An Interview with Harsha Walia – The Feminist Wire

An Interview with Harsha Walia

After reading Undoing Border Imperialisms for a review that appears today at The Feminist Wire, I had a chance to ask the book’s author some questions. Harsha Walia is an author and activist who is formally trained in the law. She immigrated from India and currently resides in Vancouver, on the lands of the Indigenous Coast Salish people, and works as an advocate in the poorest postal code in Canada. 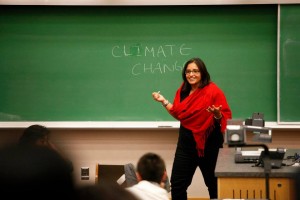 Harsha’s writings have appeared in over fifty academic journals, anthologies, and magazines. She has also been active in anti-racist, migrant justice, Indigenous solidarity, feminist, anti-imperialist, and Palestine solidarity movements for over a decade. As an activist, Harsha is a cofounder of the migrant justice group No One Is Illegal and Radical Desis. She is an organizer in the Annual Women’s Memorial March Committee, South Asian Network for Secularism and Democracy, and Defenders of the Land network, and is co-creator of the film “Survival, Strength, Sisterhood: Power of Women in the Downtown Eastside.”

Harsha has been named one of the most influential South Asians in BC by the Vancouver Sun and one of the ten most popular left-wing journalists by the Georgia Straight in 2010. Award-winning author Naomi Klein has called Harsha “one of Canada’s most brilliant and effective political organizers.” She is the winner of the Canadian Center for Policy Alternatives “Power of Youth” award.

Erin: Who did you imagine as the audience for the book? Do you hope that it will be useful for activists beyond Canada and the United States?

Harsha: The primary audience for the book was people involved in movement building. Definitely people interested and engaged with migrant justice efforts, but also broader than that because the aim of the book is to frame migrant issues within an expansive politics – within an anti-colonial, anti-capitalist and anti-oppressive framework. So the aim was to engage with a number of movements to deepen the understanding of the intersections and transnational nature of migrant justice issue. Also, a fair amount of the book is reflection on social movement theory that is application to any and all organizers—reflecting on concepts like leadership, strategies, anti-oppression, community care, decolonization which form the basis of all our movements striving towards collective liberation.

Erin: Would you characterize NOII as a feminist organization? Why or why not? Is there a better term to describe your approach to gender and reproductive justice?

Harsha: I would say almost all the organizing that I am engaged within is feminist. First, NOII in Vancouver (Coast Salish territories) and other organizing I am part of like in the Downtown Eastside (the poorest neighbourhood in Canada) and the Women’s Memorial March Committee are all led by women, and even more so by women and genderqueer folks of colour and Indigenous women. That intentional leadership of racialized women is critical, including to challenge white middle class feminism that has marginalized grassroots women of colour leadership and suggested that our issues are not what real feminism is about.

Second, these movements are centered around the particular impacts and violences on women’s bodies, women’s autonomy, women’s dispossession, and women’s labour as a result of border imperialism, colonialism, and heteropatriarchy. So for example NOII campaigns have focused on the lack of access to safety and services when nonstatus women face domestic violence or on the impacts of healthcare cuts on the reproductive health of refugee women, while the work around the tragedy of missing and murdered Indigenous women is rooted in the ongoing legacy of gendered colonial violence and its specific contours in terms of child apprehensions, poverty, and death that Indigenous women disproportionately suffer.

Finally, and I think this is critical, is an expansive understanding of feminism. To me feminism is not only about issues affecting women or those outside the gender binary—in terms of violence against women or reproductive justice—but also about completely shifting our paradigms of what justice and equality means and how we embody it – in particular our relationship to community care and the gendered division of labour that sustains it. For me feminism’s most transformative potential lies in the valuing of relational work, in care work like childcare, eldercare and emotional labour, in lifting up ancestral knowledge of grandmothers about land stewardship and how we manifest our responsibilities and accountabilities to each other, and in nurturing our communities and families through interdependency and resiliency. So dismantling patriarchy to me is as much about breaking down a system that privileges male and cisgendered supremacy as it is about breaking down a societal paradigm predicated on competition, domination, commodification, expendability, and isolation.

Erin: Do you have some examples of NOII intergenerational collaborations? In my experience with youth activist work, it was especially hard to get folks to share the skills that they had learned over time and apprentice and learn from younger activists. I just wonder if you had a good example of that working.

Harsha: No One Is Illegal in Vancouver is currently in the midst of Inheriting Resistance: A Community History Project. The explicit goal of this project is to interview and transmit oral knowledge from older generations of organizers. We have talked about everything from campaign strategies to sustainability and love. Though the project has focused on older activists within our city, people across the country and in the US have been inspired by this project. I think that speaks to a general desire to have more meaningful cross-generational spaces of learning and sharing. That is a formal example, but there are many other examples. I intentionally spend a lot of time with low-income elders of colour and have learnt invaluable lessons from them about community and family and movements. I also notice that as I got older (not necessarily in age, but older within the movement), I am spending a larger portion of my time talking with and sharing skills, for example around alliance-building and public speaking, with younger women activists of colour. It is always a fine balance – mentoring without being patronizing.  I think once we prioritize intergenerational sharing as a foundational value of our movements, and then also orient ourselves with the patience and humility and respect that requires, the possibilities are endless.

Erin: What does queer mean to you? I personally liked the quote on 272 about queering our communities and rejoicing in the unlimited trajectories of love, self-expression, and kinship, even if Miranda Joseph says that community is always complicit with capitalism. But I wonder what it means to you, and if it is related to but somehow beyond sexuality. 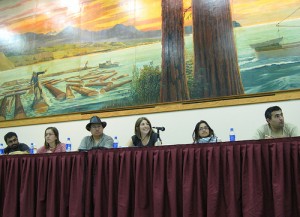 Harsha: As you point out there is certainly complicity of segments of the queer community with colonialism, capitalism and the state apparatus. That is also true within communities of colour, within feminist movements etc. If we understand anti-oppression as simply a politics of identity than of course there will be those within those oppressed communities who want to climb the social, political, economic ladder. But for me queer liberation and anti-racist movements and disability justice and feminist struggles are not solely about seeking recognition or assimilation; they are about an expansive ethical orientation towards liberation and self-determination. Enacting and embodying a queer politics is something different from equal opportunity and access within state structures or in the reproduction of capital relations at the expense of others, which is what the gaygeoisie class represents. Striving to be more visible and desirable within an oppressive system—one that is built on our social discipline and compels our obedience—will never set us free. At a community level, queering our communities would mean regenerating all forms of social and intimate relations so that we can imagine and practice the unlimited trajectories of love, self-expression, and kinship. Such politics and communities are subversive to the logic of alienation within capitalism, colonialism, and border imperialism by fulfilling our yearnings for a culture that is not synonymous with capital or consumption and by enacting our desires for connection to one another and the earth.

Erin: Since the book’s publication, is there anything that you feel like you wish you could expand on?

Harsha: One thing would be the accessibility of the book. I feel the book is somewhat accessible – for example, the majority of the book is written in non-academic language. But the book is written with a movement-based audience in mind. I did not anticipate that the book would be of interest to a broader, more general audience, and it turns out if has been to some extent. But because it was not written with that in mind, there are some fundamental assumptions around social justice concepts that would need expanding on for a broader readership. The second thing is that I wish there had been more space to expand on movement-based stories and practices. I have found people are really interested in those sections of the book and are keen in expanding the dialogue on how to strengthen and expand on grassroots movement-based structures and pedagogy and practice. And by that I mean in tangible and concrete terms. Because we often know the theory and vocabulary around it but feel deflated when we don’t see examples of things like accountability, anti-oppression, sustainability, prefiguration and decolonization working in practice within our communities and collectives.