Personal is Political: Nationhood is Both Inside of Me and Outside of Me – The Feminist Wire

Personal is Political: Nationhood is Both Inside of Me and Outside of Me

By Guest Contributor on February 6, 2014 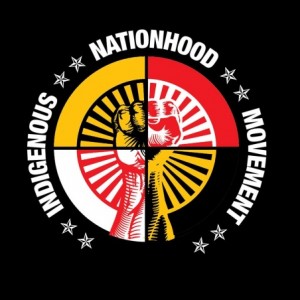 As an Indigenous woman, I am really grateful for the opportunity to talk about what nationhood means to me.  As an Algonquin Anisinaabe-kwe, the Idle No More effort and the Indigenous Nationhood Movement provide me with a renewed sense of hope.  They are as complementary as their common acronyms imply.

Some people very cleverly talk about nationhood through the motivational slogan of “reclaim, rename, and reoccupy,” as an intergenerational verb, as well as in opposition to the narrowness of the nation state. Of course nationhood is so much more.  As we engage in the Indigenous nationhood movement, there is the need for us to respect and value all the complementary discussions and models (both practical and cognitive) of nationhood in that they are just that: complementary rather than competing. 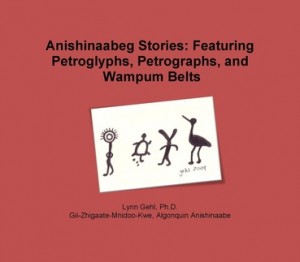 My internal sense of sovereignty and nationhood emerges from my traditional name. My name is Gii-Zhigaate-Mnidoo-Kwe, which translates to Moon Light Spirit Woman.  When I first received this name, I really did not like it as it seemed too romantic.  But after I completed a 28 day moon observation project, I changed my mind.  I now have a loving relationship with the moon and the light that she provides the Anishinaabeg.  I now accept, as it was suggested, that it is the light of the moon that will guide and direct me forward in the work I do shedding light on how Canada continues to harm mothers and babies through Aboriginal Affairs’ unstated paternity policy.

My internal sense of sovereignty and nationhood also emerges from my clan responsibilities.  Mekina Ndoodem, which translates to Snapping Turtle, is my Clan.  The Anishinaabeg clan system of governance is rooted in a responsibility based citizenship.  Despite what many people may think, JFK was not the first to birth this idea and philosophy of citizenry.  Turtle clan members hold the responsibility of intellectual work.  While I do not think I am a natural intellectual, as an adult I worked really hard to learn how to read and write in a way that I could give back to others what I have learned about colonial, institutional, and structural power.  While I admit I do write for academic journals, I also offer my work through grounded venues such as my personal website, my Black Face blog, a public Facebook page, and various online publications, including Canadian Dimension, Rabble, and here on The Feminist Wire.  We are in the midst of a social media revolution, and I have opted to harness what it offers.

I also recognize that sovereignty and nationhood is very much external to who I am.  At a practical level on the ground, Indigenous Nations require land and resources in order to manifest their own institutions and structures, such as education and health care, which are rooted in Indigenous ways of knowing and being.  It is precisely for this reason that I continually speak out about the perpetuation of colonization that continues through the land claims and self-government process.  Although I would prefer to shed tears and hide from the heart ache of this awful process, it is my responsibility to get up and speak up. 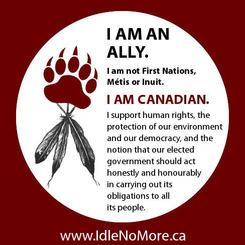 While many Indigenous Nations sit on the other side of the treaty relationship – a treaty relationship that Canada continues to deny – the Algonquin of Ontario are currently being forced to relinquish their inherent right to land and resources through the land claims process.  Sitting at the other end of the process requires a different set of responsibilities.  While I am certainly doing my part to “reclaim, reoccupy, and rebuild” and live nationhood by offering traditional knowledge and asking allies to act in a good and genuine way, all too often I am forced to exist in opposition to what the Canadian nation state is doing to the Algonquin Anishinaabeg.

After well over 25 years of so-called negotiations, Canada and Ontario recently tabled their offer to the Algonquin of Ontario.  The agreement contains too many chapters and too many sections, and is written in a language that is meaningless to the Algonquin.  What we really need to value, though, is that there are two parameters that are the most important: Land and Resources.  Disturbingly, the Algonquin have been offered 1.3% of their traditional territory and a $300 million one-time buy-out.  This does not begin to provide the Algonquin Anishinaabeg with what is needed for us to build homes, schools, and a health care system that is rooted in our way of life.  Then, there is Canada’s Unstated Paternity policy, which denies Indigenous children their treaty rights when the father’s signature is not on their birth certificate.  This policy applies even in situations of rape and sexual violence.  It is my internal sense of sovereignty and nationhood that gets me up every morning to do the work I do.

This is what I mean when I say my model of nationhood is an internal-external dialectic.  For me, nationhood is relationship between my internal sense of self and what I need to do to serve Indigenous people. 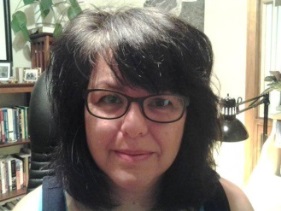 Lynn Gehl is an Algonquin Anishinaabe-kwe from the Ottawa River Valley.  She has a section 15 Charter challenge regarding the continued sex discrimination in The Indian Act, and is an outspoken critic of the Ontario Algonquin land claims and self-government process. She recently published a book entitled Anishinaabeg Stories: Featuring Petroglyphs, Petrographs, and Wampum Belts, and her second book, The Truth that Wampum Tells: My Debwewin of the Algonquin Land Claims Process, will be published in March 2014.  You can reach her at lynngehl@gmail.com and see more of her work at www.lynngehl.com.