By Guest Contributor on December 1, 2013 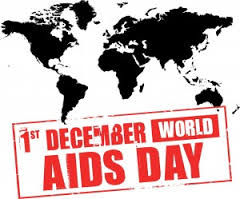 Today is World Aids Day. Today, I remember those who we have lost. I remember the ancestors we have known, the ones we can name and the ones who we only know by way of feeling. Black bodies are the bodies that have been most affected by HIV/AIDS in the U.S. and globally. In the U.S. Black Americans only make up 14% of the population, yet we account for 44% of all new HIV infections. We know that Black gay, bisexual, and MSM and Black women make up the majority of that 44%.[1] I write this today to speak to a group of people, a population that these statistics may not be able to account for: Transgender men who love, desire, and have sex with other men (cis and trans).[2] I write this because as a Black trans man who has sex with people of all genders, I have had to learn a lot on my own. There haven’t been studies done with our communities in mind. It is not common to discuss the homophobia that exists within our trans men and queer boi communities, especially among those of us who are of color.

I write to you this December 1st, 2013, with a request. Brothers, please let’s talk about IT now before it’s too late. IT is the homophobia that we have internalized. IT is the thing that makes us unable to love each other boldly, fiercely and without shame.

Even if we challenge the meanings of masculinity and manhood, those of us who are transgender men still benefit from masculine privilege. We fight for our right to be the men that we want to be. When you fight so hard for a thing like manhood it can be difficult to stand up and say: “I am a man who loves other men,” because of the fear of having your manhood questioned and revoked. It is not so dissimilar from our gay cis brothers who are constantly told that queerness negates their manhood. We are all caught up in this thing, but I believe we can work it out together.

I am also talking to masculine identified queer women who love other masculine folk, those who have been challenged within and outside their communities. Those who have been told that there is no place for their stud-for-stud loving; I affirm you and your love today. Your love challenges gender-binary-fixity.

I write this letter to start a discussion, an open discussion about our desires, our health and our well-being because often times we are unimaginable subjects, but we are here. We have seen the proliferation of something called the down low—a term that I don’t like to use, but a term that we can all understand. I am writing this note to my trans brothers and masculine of center sisters who love other masculine people—you do not need to be ashamed of your desire. You are no less man.  You are no less AG. You are no less stud. You are no less…

I have been on the receiving end of frustrating questions more than a few times. “Well, if you like men then why not just remain a woman?” Or from a gynecologist: “So you sleep with REAL men?”

I will admit that I have felt insecure. I was raised as a Black girl. I grew up to become a stud-identified lover of femme women. I chose to transition from female to male medically and physically. During that physical shift I also came to embrace a queerness that I couldn’t have accepted before having physically transitioned.

My gender is different from my sexuality, though they are indeed connected. I never felt comfortable acting on my desires for other men until I had the security of my own masculinity, my own manhood. And it is a fragile sensibility that I often have to check and have checked–what does my manhood mean?

To my queer trans brothers, I don’t write this as an indictment. I’m not asking you to come out of any closet, for I understand for too well how coming out of one closet might only mean entering a prison of another kind. I write this letter on World Aids Day, because when I started exploring my sexuality with other men before I could experience pleasure, I experienced pain and shame.

I remember one of my first sexual encounters with another brother. He questioned what it meant that he as a cis gender gay man he desired me. I wanted to prove that I was man enough. He asked me to not use a condom because it would be better. I insisted otherwise. I felt fear. If I insisted that we be safe would he not want me? I considered not being safe for a moment because I wanted to be desired. I wanted to be accepted as a gay man.

The more encounters I had, the more I realized how much I needed a sexual re-education. But whom could I talk to? Where could I find information? Much of what I learned came from the blog Trans Queers: A Transfags Sex Journal,[3] which is a great resource, but it is not enough. I thought I knew what safe sex meant, but the results of certain tests have sometimes told me otherwise. I have given up on most of my physicians, as they seem preoccupied with my queerness as a science experiment. So busy poking, prodding, exploring, doing science on my body, asking how I grew something so large down there, and then there’s not even enough time to do the exam that I came in for. It’s frustrating to have to explain 1) yes, I’m a man 2) yes, I need a gynecology appointment 3) no, I’m not crazy (even though I have a letter from my surgeon declaring the exact opposite—Gender Identity Disorder). We have to be our own advocates today, right now. We need to talk to one another about how we plan to love each other better. The statistics might not be able to account for us, but I see you. I affirm you.

I ask that you take a risk and love yourself fiercely today. I write this to let you know that you are not alone. We must protect and love ourselves. Our queer bodies are sacred and scarred. I write this, an invitation to communal healing.

Please be safe and get tested regularly. We need you. 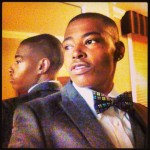 Kai M. Green is a scholar, poet, and filmmaker. He is a PhD candidate in the Department of American Studies and Ethnicity at The University of Southern California. Many of Kai’s academic and artistic endeavors are explorations of Black queer masculinities.  He is interested in the ways in which queer people of color survive and thrive in a world where they are constantly policed because of race, class, gender and sexual deviations from the heteronormative. In Kai’s recent film, “It Gets Messy In Here” he examines the bathroom experiences of masculine of center people in order to illuminate the complex ways that race, gender and sexuality are simultaneously experienced. Kai is also working on a feature length documentary film entitled, “Marching Home.” This film is about Black LGBT visibility in Black communities. Kai is committed to fighting for social justice and equality for all and he uses his art and scholarship as a platform to do those things. You can follow him on Twitter: @Kai_MG.