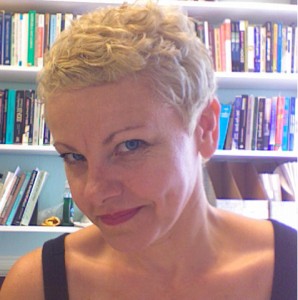 Mimi Schippers is Associate Professor of Sociology and Gender and Sexuality Studies at Tulane University, where she teaches Polyqueer Sexualities, Gender & Society, The Sociology of Sexuality, and Advanced Sexuality and Queer Theory, among other courses. Her research interests include sexuality, gender, social theory, feminist theory, queer theory, culture, polyamory and non-monogamy.

Dr. Schippers is the author of Rockin’ Out of the Box: Gender Maneuvering in Alternative Hard Rock (2002), and has written articles and essays that have been featured in Feminist Theory, Symbolic Interaction, Gender and Society, and Theory and Society. She also has work featured in Men Who Hate Women and the Women Who Kick their Asses: Stieg Larsson’s Milennium Trilogy in Feminist Perspective (2012), Introducing the New Sexuality Studies: Original Essays and Interviews (2006), and Catching a Wave: Reclaiming Feminism in the 21st Century (2004). She is currently completing a manuscript that examines the feminist and queer potential of polyamorous relationships and sexual interactions.

2Plus Blog
Marx in Drag