Op-Ed: You’re Pregnant? What a Shame! – The Feminist Wire

Op-Ed: You’re Pregnant? What a Shame!

By Guest Contributor on September 8, 2013

If you’re an English language teacher, like me, you’ll be familiar with the concept of adjacency pairs. These are call-and-response phrases that occur in conversation, like

which are more or less fixed. It’s not really an option to bring up the tenner you think you might have lost on the bus and the gerbil’s worsening conjunctivitis; you are always “fine.”’ Another example of an adjacency pair we teach students is

and again, there’s little room for deviation from the model. The following exchanges would be socially inappropriate:

“You say that now, but you’ll change your mind.”

“It’s not for me to judge, I suppose, but that seems a bit selfish.”

Why are they inappropriate? Because if someone wants to tell you about an important life decision they’ve made, one that makes them happy and causes no harm to anyone else, it would be pretty rude – and quite outside your jurisdiction – to question or damn it. Right?

Well, try telling someone you are not engaged, not pregnant, and not intending to be either in the future, and see if the same logic and empathy apply. Or don’t, because they don’t, and if I had a buttered boar for every time I’ve been subjected to one of the idiocies above, I would also have gout.

You know what? I won’t change my mind. I’m thirty-four years old and I’ve thought about this a lot, every time I’ve watched teary-eyed friends exchange vows, every time I’ve held their bald and woolly babies, every Christmas, every birthday. In the same way that I decided to make my living from teaching and writing and haven’t actually changed my mind and retrained as a blacksmith, I’ve decided that I want a particular kind of personal life. I’m a grown, educated person who can weigh up potential courses of action in exactly the same way that parents can.

It is not “a shame” to choose an unmarried, child-free life. Will I miss out on certain beautiful experiences because of my choice? Undoubtedly. Do parents miss out on other beautiful mid-life experiences because they are, quite rightly, focused on the wellbeing of their offspring? Of course. You can’t have everything, so you decide what you want the most and sacrifice the things which are less important to you. What some people want most is the warmth of a traditional nuclear family. What I want most is independence.

And it is absolutely, categorically not selfish to live this way. I’m always a bit baffled by this argument when it’s thrown at me, but I think the reasoning is something like this: competent parenting requires selflessness (correct), so if you choose not to parent you must be selfish (faulty logic). Let’s be honest here – weddings and procreation are the ultimate acts of me-me-me. I’m glad that other people do them, because I get to go to parties and do stupid voices with other humans’ small and pre-rational humans, but then I also get to go home to drink beer and write uninterrupted and book flights to Africa. There is nothing selfish about that, because I am not putting my own pleasure before someone else’s: I deliberately didn’t give birth to someone else. Do you see what I’m saying?

So the next time you, man in pub, friend of friend, or self-righteous colleague, are tempted to tell me how sad it is that adults want different things, please learn by rote the following adjacency pair:

“The marriage and kids thing is not really for me.” 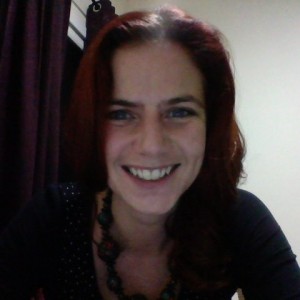 Laura Phelps is a writer, teacher, and digital nomad from London. She has worked in six countries, visited many more, and would only consider settling somewhere with perfect roadside wonton soup. She has published a coursebook, Power On, for learners of English.

Related Itemschild-freehumorPregnancyunmarried
← Previous Story Op-Ed: Don’t Call Me “Dude”
Next Story → How To Forgive Abortion When You Are the Aborter