Evelyn Blackwood on Love and Family – The Feminist Wire

Evelyn Blackwood on Love and Family

By Guest Contributor on September 3, 2013

When gay people were the deviants of society, and were accused of engaging in illicit and immoral acts, it was easy to disregard the fundamental claims being asserted in those acts.  Now that the legitimacy of marriage is one of the primary goals of the gay movement and of many LGBT people (but not all), the dominant society is beginning to agree that same-sex relationships are legitimate and might be worthy of the name “marriage” or “family.”  But this new acceptance of same-sex relationships means more than just a spicy addition to the list of acceptable human relationships.  These relationships pose a fundamental challenge to the ways we live and love.  The acceptance of same-sex relationships puts the lie to the assertion in the U.S. that marriage is between a man and a woman, and that families are made up of mommy, daddy and their biological children.  It means that all sorts of families are okay, those with two mommies or two daddies, or just mommy or daddy, or families with lots of doting caretakers and different generations involved.  It means that children don’t have to be the spitting image of their parents, faithfully reproducing masculinity and femininity, just like mommy and daddy.  Instead they can be raised to express their own identities and interests, to experiment and maybe even change the world, and above all to know that intolerance of any kind is unacceptable. 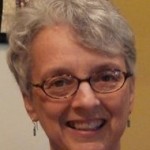 Evelyn Blackwood is Professor of Anthropology at Purdue University. She has written extensively in areas of women’s same-sex sexualities, female masculinity and transgender identities.  She co-edited two award-winning anthologies on women’s same-sex sexualities and female masculinities, Female Desires: Same-sex Relations and Transgender Practices across Cultures (1999) and Women’s Sexualities and Masculinities in a Globalizing Asia (2007). Her research on emerging sexual and gender identities in Indonesia resulted in the award-winning monograph entitled Falling into the Lesbi World: Desire and Difference in Indonesia (2010).  She is currently focusing her research on the 1970s generation of lesbians in the San Francisco/Bay Area and the tremendous changes they wrought.  She can be contacted at blackwood@purdue.edu.

Related ItemsFamilyLGBTLovesame sex marriage
← Previous Story The Liminal Space Between Love and Non-Love: An Introduction to the “Love as a Radical Act” Forum
Next Story → A Radical Love Letter to my son