You Have No Idea – The Feminist Wire

Home / Uncategorized / You Have No Idea

You Have No Idea

Until you’ve been raped, you have no idea what it’s like.

You don’t know what it’s like to walk into a crowded room and automatically note where the exits are, just in case someone decides to attack you.

You have no idea how guilty it feels to be grateful that your amazing new boss has a secretary. Because at least that means there’s someone there to hear you scream.

You have no idea what it’s like to hear someone say the word: r-a-p-e. How much it actually. physically. hurts. The acid you have to swallow back down. What kind of images it brings to the front of your mind. Images you thought you had pushed so far back they’d fall out. Images that make you realize, in that second, he is burned into your memory. Images that will be there on your birthday, and your holidays, on your wedding day, and every other normal day in between. Images that will never leave.

You have no idea how horrible it is to have to present about sexual assault to rooms full of people. How hard you’ll try to convince them that they should just be decent  and kind. But you’ll do it. Because you’re scared that if you don’t, no one else will. And then how will they ever learn?

You have no idea how terrifying it is to think that if someone else had felt as passionately as I do now, back then, I might have had no reason to be writing this essay. That I could be sleeping without these reoccurring nightmares and making love without fear.  And that I could be crying for people and things far more pressing than some boy who wouldn’t listen when I said no.

You have no idea how much it pains me to remember myself as one of those people who assumed I’d never have to worry about it or that it didn’t matter. Mostly because I grew up in the same rape culture as you, but also because we don’t consider that bad things ever happen to “good” people.

You’ll never know how many times I’ve questioned what I could have done differently. If maybe I deserved it or had it coming. You have no idea how many times someone can replay the details of ten minutes in time. You’ll never get why I do any of the things I do, or say the things I say. Why I’m so dramatic and moody one minute, and lighthearted the next. And you’ll probably think, at least once, that I’m a psychopath.

You have no idea how exhausting it is to feel this way. To get so emotional about a stupid comment, or a situation, or one word. When you feel like screaming and crying and talking and falling, all at the same time. But all you can do is put your head down and pray to a God that you’re not even certain exists anymore, for things to get better, for things to change.

You don’t know what it’s like to consider your life ahead, to plan accordingly. To wish for only boys when you have children so you can teach them to behave like gentlemen. To wish for no girls, because God forbid they ever have to live in a world where it’s normal for a woman to feel the way I feel.

You have no idea how defeating it is to hear universities tell their students that they can take rape defense classes, to know that they provide education on how to “party smart,” and that they teach girls to “respect themselves so others will respect them too.” But that they don’t teach a class for men on how raping someone ruins a victim’s life.

You have no idea how frustrating it is when people–strangers, family, and friends–tell you to find something you’re passionate about. To “be the change you want to see in the world,” but then have them shut you out, or judge you, when you try. To be the one they look at and pity, to be the one that makes them uncomfortable, or to be the one who forces them to recognize the realities of these crimes.

And most importantly, you have no idea what it feels like to write this. And don’t get me wrong, no one should have to. But so many of us do. 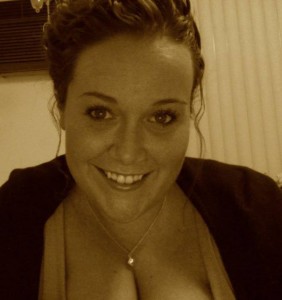 Brittany “Beebs” Burton is currently a Residence Director at Lake Forest College in Illinois. A survivor of sexual assault, Brittany works with universities to prevent sexual misconduct on college campuses by researching, writing, and presenting to students, community members, and peers. She has been previously published in Perspectives, an Upper Mid-West Region Association of College and University Housing Officers (UMR-ACUHO) seasonal magazine, discussing women’s issues in the 2012 presidential election and the appropriate ways to educate students on political platforms. Brittany has also presented her thesis research on benchmarking institutional sexual misconduct policies and procedures at the UMR-ACUHO annual conference, to her colleagues in the profession of Student Affairs.