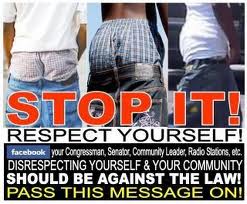 Sometimes, I shudder to think that many of the Black elders fighting against Trayvon Martin’s death might have actually held the same sentiments as George Zimmerman. Recently, there have been a chorus of Black adults who have taken it upon themselves to shame Black youth. Critics like Allen West, Romany Malco, and most recently Don Lemon have cited that the key solutions to fixing the issues in the Black community rest in pulling up our pants, getting an education, not having babies out of wedlock, and every other oft-cited narrative about the “ghetto.” Simply put, these issues are much too complex and structural to completely blame the Black community. But more importantly, while most of these statements seem like a jab at the Black community as a whole, these statements are really indictments of Black youth in particular. Who else do we picture with sagging pants or having a baby out of wedlock but a young Black “thug” or  young Black woman?

Furthermore, while these notable Black celebrities might get widely criticized, their sentiment is actually one that is often carried within the larger Black community. Black elders, while I know that you love us and want the best for us, ya’ll be doggin’ us sometimes!

Many elders in the Black community are quick to place the burdens of the future on Black youth and are just as quick to talk about how we must be uplifted. But as a young educator and 21-year old Black male, it has become increasingly clear to me that sometimes many Black adults don’t like Black youth. At least, not in practice. They theoretically herald us as bastions of the future, but then out of the same mouth deride our culture, music, mannerisms, and suddenly act as if Black youth were some immortal and inert group that dropped out of the sky in 1985 with the sole task of demolishing the Black community. I cannot recant how many times I have been at a panel or forum about some issue within the Black community before an elder rises up and sounds off (to affirmation and applause) that the youth are “lost” or wayward.

This is not meant to antagonize elders in the Black community, but is rather a request for them to critically think about how some of them show their love, or lack of it, to us. I was raised to revere my elders, and there is wisdom maintained by many elders that cannot be dismissed or reduced.  Of course, we need to strengthen the bonds between generations. But sadly, as a young Black male, I don’t often experience my elders celebrating us. I don’t hear them talking about how Black youth came out in unprecedented droves to vote for Barack Obama or how Black youth statistically use less drugs than other demographics. They don’t talk about how hip-hop has become a global phenomenon, and it was an art form created by Black and Brown youth. They don’t talk about the youth who were at the forefront of the Civil Rights Movement, probably some of the very same elders to whom I’m talking, who were in activist groups like the Student Nonviolent Coordinating Committee (SNCC). And these youth probably had cultural norms and fads that the generation before them found threatening. Nor do they celebrate the youth-led activist groups today, like the Black Youth Project 100, the Dream Defenders, and the many other youth-led movements that are rising up to fight the injustices set upon our communities. And even when they do celebrate those of us who finish school, get jobs, and every other stereotypical aspect of the American Dream, they treat us as exceptions–as if we are the “talented tenth” who managed to keep our heads on straight in the fury of young chaos.

Yes, Black youth have much to learn and we must do the work to reach out to our elders. We are products of a generation that has taught us to fight and to be resilient, and that has paved the way for our success. But I am often discouraged by, what seems to be, a lack of faith in our ability to succeed and the lack of willingness on the part of our elders to extend their hands towards us. Why else would they constantly repeat conservative myths and not try to see us for who we actually are? Black youth need empowerment, but to empower us our elders must trust us, see us for who we are, love us genuinely, and treat us accordingly. While many might think commanding (or legislating) us to pull up our pants is love, it is not. It is merely blaming us for problems that were here before we were. 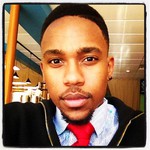 Aaron Talley is an activist, writer, educator, and blogger for the Black Youth Project. He is also a member of the youth-led activist organization the Black Youth Project 100. He is currently a graduate student in the University of Chicago’s Urban Teacher Education Program and works with youth on the South Side of Chicago. He is from Detroit, Michigan. You can follow him on Twitter @Talley_Marked