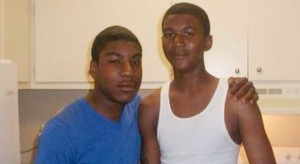 Gender and racial inequality are intertwined in ways the Trayvon Martin case highlighted.  Historically, the safety of White women has been used to justify violence against Black men. We must not tolerate it.  Justice for Trayvon Martin is a feminist struggle, and White feminists like me must show up in the fight against the murder of young Black men.

Since the end of legal slavery in the United States, young Black men have been targets for murder by White men. Black men are demonized as violent and punished for fear of their perceived violent tendencies. Lynching became a popular form of terrorizing newly freed ex-slaves in order for the White elite to maintain White Supremacy. The most typical form of lynching used to be hanging and has now evolved into shooting.

Black men used to be killed because of conscious racism against them. Modern lynchings often happen because of unconscious biases that social science shows most Americans hold.  Social psychologist Joshua Correll found evidence of racial bias in responses to Americans in deciding whether or not to shoot and he termed this “shooter bias.”  Shooter bias is the tendency of Americans, regardless of race, to shoot Black men over White men, even when they are unarmed.  While our racism is now [sometimes] unconscious, it still leads to the murder of young Black men and is a part of a historical trend of bestowing fear in Blacks and maintaining social control by elites.

Some states systematically encourage lynching by enacting Stand Your Ground Laws. States with these laws have an higher rate of White on Black homicide rates.  Trayvon Martin is not the only Black man or youth murdered recently in a style resembling modern day lynching. Oscar Grant’s murder in 2009 was highlighted in the recently released film “Fruitvale Station.” Every major city across this country has stories of young Black men murdered, often shot, without cause other than the crime of being young and Black.  Most perpetrators of these modern lynchings avoid any punishment for their crimes, just as they have throughout history.

In George Zimmerman’s trial, his lawyers showed the jury a photograph of one of his White women neighbors and suggested that he was protecting neighbors like her from the perceived violence of Martin. They then held up a sexualized photograph of shirtless Martin to evoke classic justifications for lynching in the United States.

The other side of this system disempowers and justifies violence against Black women.  According to Angela Y. Davis, the image of violent Black men deserving of violence is paired with a demonization of Black women. This demonization discredits Black women and makes them more vulnerable to gender-based violence. 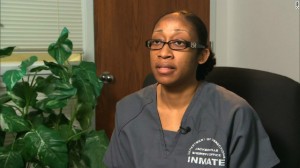 The recent treatment of two Black women highlights how this manifests today. The first is Rachel Jeantel, the young woman who was on the phone with Martin while Zimmerman was stalking him.  Jeantel was demonized by the Defense, the media, and even members of the jury.  One jury member recently said she feels sorry for Jeantel  and demeaningly critiqued Jeantel as lacking education and communication skills.  In a different trial in Florida this month, Marissa Alexander was sentenced to twenty years in prison for letting off a warning shot against her estranged and abusing husband, Rico Gray.  Alexander had a restraining order against Gray due to a history of domestic violence.  Both Alexander and Zimmerman were subject to the same Florida “Stand Your Ground Laws,” but her jury found her act guilty, even though she hurt no one.

The judge and most of the jury for the George Zimmerman trial was made up of White women.  Yet some White women demonstrating for justice for Martin held signs that read, “I am Trayvon Martin.”  In reality, we are the judge and the jury that acquitted his killer.  If White feminists like myself want to join in coalition with Black and Brown people for gender justice, we must stand up now against racism and these modern day lynchings.  We must stand up to the racist justifications floating around in conversations about Zimmerman’s Lynching of Martin.  Racism and sexism are intertwined, and we must fight them both.

Despite this, White women have traditionally been absent from the fight against lynching. Instead, we sometimes feed into the ideology of needing protection from violent Black men.  Susan Brownmiller, a White second-wave feminist who wrote the famous Against Our Will: Men, Women and Rape, portrayed Black men as sexually violent and targeting White women.  This type of discourse and lack of feminist attention toward lynching exposes some White feminist activism against gender-based violence as naïve and hypocritical.

Zimmerman was accused of domestic violence by his former fiancé and of molestation by a cousin.  He is a man perpetrating gender and racial violence, but despite this, some White women are defending him and his actions and some White feminists remain silent.  As Salamishah Tillet argues, if Zimmerman was held accountable for his violence against these women, perhaps Martin would be alive today. 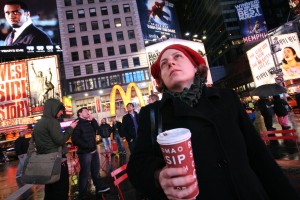 Debra Guckenheimer, PhD is a writing and dissertation coach, sociologist, researcher, and activist. Her award winning writing can be found in Women’s Studies, The Conducive Chronicle, Imagined Magazine, and Fem2.0. She can be found on Twitter @dguckenheimer.

Related ItemsActivismBlack WomenBlack YouthfeminismGeorge ZimmermanInjusticeracismTrayvon MartinWhite WomenWomen of color
← Previous Story To Sustain and Nourish Us as We Work for Justice
Next Story → Carrying Trayvon’s Body: What is to be done?