Carrying Trayvon’s Body: What is to be done? – The Feminist Wire

Home / Activism / Carrying Trayvon’s Body: What is to be done?

Carrying Trayvon’s Body: What is to be done? 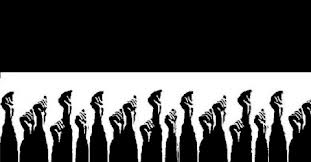 To live in this world as Black people is to be confronted by the possibility of harm at every turn, to live with and manage perpetual anger, frustration, and disillusion. As intersectional peoples, we, along with aligned people of color, women, the working-class, immigrant populations, LGBTQI communities, and differently-abled persons recognize that the stability, health, and vitality of U.S. citizenship is premised on our mass exclusion. This reality is not new but it is differently situated and considered in this moment in which we are offered charming fictions that dismiss race and the structures that built and now perpetuate it as a sign of radical and punishable difference.

Yet, and still, some of us are brave.

A majority of us are sighted. A majority of us are invested in a future—one free from violence—and we must rally all strength in order to not only describe what is but also what could be. This is the realism theorized and practiced by writer-activist Lorraine Hansberry and so many others who came before us. Those fighters like Du Bois and Robeson and Lorde and Baker who assisted in setting the stage and enacting the freedoms that we are told are ours but those that we see, everyday, cannot be claimed. We know (as they knew), beyond a shadow of a doubt, that we cannot trust in the systems designed and intended to dismiss us. Therefore we construct and mobilize our own responses and agendas.

How can we be visionary in our moment of radical inequality and death-making? Even as I write these notes I’m unsure of my own ability to see beyond what I feel, beyond the numbness that set in after the Zimmerman verdict—a numbness formed through a heady blues of rage, sadness, and isolation. At that moment I uneasily accepted that feeling but today, after crying over Trayvon’s image, I willed myself to seek something different. If I am who I say I am—someone committed to the exposure and end of Black and brown death, dying, and punishable difference—then I must summon all resources at my disposal to continue the project of liberation and to grapple with my role in its success.

Liberation always has been and ever must be a communal project; it will not come from any single mind or leader but must be collectively labored over and debated on many different scales (home, neighborhood, city, state, etc.). What I offer here are some preliminary actions, thoughts, hopes, and dreams that might continue a conversation and strategy for our shared ambitions of a future world.

Feel: Violences against Black people have centralized our caricature as irrational, inept, inarticulate, incapable…all of which we saw play out in the Zimmerman trial. Our capacity for feeling has always been under a microscope and undermined as a way to diminish our humanity. Feel however you feel about this event. Be hurt, prideful, numb, angry, distant, militant, disgusted, enraged, grief stricken and talk about why.

Know your rights and know that they may not be honored: What do you do when confronted by law enforcement? The American Civil Liberties Union gives you a best practices list to protect yourself. You should also know what to do when confronted by law enforcement’s excess of vigilantism—the George Zimmermans of the world (of which there are many, many more) who are produced by but not accountable to the law. Some of the ACLU’s guidelines are applicable in this category as well, however, we need to think of what additional safety measures need to be in place should you or a loved one be confronted by a delusional, racist neighborhood watch volunteer or their proxy. Develop a collaborative list that meets the needs of your situation and community.

Boycott Florida: Like the boycott of Arizona after SB1070, this act announces our collective rejection of Florida’s juridical apparatus in the wake of the Zimmerman judgment. Beaches, waterparks, and spinning teacups are not worth enlivening the Florida economy of racism and bloodshed.

Talk about Trayvon: If you’re an emcee or singer, write him into your verse. If you’re a visual artist, show his image. If you’re a teacher, discuss him in your classrooms. If you’re a laborer, wear his name on your uniform. The long history of Black violence proves to us that what happened to Trayvon is not exceptional but he is now a present marker for those histories that needs to be thoughtfully and assiduously revived. We have the opportunity and responsibility to bring him to life. Ase.

Show yourself: Be a body in the street, an ally on television, a voice on social media. We can debunk one of white supremacy’s greatest ambitions: the erasure of our bodies and contributions. Those of us still here must be the evidence of white supremacy’s failure by being its everyday challenge.

Haunt George Zimmerman: Zimmerman will inevitably seek to make money from this event whether it be through supporter donations, speaking engagements or book and television deals. We need to be present in those moments to remind him (and the world) that he is a racist and a murderer. Those of us who seek justice should fill every talk, book signing, and celebratory event. We will protest and heckle and Be Black everywhere that he is.

Fight for Marissa Alexander and all who are caged in the imprisonment regime: Alexander, a Black woman, was sentenced in May 2012 to twenty years in a Florida prison for firing a non-lethal gunshot into a wall to protect herself during a domestic violence dispute with her husband. Like Zimmerman’s, her defense relied on the state’s “Stand Your Ground” law, proving its radically uneven application from defendant to defendant. Alexander is here and we have the power to assist in her freedom.

Align: Find like-minded people with whom to share and think and strategize. Movements are made, not given. As June Jordan told us, “We are the ones we have been waiting for.”

Shana L. Redmond is an activist and writer, scholar, and professor of Black culture and politics. She can be found on Twitter at: @ShanaRedmond.