Assata IS Free – The Feminist Wire

We would meet in the dreamworld where it was safe for me to ask you anything and no one would hear the answers but me. In this far off place where the Nile murmured in the distance and the air was ripe with the scent of freedom, you would fill my head with stories of revolution. We would huddle together in a secluded corner away from the stretch of earth where the bodies of the fallen ones laid like strings of black pearls; their blood and tears glistening in the fading sun. They must be heartbroken to not even be able to imagine the prospect of others taking their place. But there is glory in your eyes and hope on your breath. There’s a passionate fire ablaze in you, Assata. One that seduces each generation to stand in solidarity with you and call you sister, fighter, comrade.

There are no words, snugly placed into vague definitions, that can corral the essence of her struggle. It was as if she had taken a little girl and placed her upon your shoulders for a joyous ride through time and space. We would walk along streets paved with limitless possibilities, looking towards the future. The woman I always wanted to become lived in the pages of history books and reigned supreme in political slogans plastered across t-shirts and bumper stickers. And as she morphed into a legend, I became convinced of one fact, that Assata’s freedom was inextricably linked to mine and any attempt to silence her voice is an attempt to muzzle mine along with the young militant flowers that were yet to bloom. The truth cannot be led to slaughter and it cannot be doused by the unforgiving water of putrid lies.

Women will be the bringer of light onto a world blanketed by darkness. I learnt that there will never be reason enough for me to reject or submerge my greatest power. Women have always been at the forefront of every struggle, fearlessly assaulting the consciousness of oppressive regimes, forcing them to their knees. Where Assata became a mirage in terms of tangibility, towering figures like Beverly Jones arose. Beverly arose with such marked authority that immediately I knew that the fight for freedom would be fought and ultimately won by women, forcing a dazed and confused society to finally appreciate the debilitating role of gender oppression and sociopolitical marginalization.

The work of our sisters in the struggle caused us to voluntarily remove ourselves from the welfare line and, instead, firmly plant our feet along battle lines. We recoiled our outstretched arms to bear arms. In an unprecedented display of extreme courage, we began to see that elevated collective consciousness could be a radical weapon in the hands of the frustratingly oppressed. Women would once again feature prominently against the social tapestry which once threatened to remove them from the discourse. The central impetus would become a complete integration of women into foundational organizations that confronted real issues and not just those tailored to suit a feminized perspective or paradigm.

In instances where the state failed to protect citizens against racism and political absolutism, the people, particularly the women, have met its strong-armed tactics with brute force. Whether they feared that their individual freedoms were being jeopardized or the rights and freedoms of their children hung in the balance, the first response has always been to fight. The fight is never solely a physically violent one, but rather a struggle to harness and systematically configure the minds of the oppressed into firstly realizing the presence of oppression and then targeting and eradicating the source of the domination.

All black responsive organizations have traditionally adopted as their core principles the need for a thorough “black washing” of the minds of its proponents and, by extension, its supporters. Education has been the most effective tool in an effort to restore balance within societies where the socioeconomic and political centre has been off kilter for an unjustifiably long time. The interconnectedness of Black redemptive organizations throughout the world espouses the same tenets, advocating for economic and political liberation. Therefore, the call to strengthen the foundation of historically disenfranchised people around the world is a singular cry that echoes a unified global sentiment.

Assata and her struggles implicitly solidified the ideology that nationalism was an absurdity, a trick that allowed a group of people to substitute good sense for patriotism. Nationalism was instrumental in no other way, except in dulling the senses against the desire to rise up against its cunning despotism, which gave the people religion and false food to nourish starving carcasses. Organizations like the Black Panther Party and The National Joint Action Committee (NJAC) in Trinidad and Tobago served to dispel corrupted notions of nationhood and propelled the minds of black and brown people universally to think of brother and sisterhood.

Consciousness-raising provides a fertile platform for reclaiming the minds of the dispossessed. Assata’s work within impoverished communities brought about the dawning of new possibilities, which, before, seemed too far fetched to even imagine. A freedom fighter turned fugitive is a travesty that history will place into its eternal records and those who lead the hunt for Assata will by their own hand condemn themselves. The U.S. Government, in asserting itself against Assata, has shown blatant disregard for the sanctity of organized resistance and its role in overturning injustices and righting the wrongs that a society heaps upon itself in assumed ignorance. As a consequence, the label of terrorist that has been affixed to Assata’s actions also insults the actions of all other groups that have advocated for change through political resistance. Surely, there must be some recollection of how other progressive groups were left with no other options other than that of organized resistance against the dominating ruling class.

Black armed struggle has never been the desired course of action. It has been the last line of defence in most, if not all, cases, but it has generated the results sought, in the immediate or the realizations of freedoms for future generations. Even as the U.S. government engages in its relentless pursuit of our Black Queen who has been forced into a cave, constructed by the mortar of politics, in my eyes and in the eyes of many, Assata is free. She is not JoAnne Chesimard, she IS Assata Olugbala Shakur, the uncontainable. A wombman whose name I have adopted as my own, and for this reason and many others, her legacy will live on for all eternity. Rest easy, dear sister, for when your strength dwindles, you can have mine, which I have stored up for a time such as this. 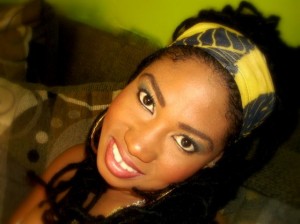 Safiya Olugbala is an educator and strong supporter of African Consciousness, especially among the youths. She is also the Director of the Black Awareness Society, an NGO that focuses on black business and land ownership, education, and family. Safiya is also the communications specialist for a Wombmen’s Organization whose central focus is the upliftment of Rastafari, particularly in the area of education and self-reliance. The organization, Roots Dawta Connection, is in the process of constructing an independent educational facility that hinges on Ancient Eastern tenets as laid out by His Imperial Majesty, Haile Sellassie I and Marcus Garvey. The school, dubbed “the nature school,” encourages students to learn from the energies that surround the physical self, and facilitators at the institute impress upon students the need to educate themselves, to educate others.

Related Itemsassata shakurblack panther partyNational Joint Action Committee
← Previous Story What Will It Take to Free Our Political Prisoners?
Next Story → Conclusion: Shakur or, a Primer on the Difference between Morality and Ethics