A Matter of Time – The Feminist Wire

Home / Activism / A Matter of Time

A Matter of Time 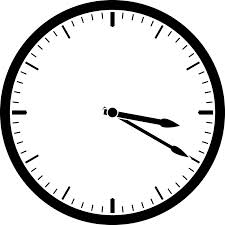 “I know you are asking today, “How long will it take?” Somebody’s asking, “How long will prejudice blind the visions of men, darken their understanding, and drive bright-eyed wisdom from her sacred throne?” Somebody’s asking, “When will wounded justice, lying prostrate on the streets of Selma and Birmingham and communities all over the South, be lifted from this dust of shame to reign supreme among the children of men?” Somebody’s asking, “When will the radiant star of hope be plunged against the nocturnal bosom of this lonely night, plucked from weary souls with chains of fear and the manacles of death? How long will justice be crucified, and truth bear it?” I come to say to you this afternoon, however difficult the moment, however frustrating the hour, it will not be long, because “truth crushed to earth will rise again.” How long? Not long, because “no lie can live forever.” How long? Not long, because “you shall reap what you sow.”…”How long? Not long, because the arc of the moral universe is long, but it bends toward justice.” (speech delivered by Dr. Martin Luther King, Jr., on the steps of the State Capitol in Montgomery, Alabama, after the successful completion of the Selma to Montgomery March on March 25, 1965)[1]

In another time
I arrived here
in chains, unfree,
spoken of in extremes

too Black, too loud, too strong, too fertile, too sexual, too diseased

forced across seas,
beyond reason, into madness
my voice not lost
but stolen
a Baobab tree
etched into my remembering back

400 years have passed
& I have not yet learned to navigate
the hyphened space
between the African & the American
me
but who counts the seasons?

Ma Rainey sang her blues for me
like Bessie did, and Billie
crooned Strange Fruit
while Zora told of eyes

that watched for gods

My mothers: grand, great and just
were blues women, too
sensuality & soul sifted through

In the timbre of their tune I hear the call,

I channel these mother tongues on stages
& street corners, in classrooms, on pages
in languages of resource & policy
in places sacred & profane
my scream reverberates from inner
to outer and cyber space
biting words rush from my mind like
self-emancipated slaves
they burn my lips, my fingertips
unmasking my invisibility
leaving people to wonder,

Do you not see arms that ache
for babies lost and stolen?
sold in marketplaces, on auction blocks,
to private prisons and for-profit care,

collective & private
wombs: cut off/cut out
after birthing & wet-nursing america
to her magnificence

Perhaps my anger reflects
the tiredness of my pain

Chants of democracy
lose meaning in survival struggle
that consumes each new thought in utero,
necrotizing the flesh from action

While before my eyes,

In the cramped quarters where

Where once feared street thugs called GDs[2]
are choir boys, singing in the shadows of

The margins are filled with those like me
who, overwhelmed with jingoism,
consume the goods of life
marked Made in China

while the public goods

remains elusive to our grasp

I stand here
not alone, but with the ghosts
of mothers/sisters/aunts/nieces/daughters
crowding my space,
speaking through bodies, real

We gather here to commiserate,
cleanse ourselves with holy water,

and swear our oath of r/evolution
this poem our offering to life
& light/hope & healing,
peace, love & the desire
to draw breath
one day again
free

I heard in his question, “How long ‘til freedom?”
Call: How long? Response: Not long

who really counts the seasons?

[2] Chicago street gang known as Gangster Disciples, who like other urban street gangs, are held directly responsible for terrorizing the Black and Brown communities.

Amira Davis is an artist and educator in Illinois.

Related Items
← Previous Story An Open Love Note to My Son: On Mourning, Love, and Black Motherhood
Next Story → What Assata Means to Me