Let us be clear at the outset: here at The Feminist Wire, we’re fans of the Sixth Amendment and believe that everybody deserves a fair trial, including the right to defense counsel. But honestly, does defense counsel (or the prosecution, for that matter?) have to be so relentlessly sleazy? We’re pretty sure the Bill of Rights does not call for smearing witnesses through gleeful invocation of racist and sexist tropes.

We ask: Should winning at all costs trump human decency and broader movements toward social justice and equality? 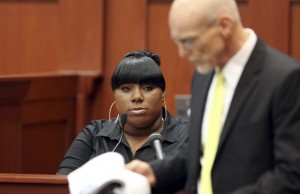 Consider the behavior of George Zimmerman’s defense team, particularly Don West and Mark O’Mara. They seem to have forgotten that their client, George Zimmerman, is the one on trial for murder in the Trayvon Martin case. Instead, in recent days they have behaved as if witness Rachel Jeantel is on trial. The 19-year old high school student, a friend of Trayvon Martin since the second grade, testified for the prosecution, and has been vilified for it by the defense team and the public.

Why? Because she is “a young woman, dark-skinned and overweight” and, although she speaks three languages (English, Haitian Creole, and Spanish), has been treated by West as if she is both stupid and incompetent. Jeantel has become the target not only of zealous defense attorneys with a case to win, but also of the public–white and black alike–many of whom have castigated her for her presumed “illiteracy” and “ignorance.”

In Rachel Jeantel, we see the pernicious intersection of race, gender, class, appearance, syntax, and nation. And we are repeatedly told, by defense attorneys and the public, that she is a “bad” witness. At the heart of these statements and assumptions is the underlying belief that Black girls are not allowed to be truth-sayers. Black girls are not “legitimate” witnesses. Black girls should not speak, and if they do, there will be repercussions. Especially if said Black girls use the (perhaps accurate) term “creepy ass cracker.”

Rachel Jeantel is “on trial” because she is a Black girl speaking her truth–and because she is offering some devastating hits to the Zimmerman defense. The defense can’t counter the truth of her words as to Trayvon Martin’s last minutes alive, but they can counter the “truth” of her existence through the convenient manipulation of stereotypes.

Shame on the Zimmerman defense team, and shame on those who would vilify Rachel Jeantel–a grieving young woman who lost her best friend–for testifying in this case. In sharing her truth, and her profound loss at Trayvon’s death, she has become both spectacle and diversion. If any justice will be served in this case, it will not come through the persecution of Rachel Jeantel. 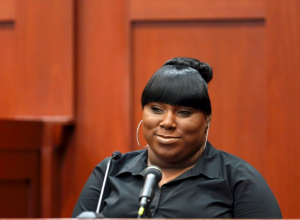