The Military Rape Problem is Not About Women or Sex

I may be just one more voice in the wind when it comes to this issue, but I just can’t stay quiet in the face of so much rhetoric about ‘rape culture.’  I want to add my energy and words to the current outcry about the pervasive problem of sexual assault in the military in a way that speaks to the root of the issue.  Our society is a violent one and unless we can be honest about the way in which that violence affects every one of us and the myriad ways in which it manifests itself (gang violence, mass shootings, rape, assault), we can only chip away at the surface in anger and frustration, instead of having an authentic conversation about how to deal with the effects. The military is but a microcosm of American society and its culture of violence and rigid pecking order has a great deal to do with the prevalence of rape within its ranks.

Let me just say this: RAPE IS NOT ABOUT SEX. RAPE IS ABOUT POWER, CONTROL AND VIOLENCE.

In early May, Air Force General Mark Welsh testified in front of the United States Senate with regard to the alarming number of sexual assaults in the military.  He explained it by saying, “Some of it is the hookup mentality of junior high even and high school students now, which my children can tell you about from watching their friends and being frustrated by it…”

His implication that non-consensual sexual activity occurs as a direct result of young people assuming that they can have multiple sexual partners and/or casual sexual encounters without consequences is a dangerous one.  There may indeed be a degree of promiscuity present in the military, but it has nothing to do with rape.

Rape is no more about sex than vacationing in Paris is about the Boeing 767 you took to get there. Sexual trauma is one method, one vehicle used to inflict pain and humiliation on someone. It is the mode of violence in this case, the way that the perpetrator achieves power and control.  Shaming another human being is a great way to keep them quiet.

Among the voices rising in outrage at Gen. Welsh’s remarks was Nancy Parrish of Protect our Defenders. Although I admire her work and her passion, part of her statement rebutting Gen.Welsh’s ‘hookup’ remark struck me as misguided:

“General Welsh should know that the solution lies in reform of the military justice system and culture of misogyny, victim blaming and failure to prosecute perpetrators.”

This week, Senator Chambliss (R.-Ga.) displayed his lack of understanding of the core issue by saying that “…the hormone level created by nature sets in place the possibility for these types of things [rape and sexual assault] to occur.”

If rape were about sex, men would not be violating other men sexually with foreign objects like broomstick handles. If the ‘overly hormonal’ perpetrator was simply seeking sexual satisfaction, they would likely (openly or not) self-identify as either homosexual or bisexual. These attacks would not be as violent as they are, nor would they be perpetrated by multiple individuals against one other, if rape were about sex. These attacks are about control, power, and humiliation, plain and simple, not misogyny or testosterone-gone-wild.

If rape were about sex, it would be useless as a war tactic.  Are we to assume that bands of rebel soldiers invading a small African village with intent to rape the women are simply horny? That a group of boys who stalk and gang-rape a young girl are experiencing synchronized arousal?  It is difficult to separate violence from sex in cases of rape, but that doesn’t give us license to disregard it as the root cause.  It is far more difficult to talk about sexual assault than it is to talk about stabbings or beatings, but a victim with a gunshot wound is no more at fault or inherently shameful than a rape victim is. Passing off rape as the result of ‘hookup mentality’ or ‘hormones’ belittles the brutality and misinterprets the intent of such attacks.

Until we as a country, a culture, and a society acknowledge that rape has nothing to do with sex and everything to do with violence, we cannot hope to prevent sexual assault.  Labeling sexual assault more ‘sex’ than ‘assault’ is a perilous way of distancing ourselves from an honest discussion about the violence inherent in military culture, where power and control are fundamental objectives. 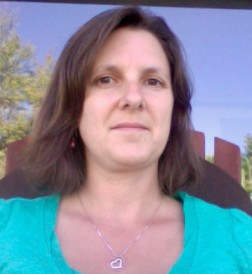 Kari O’ Driscoll is a writer with a background in medical ethics and quality assurance. She writes about social justice, women’s issues and parenting for the BlogHer Publishing Network at the-writing-life.blogspot.com. Her work has appeared in Buddha Chick Life magazine and anthologies about women’s issues and she will soon publish a book on reproductive rights. She is active with the Women’s Funding Alliance and committed to helping girls and women use their unique perspectives to make the world a better place.