some, hooded, hide their faces hands inside their sleeves

some, uncovered, wipe their tears, brood in fabric’s fold

To think of time, all that was taken

Have your shadows relieved the blood path?

Have you gathered the future vertical broken seam?

Have you welcomed those new constructions?

To think what living braced before your migration

before city became something other

Then to think you and I did nothing

To think how we remained fleeting darkness

The past, clarity’s brief pockets

If the future is this fissure river, your life lines elsewhere.

what there is not, love, is sun

only for slight light to rift

along with few autumn leaves

more gold in their intrusion

a rug both plant and animal

the way one is drawn in

cleavage of body and matter

I wind the yarn tied invisibly to the center of you

what breaks out is birds

leaves admit and defy at once

in the heart of the room,

I pulled at the center of you,

and life came spilling out.

The following art pieces about death were points of departure for the poems included here:

The Mourners, Jean de la Huerta, Antoine le Moiturier, from the Tomb of Due John the Fearless and Margaret of Barvara, 1443-1456. 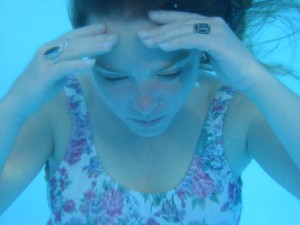 To visit Stockport Flats, publisher of the last will be stone, too, go here.

To buy the last will be stone, too, go here.