Op-Ed: Why We Should Ditch the Slow Food Movement – The Feminist Wire

Home / Feminism / Op-Ed: Why We Should Ditch the Slow Food Movement

Op-Ed: Why We Should Ditch the Slow Food Movement 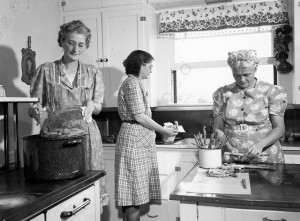 Apparently, pursuing Women’s Right’s has led to the downfall of the American diet.

At least, this is what Michael Pollan unfairly implies in his 2009 article stating that “[appreciation for cooking was] a bit of wisdom that some American feminists thoughtlessly trampled in their rush to get women out of the kitchen.” Pollan has written four books dealing with food and eating; his most recent, Cooked: A Natural History of Transformation, is hitting store shelves. Pollan, an advocate for the Slow Food Movement, calls for an appreciation of traditional cooking that involves the use of fresh, local, and organic ingredients, as well as slaving over a stove for hours at a time in order to prepare a meal. 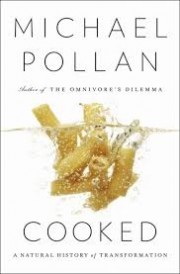 Some of Slow Food’s central tenets clash with feminist ideals. Pollan makes this painfully obvious when discussing America’s shift from consuming thoughtfully “slow” prepared foods instead of mostly processed foods. He notes that at first glance, this may seem like a blessing, especially for women, but in reality, it is heavily contributing to Americans’ unhealthy diets. The industrial foods that Pollan and other Slow Foodies attack have indeed been a crucial tool in liberating both women and men from the hours spent toiling in their kitchens. While these foods have led to a different way of interacting with food, this doesn’t justify villanizing feminism or processed foods for that matter. Especially when the effects of processed foods have not been all negative.

Maybe what we should be scrutinizing is the radical approach that Slow Food demands. Of course, growing your own fruits and vegetables, making your own pasta from scratch, and simmering homemade tomato sauce for hours on end to achieve the perfect consistency can be extremely rewarding. But, how rewarding is this when it’s expected of every single meal? This is what Slow Food entails and what Pollan vigorously promotes throughout much of his work.

Unfortunately, not all Americans have the luxury to spend hours upon hours preparing their meals from scratch. Pollan fails in not acknowledging in his writing the working families, the single parent households, and the struggling college students who cannot afford to spend all of their earnings on organically grown local foods and who do not have the time to spare in cooking elaborate meals. Worse, it is irresponsible to condemn processed foods in the way he has. In stating that “processed foods have so thoroughly colonized the American kitchen and diet that they have redefined what passes today for cooking, not to mention food,” Pollan offers a negative perception of processed foods without any mention of how completely impossible it would be to feed the 7 billion people on this earth without them.

Of course, I’m not calling for us to roast Pollan on a spit and to set fire to all of our organic local farms. What I am proposing is a middle ground of sorts. To do away with the dichotomy of good food vs. bad food, natural vs. processed; to move away from such a radical standpoint and to understand that good food—and good eating practices—can come from both natural as well as processed.

In moving away from the discourse of Slow Food, we must first understand that this movement has reinforced a negative view of the word processed. Any time we think of processed foods, what immediately comes to mind is junk food full of sugar and salt: chips, cookies, candies, soda. However, we need to begin considering that healthful foods such as frozen and canned fruits and vegetables, whole grain pastas, cereals, breads, cheese, milk, yogurt, and prepared soups, sauces, and proteins all undergo methods of processing. 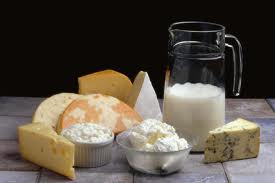 Food processing allows for fruits and vegetables that are out of season to be readily available all year round (and to more people), helps to extend the shelf life of our food so that it doesn’t spoil so quickly, and makes some foods safer to eat by destroying dangerous bacteria they may contain. Most importantly, processing has freed us from the grueling and time-consuming processes our forbearers endured in order to enjoy tasty nutritious meals.

So I have to ask: What has feminism so thoughtlessly trampled? Because I don’t think it was as much a sense of wisdom as it was a narrow and judgmental belief about the roles women “should” take on. This is not to say that we should disregard America’s dysfunctional relationship to food. But reinforcing an injurious notion that feminism has harmed society does nothing to resolve the issue of how we relate to food, or how and what we eat. What will help us to further this cause is developing a more inclusive understanding of food, as opposed to the restrictive views Pollan fosters in his books. To feed well all of the people, we need to demand the highest quality food, both natural and processed. And we need not demand that women return to the kitchen. 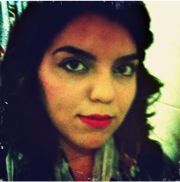 Karen Hernandez was born and raised in Long Island, New York and currently resides in New York City, where she is an undergrad at Columbia University. She is studying Human Rights and is especially interested in women’s rights and empowering women through education. She is aware of the pressure society places on women to look a certain way and because of this, she has taken a great interest in learning more about the relationships we have with food and health.  Karen has attended public schools for most of her life and is a recipient of the 2012 SUNY Chancellors awards for Student Excellence.