COLLEGE FEMINISMS: Why I Haven't Given Up on Hip-Hop – The Feminist Wire

Home / College Feminisms / COLLEGE FEMINISMS: Why I Haven't Given Up on Hip-Hop

COLLEGE FEMINISMS: Why I Haven't Given Up on Hip-Hop

When did you first fall in love with hip-hop? 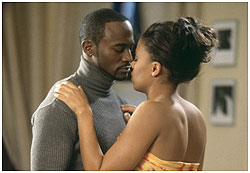 This question frames one of my favorite films, Brown Sugar (2002). The film explores the relationship between two childhood friends, Sidney Shaw (Sanaa Lathan) and Dre Ellis (Taye Diggs), through the progression of hip-hop — best chronicled in the classic track “I Used to Love H.E.R.” by Common, one of my all-time favorite tracks (H.E.R. – Hearing Every Rhyme). Both Sidney and Dre are in love with hip-hop — and each other.  Still, prior to accepting this they encounter numerous struggles.

It was this film that made me fall in love with hip-hop. I first watched it when I was around 13 years old, a few years after the film was released. Something renewed within. My previous relationship with hip-hop was tense. I hated the disrespect toward women and how this made me feel.  I saw no place for a girl like me to thrive while enjoying its rhymes. Still, I found hope in Sidney.  She remained committed to hip-hop, regardless.  Growing up with Dre, they shared many fond memories — from hearing “The Bridge is Over” for the first time to “You Gots To Chill” at their sophomore skate party. And even through its transitions, when hip-hop started to take off and project a different kind of message, Sidney chose to hang on to the parts that made her fall in love.  This, at the time, was foreign to me.

Why love something that doesn’t seem to love you back? 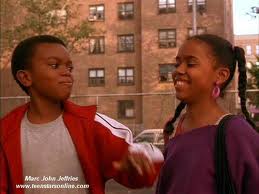 Still, I loved the film.  Not to mention the soundtrack was DOPE! After watching the film, I rushed to my computer, looked up all the featured artists, and immersed myself in their music.  I couldn’t stop listening to Eric B & Rakim, Funkmaster Flex, Slick Rick, Doug E. Fresh, Queen Latifah, Monie Love, De La Soul, A Tribe Called Quest, Common, Yasiin Bey (formerly Mos Def), the list goes on and on. Through Brown Sugar I found a place for me within hip-hop, regardless of how it tried to treat me like an object intended solely for male pleasure and perusal.

Recent (and other) incidents in hip-hop, however, have solicited my feminist face-palm. From the Rick Ross debacle to the insensitive reactions of some of my male peers, I’m led to ask myself why remain committed to hip-hop culture, and why try loving artists and rhymes that don’t seem to love me back?  Perhaps it’s a spiritual thing (because my recently found love runs deep).  Or maybe this conundrum simply highlights the “gray area” that black feminist Joan Morgan talks about, where one loves both self and hip-hop fiercely and at the same time.  Or perhaps what I’m expressing is really the “hip-hop feminism” that Morgan spoke of–where one finds pleasure and produces criticism simultaneously.

I’m not giving up on hip-hop. Hip-hop, and more broadly, African-American communities, have reconciliatory and healing work to do.  And it’s not just women who are hurt by some of its messages, men are hurting too.  Let’s start with love… 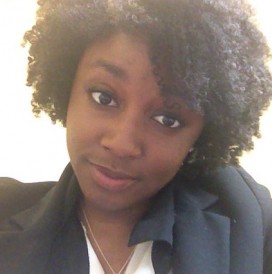 Amber Jones is a sophomore at the University of Minnesota-Twin Cities, majoring in African-American & African Studies and with a minor in Political Science. She currently interns at The Women’s Center at the University of Minnesota, where she works to advance equity for women students, faculty, staff, and alumnae across all identities. She is a contributor to the Women’s Center official blog, and she also coordinates her personal blog Zakiya Sankofa, where she engages with a multitude of topics, a few being sexism, feminism/womanism, intersectionality, racism, the African-American community, and urban life.

Related ItemsCultureentertainmenthip-hop
← Previous Story COLLEGE FEMINISMS: Perpetuating Patriarchy (And Other Liberal Arts-isms)
Next Story → Marriage Equality and Beyond: A View from India