Un-Raced in Transit : Colorblindness and the Stakes of Speaking Up – The Feminist Wire

Home / Academia / Un-Raced in Transit : Colorblindness and the Stakes of Speaking Up

Un-Raced in Transit : Colorblindness and the Stakes of Speaking Up

For every one of the countless times that I have thought about race, I can name a handful in which I felt it. And while I could easily sit here and spout stories about the outright racist banter that has come my way, or passing comments that have made me stop and think twice, I will speak instead of a time that I experienced “post”-race, a regime that enables certain voices to bask in the spotlight while others – abject and unabated- are cast into the background.

In this vignette, I headed to Europe for an academic skills-building course, aware that no amount of Internet research or preparation would mitigate my well-worn apprehension at how my black body would be perceived. In this space, ‘race’ was taken neither as something to be acknowledged, nor as something to be quarantined in concentrated spaces known as projects. Instead, the official narrative evoked refugee camps that offered ‘vocational training’ and ‘acclimation services’ for African migrants. Having read up on these narratives before I left the States, I knew migrant workers were mostly imagined to be men who went abroad to establish a residence for incoming family members or to send money back to their native communities. Everyday banter affirmed this, imagining black bodies as male, as laboring, as non-citizen. Thus, blackness was equated to maleness to a large degree, displacing my unexpectedly problematic female body as alien but alluring, present and yet oddly removed. Especially when temperatures called for sundresses, shorts and other particularly gendered attire, I was different upon sight, an enigma to local categories of intelligibility.

One fateful night with my peers, I swallowed hard and tiptoed toward expressing my frustrations with the silences that I perceived around race throughout my travels. I described a climate in which I had seen only one other black woman, in which a car full of men did not hesitate to cat call me, and in which I had been referred to as an exotic treasure in reference to my body shape and ‘beautiful’ skin. The environment, the perceptions, and the desires colluded in reading my femininity as something ‘Other’, skirting around my black American womanhood in ways that entertained it in part but refused to see it in full.

Overhearing my commentary, a white European male interjected, telling me that race did not matter and that it only affected me because I kept on talking about it. At that instant, I felt the wind rush out of my body, my joints suddenly weakening from impact and leveling me as effectively as a surprise blitz attack. Statements like these are the very reason I continue to study race, for this ‘post’ era not only contains race through use of the past tense, but also attempts to obliterate its existence by looking right through those bodies that might undermine the validity of its case. Through this process of selective silencing, bodies are simultaneously raced and de-raced- the latter through mollifying discourse and the former through quotidian tribulations.

So, in this conversation, I became the undisciplined subject against whom a group of three men and one woman (all white by American race standards) contended that race was trivial and passé. In brief, these four people argued not for a post-racial future, but a post-racial present—wielding lines of reasoning that I had surely heard before. ‘You have to stop thinking this way.’ ‘Why are you so caught up in race? Look at how successful you are!’ ‘We don’t think that way here.’ All of these responses were hurled at me in order to deter my avowal, or in their opinion borderline obsession, with race. To them, my explicit engagement with race was the only reason it continued to carry symbolic weight. They lectured with a confidence and a finality that could only come from expectations of being unchallenged. Cloaked in structures of white-masculinist authority, these proclamations insisted that race only mattered to the extent that I wanted or needed it to matter.  In this weighted crossfire, I assumed a position of perpetual and now heightened defense. They, in contrast, stood behind their arsenal of practically willed non-recognition. No matter how you sliced it, race was effectively pronounced dead.

I ask with bated breath if there are moments in contemporary feminisms that likewise have been lulled to sleep by that seductive melody of post-raciality? Or enticed, even, to sing along?

In practice, the human corporal form presents a canvas onto and around which cultural dynamics splay, cast, and forge interpretations previously unknown and unfelt by those unassuming bodies. Thus, while many people speak of the violence to which (raced and gendered) bodies like mine have been victim and from which identities like mine have been constructed, my own relationships with blackness and with femininity are ones that integrate particular ways of knowing: from history textbooks, my mother’s recollections of being a black woman in the 1960s U.S., unprompted nods from other raced subjects as they identify with and then pass me on sidewalks, and furtive sideways glances cast at the lone black girl on the main green at an Ivy League university.

My reality is that this world remains one in which my black skin and feminine attributes connote almost every move that I make as spectacular. There have been many times in which I have felt trapped by the paradox of liberalism – on the one hand, I am framed as an ‘equal stakeholder’ at the table of social (mis)givings, able to determine my own destiny and to assume access to the same possibilities and resources as anyone else. On the other hand, gasps and whispers swirl around me as I walk into many of those very places claimed to be open for those willing to work hard and persevere.

Colorblindness brings with it an arm-twisting re-imagining of race, one that entails running at high speed from any mention the word. The message becomes: to ‘not’ speak race is in essence to not be raced, racial or racist. To me, antiracist feminism holds promise in acknowledging social locations wrought not from dominant or even popular discourse, but from those conversations and silences had betwixt, between and beyond them. Thinking back to family afternoons spent watching The Imitation of Life, bowls of popcorn and defensive repartee at the ready, I frame commentaries like these not as insular, but as talk that could only be had in certain spaces- those spaces not only demarcated but also felt as safe. In this liminal moment, and especially in the face of proliferating colorblind performances that challenge the legitimacy of distinctly racialized moments, can we open more of those spaces to feminists across the experiential spectrum?
_________________________________________________________ 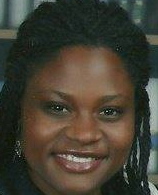 Marlaina H. Martin is a doctoral student in the cultural anthropology program at Rutgers University. Her research interests include colorblindness, post-race, and post-black theory; gender and sexuality; bodies and embodiment; and the mediated environment. For her doctoral research currently entitled A Lens Embodied:  An Ethnography of Black Filmmakers’ Media Production and Distribution Strategies, Martin explores the ‘racialization of media production’- that is, the specific negotiations, decisions, and at time compromises that black filmmakers juggle in order to create projects commensurate with, resistant to, or otherwise associated with the tacit ideals of the U.S. media industry. Aware of the complications that gender has had within historical U.S. antiracist movements, she also focuses on the experiences of black female filmmakers to investigate shifts, projects and perspectives specific to a gendered racialization process.

Related ItemsEducationfeminismivy leagueRaceracismsexismwhiteness
← Previous Story COLLEGE FEMINISMS: Beyond Duty
Next Story → I’m Complicated, Just like Feminisms: A Black and White Feminist Working It Out (Part I)