Feminism & Me: Name Change, for Love Actually – The Feminist Wire

Does choosing to take on your husband’s name play into the patriarchal injunctions against women’s selfhood?  What follows are questions re: notions of love and whether or not these ideas help cement the tropes of traditions, in this case, of marital name change. 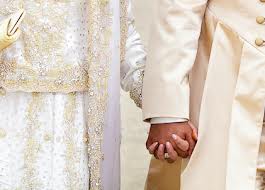 One of the oft-rehearsed but exciting conversations that my cousins and I would indulge in during our teenage years revolved around our future husband and what his name would be. We slanted toward the more stylishly cinematic, but uncommon names of the early 90s of India: Armaan, Zubair, Danish, Sameer, Tariq, Nadeem, you get the drift? Muslim names that had potential to sound starry, yet sounded romantic enough for us to call them. Our idea of romantic love was to be married to someone who had an attractive name, not only because we would be joined to the person for life, but mainly because our husband’s given name would be associated with our first names.

Yes, strangely enough, in the Tamil Muslim community that I come from, married women take on their spouse’s first name post marriage – and not the surname, family name, village name, or clan name, as is the case with the country’s multitude of ethnicities. However, when it comes to naming the children, along with a given name, when the husband has a second name or a family clan name, then there is the choice of passing on the clan name to the grandchild, with the children being christened with the husband’s given name.

When I married, I dropped the Haja and appended my name with Ansher. I had no conflicts or second thoughts. Since my husband comes from a different culturo-linguistic background than mine, in the lead up to the wedding, it was I who announced rather randomly in a phone call to him that I would be changing my surname to his given name, and not taking on his family name. He accepted it with the singular, ‘cool,’ and that was the end of it. With three months to go for D-Day, I went ahead and signed up for a new Facebook account, stating my name as Nilofar Shamim Ansher, and also created a Google account with the new name. I wasn’t thinking about the legality of it. My friends thought it was an excellent way to announce my new status in life: married.

However, what I was strictly against was being referred to as Mrs Ansher. I have a name, two names to be precise.  Ms. would be the addendum I was going to take on, professionally, in email signatures, as well as in public. I had no qualms about acknowledging my changed surname, but on no account would I be solely known by my marital status, which had no bearing on my job, my abilities or competencies. Unlike the debates in many feminist forums on the marital surname change issue, where we are seeing a whole lot of accusations directed at women who did choose to rechristen themselves, within my circle of friends, none of them expressed anything but happiness and support. It was my decision to choose to take on my husband’s surname and they simply accepted that as my prerogative. They didn’t jump on the bandwagon and label me submissive, or blame me for acting out the script of patriarchy or subsuming my identity to that of my husband’s.

In between all the drama of the wedding, I met a married woman at my yoga class, who happened to mention in our seventh class together that the name by which I called her was not her original name; her surname and her first name were both changed upon marriage. I was not even kind enough to mask the shock on my face and commiserate with her on this injustice. It was simply too far fetched of a concept for me to accept that the family she was marrying into would want to completely clear away all references to her past, snap all the links binding her to the educational and socio-cultural institutions she was part of by the very virtue of her being someone with a specific name, and put her parents through the heartache of not being able to call their daughter by the name they so fondly gave her at birth. What’s more, she didn’t have any say in the name change and her parents-in-law decided what she would be called henceforth. Her own mother, and her married sister, and her new mother-in-law all went through the same change upon their marriage; so no empathy would be forthcoming from the women of the community. My yoga friend simply nodded her head when I mentioned that I would be taking on my husband’s first name after marriage. To her, that was a tradition that was even more stranger than her own.

It has been close to five years since I became Nilofar Ansher and I have never felt slighted or threatened by the new appendage to my given names. In fact, I have reveled in it, happy to be able to always have my husband’s identity entwined with mine. What I didn’t anticipate was that in the course of my marriage, I would also grow to recognize and embrace the feminist in me, and this certainly made things uncomfortable for the smug Ms. in me. I questioned several status quos in my relationships, with my parents, husband and parents-in-law, and came to the conclusion that I was mutely and quite unwittingly encouraging the perpetuation of oppressive customs, including the open-hearted adoption of my husband’s name. This custom and several others like it, went by another name: Love.

As a student of ancient history in my graduate and post-graduate degrees, the value of lineage, heritage and family tree were especially appealing to me. I could understand the mechanisms of how traditions and customs worked. It made sense for the head of the family and clan to pass on his surname and clan name to the next generation. Living on through the next generation is a potent high and attaches to itself the notion of immortality. The all-pervasive socio-cultural narrative of marriage and childbirth in India is also tied up with the concept of vansh or male heir, to carry forth the family name, heritage and values. These ideas are imbibed since childhood, through osmosis rendered from conversations, Hindi films, and social conditioning that reinforce the point about marriage, procreation and carrying forward the family name.

To this narrative, it was only logical to weave in the threads of love and to romanticize the aspect of changing our surnames to that of our husbands. A pervasive social reality mutated into an allegory of romance for us children. So, while I valued my family’s heritage, it made perfect sense to displace it with my husband’s narrative, post marriage. And despite my outrage at my yoga friend’s obvious sadness on being forced to part with her given name, I rationalized it in the name of tradition. How naïve and hypocritical of me to justify this disparity, when I held on to my own nomenclature-led identity with fierce possession.

Last week, I came across an article in The Hindu, which reports that “Maharashtra women can now choose their surname.” I read with growing interest about the state government’s proposed draft of women’s policy released on the occasion of International Women’s Day.

The draft states that the government will issue a directive to all the departments asking to ‘respect the women’s choice to use any name she wants…apart from this, the draft also seeks to address name issues related to single women.

In fact, this directive was already law, passed two years ago, as the February 26, 2012 online edition of The Times of India says,

The Bombay high court recently amended a crucial rule under the Family Courts Act to prevent a woman from being compelled to file any marriage-related proceedings only in her husband’s surname, thus offering relief to many seeking a divorce. It will also help a married woman file proceedings in other courts under her maiden name, say legal experts.

The radical rule says that “a wife who has not changed her name after marriage, by publishing in the official gazette, may continue to use her maiden name.”  The law is clear now: a woman is not obliged to take her husband’s name after marriage.  Unknown to even lawyers, the new law stands published in the state gazette since last November, after the Bombay high court amended a crucial rule under the Family Courts Act in September 2011.

The article filled me with hope, with a sense of gratitude for the outliers in the tepid cogs of our government. It means that women like my erstwhile yoga friend who was unhappy with the traditions carried on in her name, will now have legal recourse if she feels strongly enough about the issue to stand up for her rights. Of course, protest is far easier thought than actualized. In a community where it’s considered normative to change a woman’s name, there would be far more entrenched issues to deal with, perhaps of violence, oppression and other battles over the body and sexuality that need more urgent addressal than the names our parents choose for us. But the word of law is necessary if we hope to set legal and constitutional precedents for change in society. One of the ways to disband the inertia that tradition holds us in is to hold void the implicit logic of our customs and highlight the explicit fairness of our civil code.

So, am I all set to reverse my personal history and go back to being Nilofar Shamim Haja, now that I have introspected under the Bodhi Tree of Feminism? Not likely. I don’t want to go back to being someone whom I have outgrown, especially if society equates the sum total of our personhood (our being) with our given name. This equation ties in with the basic premise of authority and power: parental authority over offsprings, and that of the husband over his wife. We invest so much of our sense of what the self is with what we are called, that true independence from this construct can only take place when you voluntarily choose your own name.

As it is, with my new found awareness of how patriarchy functions, I am still comfortable going around as Nilofar Ansher. I would love to credit my marriage as adding to my growth, my successes, and the new trajectories that I have embraced, including that of feminism. The decision I took to change my surname was taken out of love, and that feeling still holds true, tradition notwithstanding. This is my personal construction of what love means. As to why our husbands can’t or won’t do the same with their last names, perhaps a time will come when their idea of love will match ours. 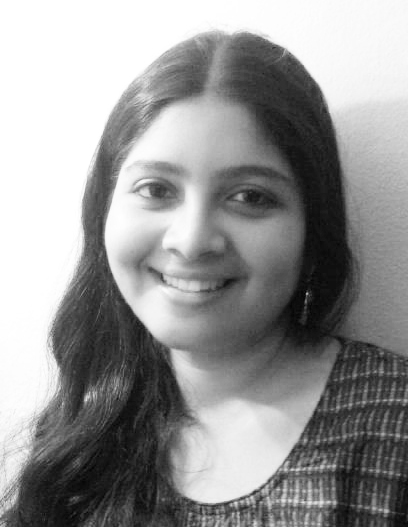 Nilofar Ansher is a writer, editor and researcher from India. Her research interests include urban ecology, disability rights and inclusive culture, museum studies, cybersociology, cinema, folk studies, and feminism. She has a master’s degree in Ancient Indian Civilization, History and Culture, and a bachelor of arts in history. Previously, she was the Community Manager for the ‘Digital Natives with a Cause?’ project, a research initiative of the Bangalore-based Centre for Internet and Society, that focused on the narrative of youth, technology and politics from the framework of the Global South. Currently, she is a communications analyst with a not-for-profit agency that works towards ICT accessibility advocacy for persons with disabilities. Nilofar’s writings have appeared in The Feminist Wire. The Good Men Project, The State, UltraViolet, among others. She tweets as @culture_curate and @accessibilityinmuseums.