COLLEGE FEMINISMS: An Open Letter in Response to the Backlash at Uconn – The Feminist Wire

Home / Academia / COLLEGE FEMINISMS: An Open Letter in Response to the Backlash at Uconn

COLLEGE FEMINISMS: An Open Letter in Response to the Backlash at Uconn 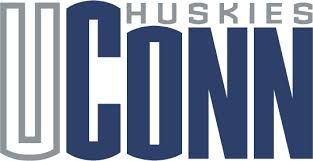 I’d like to preface this article by noting that while news stories might upset, they rarely leave me shaking with rage, and that while there are a lot of things that could have been better during my nearly three years at the University of Connecticut, I never thought I’d see the day where I was ashamed to call myself a UConn student and a Husky. That all changed last week when I read an article on the front page of the Daily Campus.

I’m sure you’re aware by now of the violent and vitriolic reaction to the open letter written by UConn senior Carolyn Luby, on this very website. All Luby suggested was that the University might turn an eye towards the seeming culture of total unaccountability within its omnipresent sports program (just last week, for example, all charges against Enosch Wolf for the alleged violent battery of his girlfriend back in February were dropped on vague promises of “counseling”) instead of a visual re-branding scheme designed to further centralize the athletic department’s stranglehold on the cultural space of the entire University. That’s it.

We all know what happened next.  The slackjaws came out in full force shouting obscenities and threats and intimidations to shut Luby up, because let it never be thought that you can speak your mind at this place of learning and be allowed to get away with it. I won’t bore you with their viciousness and evil threats, which always seem to lack in inventiveness (I’m sure you’ve seen this sort of thing before). But the sheer number, levels of violence, and more disturbingly, the victim-blaming (i.e. “she deserved it”) and overall lack of concern, should make any humane member of this community reconsider what it means to be a Husky.

Now, I would be the first to defend the ethos of our student-athletes. They are all, with few exceptions, hard working and exemplary examples of the type of person the University ought to be trying to create. However, when someone cannot question the role of those athletes at the University, when they cannot question the sacrosanctity of the impenetrable culture of excellence that surrounds the highest levels of athletic achievement at this place—or else, what does that really say about us?

I personally wasn’t convinced that Luby’s reasoning was entirely airtight.  Her focus on the mascot seemed to distract from her main point: that the culture of sports over-all — of prestige-at-all-costs — explicitly encouraged under Herbst’s stewardship, has aided in creating a toxic environment. To be clear, UConn is reflective of a larger social problem, and thus Herbst is not solely the blame.  Nevertheless, she has participated in the cultivation of a context that is now seemingly breeding an army of mouth-breathers who construct their identities around the success or failure of a few sports teams, and who suffocate free debate about the mission of the very University they themselves attend, and for which they themselves root.

If Luby can be threatened — physically and emotionally — for simply trying to start conversation about the aforementioned, the University has failed in its mission unequivocally.

That President Herbst hasn’t come out in condemnation of this is a shame. That people within this community of higher learning can think this way is a shame. That we think we can stop what’s happening here by merely linking to articles about this travesty, or expressing disgust over Facebook or Twitter is our shame. We cannot allow what is happening here at UConn to continue. We cannot accept the half-measures and non-response of our police department to threats of violence and intimidation.  The victim should just “wear a hat“? Are you fucking kidding me?

The sad truth is that this culture of violence will not change until WE make it change.  We must demand a response from Herbst.  We must counter the violence of the haters and the trolls with love and solidarity. And, above all, we must strike back against the soft collusion of the threat-sympathizers and the dismissers of this affront to decency and to the intellectual freedom of our community with our voices and our deeds.  If we want to make being a Husky mean something more than just stupid aggression, this is the only way.

Nate Herter is a fifth-semester student of Classics and Ancient Mediterranean Studies at the University of Connecticut as well as an occasional op-ed writer for the Daily Campus.