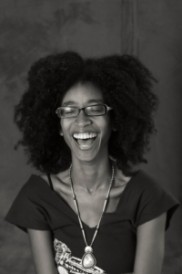 *The retreats will be in Durham, NC.  The location that will be disclosed after registration.  To get involved email writerwk1@mac.com.

1. The Lorde Concordance and Oracle Building (inspired by Audre Lorde) Saturday, June 29th This first retreat is about queerly finding poems in the alphabet.  Drawing on Alexis’s Lorde Concordance practice, this retreat consists of activities that re-alphabetize poems in order to find new messages, and sometimes the same messages and some times silliness.   Every poem we love is a possible oracle.  Each participant should bring a favorite poem.

2.  A Thousand Words (inspired by Evie Shockley)  Saturday, July 27th In her Half-Red Sea Evie Shockley has a powerful thousand word poem that performs the never equal relationship between words and imagery.  In this retreat drawing on our own photographs and some chosen by the facilitator we will make our own thousand word poems in conversation with an image that we find meaningful, impossible, sacred or something.

3. Walking Into Poems (inspired by Alice Walker) Saturday August 31st Alice Walker writes everyday planetary poems.  As one of the most explicitly political nature poets ever, the simplicity of her poems has a lot to teach any poet about the relationship between writing about nature, as such, and writing about the healing potential “human nature.”  This retreat will consist of a series of guided walks searching for everyday poems offered by the planet.

4. Poems as Architecture (inspired by June Jordan)  Saturday September 28th Did you know that acclaimed black feminist poet June Jordan was an architect?   Not only that, she won the Prix de Rome in architecture in the 1970s.    This retreat asks us to find the poems in the built environment around us in conversation with the poems that June Jordan wrote while in Rome (some of her less studied work).  For more by Alexis on June Jordan and the poetics of architecture see:http://pluraletantum.com/2012/03/21/june-jordan-and-a-black-feminist-poetics-of-architecture-site-1/

5.  Lucille Clifton and the Poems of our Past Lives Saturday October 26th Many people do not know that the great poet Lucille Clifton was also in communication with other worlds.  In her archived papers there are several proposed manuscripts of books that talk about her communication with the dead. Based on Lucille Clifton’s dream poems and past life poems this retreat is about looking for the poems in our own dreams, memories and inklings and maybe even our conversations with folks who are no longer on this plane.

6. Finding Poems Underwater (inspired by Marlene Nourbese Philip) Saturday November 23rd Drawing on excerpts from Marlene Nourbese Philip’s epic, orchestral, heteroglossaic book length poem Zong, written in honor of captured Africans who were intentionally drowned off the coast of Jamaica so a slaver could collect insurance money for their deaths, this retreat is about finding poems underwater, in deep inner space, behind trauma and the unsayable.

In order to make this rare and priceless opportunity accessible and sustainable it will be community funded.  All workshops will take place in Durham, NC.  Community members interested in participating can help with a process through which Eternal Summer of the Black Feminist Mind gains new monthly sustainers of 750 per month (15 sustainers at $50 each, 150 sustainers at $5 or any combination).  People who participate in the sustainer-raiser have first priority in any or all of the 6 retreats. Dates will be set after the success of the community sustainer raiser.  If there is space in any of the retreats community members who have not participated in that process can sign up with a deposit two weeks in advance of the retreat and an offering of something they can afford.   If you would like to be part of the sustainer/raiser project  or if you would like to donate a scholarship please email writerwk1 at mac dot com.

ALEXIS PAULINE GUMBS is a queer black troublemaker, a black feminist love evangelist, a prayer poet priestess and has a PhD in English, African and African-American Studies and Women and Gender Studies from Duke University.  Alexis was the first scholar to research in the Audre Lorde Papers at Spelman College, the June Jordan Papers at Harvard University and the Lucille Clifton Papers at Emory University and is currently on tour with her interactive oracle project “The Lorde Concordance” a series of ritual mobilizing the life and work of Audre Lorde as a dynamic sacred text. Alexis has also published widely on Caribbean Women’s Literature with a special interest in Dionne Brand. Her scholarly work is published inObsidian, Symbiosis, Macomere, The Routledge Companion to Anglophone Literature, SIGNS, Feminist Collections, The Black Imagination, Mothering and Hip Hop Culture, The Business of Black Power and more. Alexis is the author of an acclaimed collection of poems 101 Things That Are Not True About the Most Famous Black Women Alive and poetic work published in Kweli, Vinyl, Backbone, Everyday Genius, Turning Wheel, UNFold, Makeshift and more. She has several books in progress including a book of poems Good Hair Gone Forever, a scholarly monograph on diaspora and the maternal and an educational resource called the School of Our Lorde. She is also the co-editor of a forthcoming edited collection on legacies of radical mothering called This Bridge Called My Baby. Alexis has been living in Durham, NC for almost a decade and has been transformed and enriched by holistic organizing to end gendered violence and to replace it with sustaining transformative love.  Locally she is a founding member of UBUNTU a women of color and survivor-led coalition to end sexual violence, of the Earthseed Collective a black and brown land and spirit reclamation project and the Warrior Healers Organizing Trust, a community accountable foundation practicing organic reparations and transforming blood money into blood relations.  Nationally Alexis is co-founder of the Mobile Homecoming Project, an experiential archive project amplifying generations of black LGBTQ brilliance, and intergalactically she is the instigator of the Eternal Summer of the Black Feminist Mind, a multi-media all ages community school based in the wisdom of black feminist literary practice.   Alexis is also a literary scholar with a PhD in English, Africana Studies and Women’s Studies from Duke University and a widely published poet and essayist.   Alexis likes to pray by walking, dancing, remembering poems and talking and playing with loved ones.

*This idea was made possible by conversations with two of my favorite poets: Samiya Bashir and Faith Holseart.