Race, Class, Masculinities and Violence against Women in South Africa – The Feminist Wire

Race, Class, Masculinities and Violence against Women in South Africa 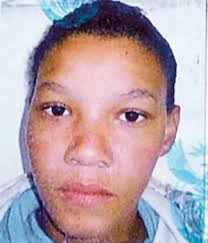 On 2 February  a security guard found the 17 year old coloured (mixed descent) working class girl Anene Booysen on a construction site in Bredasdorp, a small town in South Africa’s Western Cape. She had been gang-raped, sadistically disemboweled and left for dead with broken fingers and legs. Less than two weeks later the 29 year old white South African Reeva Steenkamp was shot dead by her boyfriend Oscar Pistorius. Oscar, a disabled athlete who made worldwide fame as the Olympic ‘Blade Runner’, claimed he mistook her for a burglar when he shot and killed her through the bathroom door. But few seem to find his account of the night anything near credible. Charged with premeditated murder on 19 February, Oscar walked out of court with the relative comfort of the time bound freedom that his bail grants him. We shall see how the story unfolds when his trial begins in June.

With its level of intimate partner femicide six times higher than the global average and with no less than 154 reported rapes a day, few would dispute the claim that South Africa’s high levels of violence against women are catastrophic.   Due to the male face of both sexual and non-sexual violence perpetration, there is an increasing awareness about the urgency to tackle the dominant masculine ideals of toughness, fertility, male superiority and physical strength, which fuel the misogynistic aggression. The central position that youth play lead many to conclude that the country needs to fundamentally change the ways young boys are raised.  While masculinities are rightly identified at the heart of the violence, less agreement has been reached on how these intersect with race and class.

Both within and beyond the borders of the ostensible Rainbow Nation, the country’s rape and violence is usually conceived as a black affair.The media tends to conflate the nation’s violent patriarchal character with race and presents the crisis as a ‘race’ narrative. Usually by assuming it is a black problem and ignoring white problems.

Hardly a new phenomenon, these representations are embedded in a centuries old tradition of racist representations of hypersexual, uncontrollable and instinctually driven ‘natives’, the demographical fact that 80% of South African men are black[i] seduces many  of us into thinking that rape, abuse and femicide is a black thing. Especially if we accept popular ideas around the emasculatory effect of unemployment in a capitalist society and realize that unemployment and poverty predominantly affects the black population, violent masculinities seem to intersect with race, class and violence in an all too obvious way. (And in the picture that emerges, there’s little room for white men) The oft-circulated story goes, the black unemployed man, experiences emasculatory frustration due to his failure to provide the daily bread and therefore tries to compensate for his tainted manhood by displaying his male toughness.  And who better to project this compensatory violence on than those who are even more vulnerable?

Yet the plausibility of this postulated connection between unemployment, class, masculinity and sexual violence has been challenged by a 2006 study, which aimed to understand rape perpetration by interviewing over 1700 men from all racial groups, of whom 70% was under the age of thirty.  At first sight, the findings seemed to support anecdotal evidence and speculation about the regularity of rape perpetration; no less than 27 percent of the interviewees admitted having raped at least one girl or woman. The mean age of their first rape was 17 years. Yet rather than the poor and unemployed men, it turned out to be their economically and educationally more advantaged counterparts who were more likely to rape[1]. Another interesting finding was that of those who reported having raped, many had either been bullied during his childhood or had bullied himself.
Another reason to question the link between (black) poverty and (emasculatory) violence against women is the fact that in surrounding countries, with comparable levels of unemployment, reported violence against women is lower. In addition, anecdotal evidence from (rape) hotline counselors suggests that white middle class women are by no means excepted; Yes, white man rape and beat too.

Therefore, rather than thinking about ‘black or African masculinities’, we might want to move our focus away from race and zoom in on the nation and its uniquely violent (and patriarchal) history instead. 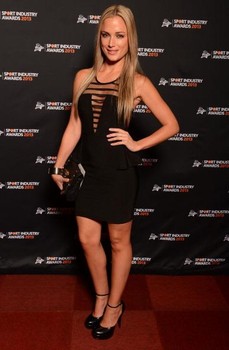 Today, white violence doesn’t seem to make it into the media all that often. The reason why Oscar’s case made worldwide headlines was obviously due to his fame, which he acquired through his success as a disabled yet successful sports man. Reeva’s death at the hands of this famous, upper-middle class white star, attests to the fact that violence against women is not confined to the black underclass. Especially now that the veil is slowly lifted from Oscar’s aggressive streaks and gun obsession, it should be clear that masculine violence cuts across all racial, classed or cultural groups within the borders of the state.  The possible role that his disability played in his macho bravado and how this might have driven him to overcompensate with hyper-masculine behaviour, is unclear. Yet by emphasizing the exceptionality of his position, we risk obscuring the fundamental ideas about manhood which he shared with most of his countrymen.

These country men, like Oscar, live in a deeply divided country. hree and a half centuries of white domination has rendered South Africa into one of the world’s most unequal societies, stratified along racial and classed lines, with land ownership and economic power still largely in the hands of white men, while the majority of the black population still lives in abject poverty. What all men have in common, though, is the patriarchal dividend, and their responsibility for the violence in their communities.  This is not to say that all men adhere to the same masculinities. On the contrary, masculinities in South Africa are complex, and will still differ across communities. Rural Xhosa masculinities will be different from coloured urban boys, Zulu masculinity models itself around different heroes than white capitalist masculinities and the identities of those who grow up in gang ridden areas take shape differently from that of an Afrikaner farm boy in Stellenbosch. The nuances of masculinities will therefore differ, no doubt. But the dominant ideas around toughness, male superiority and ‘women as possessions’ that fuel the rapes, murders, harassment and terror of women transcend these divisions.  We can only begin to understand the violence if we look at the state of the nation, its history of violence and how this has shaped and bred the violent masculinities that molest women and girls today.

The seeds of South Africa’s violence were sown throughout the past centuries; from pre-colonial times (think Shaka Zulu’s military), slavery and colonialism to apartheid and the resistance struggles. Apartheid, which ended in 1994, was a particularly brutal episode, and subjected many black South Africans to horrifying levels of state violence and humiliations.  Resistance movements, such as the Africa National Congress (ANC), trained black men to use violence as a noble cause for liberation.  Meanwhile, white boys and men were trained to coercively, militantly and violently maintain white domination. Although located at the other end of the power spectrum, white and black men were exposed to excessive levels of violence. In addition to the daily brutalities, the white apartheid government introduced the Group Areas Act in 1950. This act forced coloured and black South Africans to move from their homes into racially segregated areas, outside the cities. These new and unsafe areas were particularly challenging in terms of social control and new social norms, which in some areas led to increasing gang activity[ii].

Forcibly turned into low-wage labourers under colonial and apartheid capitalism and mandated to live in overcrowded townships, existing black masculinities changed along the lines of labour. Today, as an outsider, you can still come across a thirty year old white “boss” that refers to his fifty year old black employee as a “boy”, alluding to the level of humiliations black men underwent and still endure from the apartheid workplace. The ruling class consisted mainly of Afrikaans speaking white men. Dr. Robert Morrell, whose research for the University of Cape Town focuses on issues of masculinity, describes the masculinities of this group of Afrikaans men as (having been)  shaped by “puritan protestant austerity and strictness” and being “authoritarian, unforgiving and apologetic[iii].  For those white men of British descent, ‘imperial masculinities’ ,which glorified violence in the context of combat, the normalization of corporal punishment  and the perceived need to protect their families from black men had been influential in their conception of manhood and growing ‘macho values’ over the decades (Morrell, 1998;616). Moreover, white fears for the  ‘Black Peril’,(the imagined black sexual thirst for white women’s flesh) had instilled a deep  ‘protector’ masculinity in many white settlers men. Indicative for how deeply ingrained the notion of women as property remains today are the “hands of our women” outcries, from/by men across all racial groups.

(Thus)The combination of colonial violence, apartheid violence, resistance violence, institutionalized racism and militant white domination deeply influenced the masculine ideals of South African men and are undeniably responsible for the violence of today. But the extent to which class comfort protects white women from male violence, and how wealth and power contribute to violently patriarchal senses of entitlement and dangerous possessiveness are subject of ambiguity. And we will not find out if both media and researchers keep treating violence against women as a black affair.

What we do know is that the naturalized beliefs around male biology and male responsibilities, which legitimate violence, need to be deconstructed. The central position that youth take in both sexual and non sexual violence makes visible the urgency to invest in boys and girls alike.

On the short term, however, much more needs to be done. Much of it lies in the hands of South Africa’s leadership, who will have to demonstrate the political will to do more than pay lip service to the crisis. For one, they could prioritize sexual offences, which according to the latest news is currently being discussed with the judiciary. Second, accusations of mismanagement, incompetence and fraud in the Ministry of Women, Children and People with Disabilities suggest the need for a critical examination and reorganization of the Department. Police and social workers should be sensitized to the magnitude of violence against women to increase the chances that women and girls feel comfortable and safe to report on violence.

The international spotlights will be back when Oscar’s trial takes off in June. Whether this attention will help to debunk the ‘black violence’ myth (and) shake South African leaders into action, only time can tell. 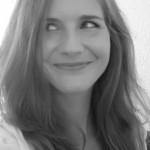 Maria Hengenveld studied gender and sociology at the University of Cape Town and currently works for the Children’s Radio Foundation. She is interested in youth and gender in Southern Africa and writes for different websites, such as Africa is a Country and Dutch feminist magazine Tijdschrift Lover.