Reflections on an Integrated Coffee Table: Recalling One Reader of Ebony Magazine – The Feminist Wire

Reflections on an Integrated Coffee Table: Recalling One Reader of Ebony Magazine

By Deborah A. Smith

This is the story of a White subscriber to Ebony and some reflections on that reader’s personal path of activism. The subscriber in this story is my late mother, Jane McGuire Smith, born in Columbus, Ohio, in 1919. Her father was a civil engineer and a somewhat spoiled, only child. Her mother was the middle daughter of three, whose father died when she was ten. My mother’s grandmother found a job at Ohio State University cleaning the classrooms where her future son-in-law studied. My mother’s mother also began working early. My grandparents met through her job at a music store: she was the pretty girl who could play anything by sight for customers; he was the red-haired boy with a bright future (Class of 1911) who directed the student band.

Their marriage of 59 years was stereotypically gender-based: my grandfather worked outside the home and my grandmother kept that house clean and respectable, but they sent both their son and daughter to college. My mother earned a Bachelor of Arts degree when she was only twenty and then a Master of Science a year later, in Bacteriology. Before she married my father in 1944, a fellow OSU graduate, she lived at home and helped with the housekeeping but also worked in a Columbus dairy.

I’m not sure how old I was, but I can recall on a visit to Ohio my grandfather casually remarking when he saw a person of color walking by, “There goes a nigger.” My older sister giggled; she knew it was a bad word but here was our grandfather saying it, the same way he would often remark, “There goes a redhead.” My sister knew the N-word was bad because of a neighbor back home who yelled at his black dog using that epitaph. When she was little, she repeated the name and incensed our mother. Not even the swear words she learned later provoked the same anger. I don’t remember that neighbor or his dog, but I can picture mother taking us aside during our visit and explaining that word was never to be used.

Somehow she had come through her formative years with a different perspective on race than her father, who was born only a quarter century after the Emancipation Proclamation.  The most important thing I ever learned from my mother is this: no problem is so big that one person cannot try to do something about it. When my mother was in college, she told us, only one person of color was in her classes. When the students were directed to find a lab partner, no one was willing to work with Esther until my mother volunteered. Perhaps it was Esther who taught Jane about the countless prejudices experienced by American Blacks beyond the refusal of White classmates to share lab equipment. The story of Esther had a yearly sequel: she and my mother exchanged Christmas cards for almost 60 years after they graduated.

A year after my parents’ marriage, Ebony magazine was launched as a counter-narrative to the prevailing negative media images of the American Negro.[1] I believe Ebony first started coming to our house in Rochester, New York, in 1964, the year of the race riots. In the aftermath, Saul Alinsky, the outspoken community organizer, spent several years leading a fight for better labor relations against Eastman Kodak Company, which Alinksy called “a Southern plantation transplanted to the North, . . . Kodak’s self-righteous paternalism makes benevolent feudalism look like participatory democracy.” He also said, “The only contribution Eastman Kodak has ever made to race relations is the invention of color film.”[2]  The invitation to organize initially came from a group of White, liberal clergy. Years before the riots my parents had joined a church in the forefront of local and national progressive movements. Perhaps they became acquainted with Ebony by way of their participation in church-sponsored discussion groups. My mother proudly displayed Ebony on our coffee table along with several other magazines—and faithfully read it every month.

When anyone would ask her, “Why would you want to read that?” she would talk about “otherness” and the trap of imagining that one’s own world was all-encompassing. She read fiction and non-fiction by Black writers, responded to appeals from the United Negro College Fund, and forced me out of the house the summer I was thirteen to volunteer in our church-run day care center that served the children of working-poor, mostly Black, families. The magazine was one little way she could try to raise not only her own awareness but also the consciousness of White friends who came to visit. I can recall the startled looks on some of those faces—sometimes just to see the magazine on our coffee table, sometimes because of the pictures on Ebony’s covers, and sometimes a fleeting look of embarrassment if they were caught leafing through the pages.

Researchers who analyze Ebony’s pages often use this niche publication to serve as a proxy of racial identity for comparison to wider-circulation magazines[3],[4],[5] yet here is a subscriber who does not “belong” in that niche. Scholars have also shown that the magazine was influential in portraying a “Black Bourgeoisie” perspective that was widely internalized by its primarily Black audience.[6]  My mother understood that Black culture is multi-faceted and undoubtedly recognized that the publisher intended to show a carefully crafted “positive” image. I doubt that Ebony’s educational value was its chief attraction for her; I suspect the magazine expressed a partial self-identity, perhaps tinged by a little self-serving piety. My mother was not the kind of activist who would have infuriated Tamara Nopper by calling a Black woman “sister,”[7] but since she had clearly benefited from the powerful privileges that accrue even to those who oppose White supremacy, what did she really know? My mother’s activism was more aligned to the fear and pragmatism that Robert Jensen describes: “Even if I thought I knew what I was talking about and was being appropriately anti-racist . . . I was afraid that some lingering trace of racism would show through.  . . . I did not chose my skin color, hence I can’t be responsible for it. But I am responsible for how I choose to deal with being white and the privilege that brings to me.”[8]

The label of well-intentioned liberal is thus only part of what a subscription to Ebony symbolized. At some point in her youth she came to see that her father’s unexamined prejudices were wrong but her moral code, as it is for many of us, had loopholes: she chose not to confront her father. When the Rochester riots broke out we happened to be in Ohio. The national headlines about events back home were topics of intense discussion among the adults. I recall dimly my parents trying to make the point that people without civil rights might have cause to be angry. I remember clearly the tension that my mother did not allow to erupt into a heated argument in front of the children. Was her decision to team up with Esther more than two decades earlier an act of classroom courage, but impossible to duplicate in her parents’ house? Like the coffee table display, were her friendships with other Black women just a point of pride for her, and were they really reciprocated?

In Esther’s case, I had never met her except through The Story. Since my mother considered all her many Christmas correspondents her friends, I didn’t think of Esther as anyone special and had begun to question whether the yearly exchanges were mere habit. That is, until my father died and I was home visiting after mother had notified their alumni magazine. I answered the phone while she was out to hear a lady’s voice say, “This is Esther calling. I’m an old friend of your mother’s. I just wanted to tell her how sorry I was to hear about her loss.”

Her last Black friend arrived toward the end of her life. Althea’s family moved into the house next door for a few years before mother’s infirmities from advancing Parkinson’s Disease finally forced her into assisted living. Althea had two little girls whom my mother immediately adopted as surrogate grandchildren. When she needed an occasional small repair, Althea’s husband would come over to fix it. They both remember seeing Ebony on the coffee table. Althea, who grew up in Arkansas, says that magazine is something you would “never, ever see in a White woman’s home in the South.” She calls my mother unique, which I am quite sure is going too far, but I believe the affection in her memories is real.

Many factors encourage or diminish friendship besides race, and my mother’s relationships with both Blacks and Whites in her lifetime could be categorized in many ways besides friendship. The influence of popular magazines on friendship—or of friendship on a person’s commitment to social justice—would be difficult to pinpoint, and all the more so as electronic media increasingly replace print publications and social media replace face-to-face contact as the prevailing modes of communication. I wonder if the lost opportunity of a coffee table display to startle, inform, or inspire might in yet one more small way contribute to our diminished civil discourse.  At best, magazines like Ebony offer ambiguous evidence of an activist’s journey. Their pages are only half the story and we should make assumptions about the other half—the readers—carefully.

[5] Martin, Derek Christopher. 2004. “Apartheid in the Great Outdoors: American Advertising and the Reproduction of a Racialized Outdoor Leisure Identity.” Journal of Leisure Research 36(4): 513-535. 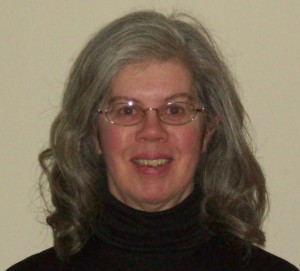 Deborah Smith received her B.A. in American Studies, her M.A. in American Material Culture, and her Ph.D. in Public Policy, focusing on motivations for the support of nonprofit arts and cultural organizations in Maine. Her professional life includes 25 years as a curator, director and grant writer in the museum field. Currently she teaches classes on nonprofit management and grant writing at Kennesaw State University in Georgia, where she is also the Grants and Contracts Specialist for the College of Humanities and Social Sciences. Her most recent publications parallel the wide range of disciplines within the College, appearing in New Directions in Evaluation (reflections on the incorporation of humanities-based education into the training of evaluation professionals), The Grant Professionals Association Journal (a distillation of the practical recommendations in her dissertation, as opposed to the theory), and The Ephemera Journal (recollections of a curator’s research into memory and mourning on the tenth anniversary of September 11, 2001). A version of the essay offered here was first presented at the conference on “Women in Magazines: Research, Representation, Production and Consumption” at Kingston University, London, U.K. in June 2012 and has never been published.

Related ItemsCulturePoliticsUS
← Previous Story Can We End Violence Against Women and Girls?
Next Story → Able Normative Supremacy and the Zero Mentality