Op-Ed: Women, Rape, and Lack of Toilets – The Feminist Wire

By Guest Contributor on February 3, 2013

In the aftermath of the gruesome gang rape and murder of the 23-year-old physiotherapist in New Delhi, the Government of India set up a committee on anti-rape laws so a new Charter of Rights can be granted to victims of sexual offence. The committee, headed by the Supreme Court Justice Verma, submitted the report recently and recommended that 10 new Charter of Rights be enacted into law to prevent gender violence.

Undoubtedly, the new Charter of Rights empowers women by broadening the definition of rape and including new language about voyeurism, stalking, and trafficking. The Charter states that a woman “can seek prosecution of somebody who, without her consent, watches her in a private act where her genitals, buttocks or breasts are exposed or covered only in underwear or she is using a lavatory or doing a sexual act not of a kind ordinarily done in public.”  This specific Charter intends to protect Indian women who have access to private spaces. However, millions of women and girls in India have to use public spaces for carrying out their most personal and private body rituals. They experience sexual harassment, violent assault, rape, teasing, and stalking when they go out and defecate in the open in bushes, fields, and gutters on the road. Access to lavatories and private enclosed spaces is itself a privilege that remains out of reach for many Indian rural and urban women.

Sexual offence and anti-rape laws will only be effective if guarantees of safe, private, and sanitary spaces are made available to women by the government so they are not vulnerable to exposure. Access to a closed, private toilet will not only give women dignity and privacy, but it will also play a major role in preventing rape and sexual harassment.

The 2012 United Nations Millennium Development Report states that 626 million people in India do not have access to a toilet and practice what is called “open defecation.”

In 2008, I interviewed women in Sangli, Maharashtra about their experiences with lack of sanitation. Saraswathi, a middle-aged woman from Sangli, Maharashtra, experiences the humiliation of open defecation everyday. She said, “we are scared to go alone . . .because we get attacked, hit by stones, get teased a lot by men.” A few weeks ago, I was visiting the slums of Shivrainagar in Pune and a young fourteen year-old girl told me, “we defecate before sunrise or after sunset in the dark or else men and boys will assault us.”

Dasra, a philanthropic organization in Pune, India, published an extensive study in 2012 titled “Squatting Rights: Access to Toilets in Urban India.” This study reported that approximately 30% of women from the underprivileged sections of Indian society experience violent sexual assaults every year because lack of sanitation facilities forces them to go long distances to find secluded spots or public facilities to meet their bodily needs. This report specifically highlights that in “Delhi slums, up to 70% of girls experience humiliation everyday in terms of verbal harassment and half of them have been victims of grave physical assaults.”

The government of India and the new Charter of Rights needs to recognize that access to sanitation is both a matter of public health and gender rights. Everyday 1,600 Indian children, under the age of five, die due to lack of proper sanitation. They die from diarrhea, cholera, typhoid, and parasitic and worm infections.

For many women in urban and rural India, lack of sanitation is linked to issues of health, safety, dignity, and education. Toilets increase school attendance for girls because parents are more likely to send their menstruating daughters to school if they know that their daughters can dispose of their sanitary cloth napkins in safe toilet facilities. Recently, families in some villages in the state of Maharashtra, India have refused to marry their daughters into families that don’t have proper toilets. The 2008 U.N. report mentions that these families have painted signs in their village that states, “Daughters from our village are not married into villages where open defecation is practiced.”

Every major report or study on sanitation published in the last decade points out that toilets give women dignity, access to education, security, and improved health. The Verma Committee Report needs to recognize that new sexual offence and anti-rape laws in India should be enacted along with laws that guarantees every Indian—especially women and children–access to secure and clean sanitation facilities in private and public spaces. 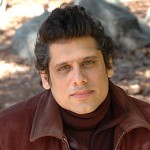 Sunil Bhatia is Professor and Chair of Human Development at Connecticut College. His research focuses on the development of self and identity within the context of postcolonial migration, globalization, and formation of transnational diasporas. In particular, his work attempts to reformulate the concept of culture and identity in cultural psychology and human development by showing how critical concepts, such as diaspora and transnational migration, force us to redefine theories of culture, identity, cultural difference, and development. He is the author of American Karma: Race, Culture, and Identity in the Indian Diaspora (NYU Press, 2007).