This week, we commemorate the 40th Anniversary of the Roe v. Wade Supreme Court decision that allowed women the fundamental human right to make one of the most personal and difficult medical decisions – whether to terminate a pregnancy.  Over 60 percent of Americans agree with this Supreme Court ruling, and the legality of this fundamental right helps keep the procedure safe.  The illegality of abortions prior to 1973 did not deter desperate women from seeking to terminate pregnancies when absolutely necessary; indeed, throughout history women have sought to end unwanted pregnancies.

Unfortunately, those pre-Roe abortions were often in “back rooms,” sometimes at the hands of unskilled and unsavory practitioners.  The results were often dire for the health of the woman, if not for her life.  Some fortunate women were able to have a medical practitioner “clean” them out,” at a legal risk to both.  The Roe v. Wade ruling does not promote abortion; it makes it safe.  The ruling also promotes women’s right to privacy, right to dignity, right to self determination, and the right to her own life and reproductive health. Yet, the decision to have an abortion is still not one that women make lightly; rather it is often a complex emotional, familial, and medical determination. 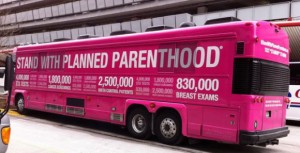 Because deciding whether to have an abortion is so difficult, it would be better for women if they were not faced with unplanned pregnancy in the first place. The best ways to prevent pregnancy and abortion are through sex education for both men and women and low-cost safe and effective contraception. When women have access to contraceptive measures, they have fewer unintended pregnancies and hence there are fewer abortions.

For example, in my state, many Arizonans count on Planned Parenthood in seeking care for a range of reproductive health concerns including contraception. Planned Parenthood Arizona serves 45,000 people per year with its health care services. More than 85 percent of its services are preventive including 14,484 annual gynecological exams, 25,877 cancer screenings, and 20,942 STI tests.

Ultimately, the right to make the decision about whether to raise a child, or choose adoption, or end a pregnancy belongs to the women. The Roe v. Wade ruling protects that right, and it has done so for four decades. That is indeed something to cherish and honor.

Rachel Fuchs received her PhD from Indiana University and is currently a Professor of History. She is the author of six books, among them are: Poor and Pregnant in Paris: Strategies for Survival in the Nineteenth Century (Rutgers, 1992); Gender and Poverty in Nineteenth-Century Europe (Cambridge, 2005) and Contested Paternity: Constructing Families in Modern France (Johns Hopkins, 2008).