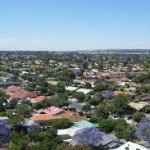 Standing in line at the California Science Center the day of the mass murder at Sandy Hook Elementary school, my students wondered aloud about the race of the shooter.  “More than likely he was white,” they agreed. As the only people of color waiting to be admitted to the exhibit, their open question about race elicited visible unease from a group of elderly white women across the line from us.

According to a Mother Jones timeline of mass shootings from the 1980s to the present, the majority of American mass murderers have been white males.  The most infamous young killers—the Columbine High shooters, Jared Loughner, James Holmes, and now Adam Lanza—share a common cultural theme and national narrative. “Deranged” loners who came from lower to upper middle class nuclear families, their murder sprees forever shattered white suburbia’s veneer of normalcy.  Over the past decade, the post-mass murder mantra has been grindingly familiar—“this couldn’t/shouldn’t/wouldn’t happen HERE, in our idyllic (white) suburban community.”  Catastrophic violence is implicitly marked as the province of the other, the inner city, the cesspit jungle where poor children (of color), according to GOP sage Newt Gingrich, have no work ethic and thus no “habit of I do this and you give me cash, unless it is illegal.”

And yet, methodically plotted acts of epic violence committed by young white males with mini arsenals aping video game assassins are increasingly the hallmark of “HERE”.  So no doubt the elderly white women’s unease came from a sense of deep existential displacement.  When you’ve been suckled on Ozzie and Harriet, its “hard” to have your whiteness referenced as a source of violence; especially by people of color.

As the unraced universal subject, white people are simply unaccustomed to being explicitly identified as white.  For many, the tired colorblind party line of white privilege means that just talking about race is racist.  Universal means normal, and even the most heinous white criminals (Gacy, Bundy, Dahmer, and the list goes on) are humanized by a back story of psychoanalysis, cable TV biopics, books, and pop culture reportage.  The wages of whiteness means not having to know the classic people of color ritual—i.e., that when big crime news breaks its pro forma for many African Americans and Latinos to find out the race of the perpetrator and then those of the victims.  If the perpetrator is white there is a collective sigh of relief that Middle America won’t have another dark savage, immigrant or Muslim community to demonize.  If the victims are of color, there is a short window before the media’s attention fades (ala the August massacre of six at a Sikh temple in Wisconsin) and shifts to more important matters like Lindsey Lohan or missing white girls.

Black and brown children learn very early on that perceptions of race and criminality are intimately connected.  In high school when my friends and I found ourselves at the business end of Inglewood PD officers’ rifles because someone in our car “looked” like a burglary suspect, it was a rite of passage initiation.  The killing of African American teenager Trayvon Martin was a lightening rod because American youth of color saw the failure to bring his killer to justice as symptomatic of the devaluation of their lives.  Guilty until proven innocent, youth of color never have the privilege of being universally perceived as the “nice” boy (as Lanza has been described) or girl next door that wouldn’t hurt a fly.

According to a 2010 Blair-Rockefeller survey, many whites in post-racial America believe that blacks and Latinos are more lazy, unintelligent, and untrustworthy than either whites or Asians. If white Middle America views people of color as not having “white” values and “white” aptitude levels, then it’s no mystery why mainstream media pathologize people of color as naturally criminal and violent.  Black criminality can be boiled down to a rancid stew of shiftlessness, absentee fatherhood, and irresponsible motherhood.  Latino criminality stems from too much babymaking and gangbanging.  But like the moribund immigrant urban jungle of 19th  social reformer Jacob Riis’ nightmares, it’s the “inner city” that’s the guilty co-defendant.

Nonetheless, mass murder in an urban context is rare and mass shootings in schools of color are virtually unheard of.  Homicide is a leading cause of death for young African American men.  But contrary to the rap stereotype of Glock-toting men of color, an overwhelming majority of people of color are pro-gun control, while the majority of the white electorate is not.  The high school assailants in the Littleton, Colorado, the Jonesboro, Arkansas; and Santee, California shootings were steeped in a NRA besotted gun culture that fetishizes readily available firearms as the ultimate medium for violent white masculinity.

However, these youth were instantly transformed into symbols of troubled, tragically “misunderstood” teens.  National conversations about the perils of bullying dominated the airwaves.  It was accepted that these tragic figures were “our boys,” our recklessly wasted youth.  It was conventional wisdom that preventive mental health resources could have minimized their inner turmoil.  As the bloggers Three Sonorans note in their piece, “White Privilege and Mass Murder in America,” “whenever white men commit mass murders it is just a freak isolated incident, but when we look at other crime statistics for minorities the reason given is that it is something innate to their culture, to their family.  It is those people.”

With Columbine there was tacit understanding that these boys’ acts were symptomatic of a potentially imperiled national heritage.  Conversely, any time violence erupts in a black or Latino context it’s a racial indictment, an indictment of a community, not a reflection on the rogue acts of lost boys from salt of the earth homes.

As my students and I left the Science center, bracing for more news about the scope of the attack, it was clear that the tragedy would dominate the news for weeks to come.  The senseless slaughter of children from the “perfect” town may finally prompt serious bipartisan legislation to curb the barbaric gun lobby. But it will not prompt analysis of the violent masculinity at the heart of whiteness.  And if any of these nice white boy shooters had been black the national sentiment would have echoed the biting comment made by my student Jamion: “Send those niggers back to Africa.”

Sikivu Hutchinson is the author of Moral Combat: Black Atheists, Gender Politics, and the Values Wars.  and the forthcoming Godless Americana: Race and Religious Rebels due in 2013.

Related Items
← Previous Story A Photo-essay: Decolonizing My Body, My Being
Next Story → Book Review: 101 Things That Are Not True About The Most Famous Black Women Alive