Embedded within a recent New York Times piece about sex work in India is a problematic set of assumptions—a conflation of individualization with autonomy, linked to the strange implication that women’s autonomy is dangerous, a gateway to disease and social breakdown.

Because I study sex work and HIV prevention in India, I was happy to see my interests made visible in a mainstream media outlet. But I was promptly disappointed at how much the article overlooked.  It opens with the statement that the closing of brothels, and sex workers’ shift to using cell phones to contact clients directly, is “something of an economic victory” for sex workers.  However, the article says, this shift puts their lives and the progress of the AIDS response in India at risk, because it makes them inaccessible to counseling, safe-sex advice, and free condoms.  The author interviews a few sex workers who testify to their ability to keep more of their money now that they operate by cell phone.  He then places these in the broader context of India’s targeted approach to HIV prevention, which was “astonishing” in its success, but relied on sex workers working from brothels, and is now threatened by their increased independence.

When it comes to sex workers in the media, a kind of sexist dehumanization occurs that would be shocking in many other contexts.  In this piece, a combination of disgust and fascination drips from the page, as the description lingers over women “disappearing into tiny bedrooms with nervous men who come out moments later buttoning their trousers,” “a wrinkled madam with silver toe rings,” and “garishly dressed young women” who “tease men.” Sex workers “lure” men into dangerous situations, threatening India with AIDS after years of progress. These stereotyped images of vulgar women with too much power construct an ideological world in which men are the victims of women’s greed.  In this world, sex workers’ desire to keep their money makes them dangerously inaccessible to benevolent and well-meaning government officials.  All this helps to justify the overarching point: sex workers’ independence is dangerous to public health.

There are a few different kinds of problems here.  First, from a public health standpoint, the link between cell phone use and inconsistent condom use is not self-evident.  The article hints that the link is the inability of counselors to access sex workers and tell them about condoms.  But the original report in the Journal of AIDS and Clinical Research tells a different story.  The authors suggest that the mechanism that links cell phones to inconsistent condom use is not inaccessibility to counseling—it’s the power dynamics of more private encounters.  They phrase it in terms of a sex worker’s weakened ability to insist on the use of a condom with a more familiar, or a higher paying, client.  But it could also be that clients, not just sex workers, bear responsibility for condom use—and sex workers operating away from other sex workers may make it easier for clients to demand unprotected sex.

Second, the use of cell phones is not equivalent to “autonomy” or “economic victory” against an archaic brothel system.  There’s no question that sex work is diversifying today and becoming increasingly diffuse around the world, with cell phones and the Internet key drivers; Elizabeth Bernstein’s work clearly charts this shift, at least for cities in the U.S. and Europe.  A sex worker in Karnataka recently told me that she owed everything she had to her cell phone. But female sex workers in India are often highly marginalized, at risk of violence and exploitation from police, clients, landlords, their partners and families, and sometimes other sex workers at every turn.  [Violence is never mentioned in the New York Times article.]  Using cell phones can help sex workers protect themselves from some of these risks, but it also introduces new vulnerabilities and forms of precariousness into their lives and livelihoods.  That sex workers in Mumbai are increasingly using cell phones and moving out of brothels is an important structural shift, but it seems irresponsible to read this as a simple increase in autonomy when they face so many forms of exploitation. And in many parts of India, sex workers didn’t operate out of brothels in the first place, and HIV prevention efforts have still reached them. 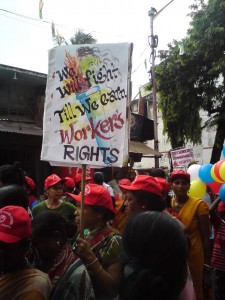 The most jarring aspect of this piece, though, is its disavowal of twenty years of Indian sex workers’ active mobilization for political and legal recognition, both in and of itself and as a precondition for HIV prevention.  In Kolkata, sex workers based largely in brothels or working on the street have integrated HIV prevention efforts into the process of building the largest collective of sex workers in the world, with 65,000 members.  Sex workers themselves have played a key role in preventing HIV’s spread throughout India, working as peer educators while also advocating for key policy changes that affect their lives.  In Karnataka, where I work, sex worker activists have built alliances with the LGBT and informal sector labor movements. Whatever the limitations of these efforts, these are real attempts at asserting collective autonomy—while also preventing HIV. They show that sex workers’ movement toward greater control over their own lives, in collectively organized ways, is not inherently dangerous or a threat to public health.  Stigmatization and continued marginalization, including from the media, are perhaps far more damaging.

The stereotype of sex workers as manipulative vectors of disease is an old one. But just as problematic is a broader refusal to see women’s autonomy in a multifaceted way. Sex worker activists have fought for more in the last twenty years than just the right to work independently of brothels—they have also fought, together, for the right to be recognized by the state, the right not to face violence, the right to make collective decisions about their lives, and, yes, the right to protect themselves and others from HIV. Ignoring this history reduces sex workers’ politics in India to the simple pursuit of more individualized economic control. The aims of feminism have always been more than individualism, personal freedom, and economics—at its best, feminism is also about justice, solidarity, and connectedness.  Insisting on these elements of feminism resolves the tired, imagined contradiction between women’s autonomy and the public good. 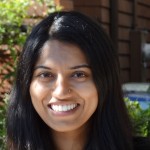 Gowri Vijayakumar is a Ph.D. candidate in Sociology at the University of California, Berkeley. Her interests include gender, work, NGOs, globalization, and the critical study of medicine.  Her current project examines the politics of HIV prevention programs with female, male, and transgender sex workers in India and South Africa.

Related ItemsHealthHIV/AIDSIndiaPoliticsProstitutionSex WorkersSexualityViolenceWorld
← Previous Story A Photo-essay: Decolonizing My Body, My Being
Next Story → Lily and Michelle