The Frenemy Project – The Feminist Wire

By Guest Contributor on November 7, 2012

By  Catherine Packer-Williams  and Wendi Williams

Black/African descent women professors face several challenges to health and wellness in their attempts to successfully navigate the academy.  Surviving in an academic culture inspired by a “white supremacist hegemonic order,” in which racism and sexism are interdependent can have a detrimental physiological and psychological impact (Patton, 2004).  Black/African women academicians often work in isolated career spaces in which the power of relationships and support can mean the difference between thriving, mere survival, or their collective demise.

Black/African descent women’s relationships with each other have the potential to be adaptive, healing forces that combat difficult dynamics experienced in the workplace.  In professional contexts, friendships between them can serve the role of “bonding as sense-making” and bonding as a form of sustainability  (Denton, 1990; Fries-Britt & Kelly, 2005; Green & King, 2002).

While there is great potential for these sister-colleague relationships to be affirming, restorative, and safe, if dysfunctional dynamics arise, such relationships can also toxically manifest in the form of relational aggression.   Relational aggression is a term used to describe women bullying women.  Instead of the bully at work physically harming you, she sets out to damage your relationships, reputation, and rank (Dellasega, 2005).

A woman who bullies other women is typically an insecure woman who does not believe she can compete on her own merits (Packer-Williams, 2011, p. 26).

She chooses to sabotage the efforts of those she perceives as competitors all the while pretending to be a close friend, hence the term, “frenemy.”  In this article, two Black/African descent women academicians share their experiences navigating the sister-colleague-frenemy paradox and introduce “The Frenemy Project,” an awareness campaign and research agenda that focuses on relational aggression and fostering healthy relationships among Black/African women.

Catherine is my colleague and dear friend. We met and decided to form a relationship with one another inspired by a shared need for peer mentoring.  She and I both worked in an academic context with the potential for relationships with other Black/African descent women.  However, we formed and endeavored professional work with our sister-colleagues, and both experienced relational aggression within that context.  It was actually Catherine that gave me this language in which to conceptualize my experiences.  All I knew was that I felt my relational boundaries and personal and professional authority being challenged.  All I knew is that I was at times angry and hurt and ultimately disappointed in what I felt was a violation of the “sisterhood contract” I was promised. The promise existed in the media (film) and cultural lore of Black/African descent women remaining supportive and committed to one another’s journey and process, without envy or ill-intent.

As is characteristic of scholars and activists, we decided to inquire and write about our own experiences, to better understand what might be happening in order to make a change.  What I find interesting about this process and implicit to the challenge to health and wellness among Black/African descent women in academe, is their relationship with themselves.  Personal transformation, an unwillingness to accept abusive challenges to our personal power, is implicit to 1) illuminating the negative impact of academic culture, which pierce our boundaries, 2) identifying sister-colleagues with whom we can have the bonding-peer mentoring support relationship, and 3) protecting our relationships from the invasion of divisive race and gender-based politics and practices that pit women and women of color against one another in these settings.

Personal transformation can at times seem esoteric and quite possibly elusive.  However, as it relates to Black/African descent women, I think it is imperative that we concretely name what is meant.  As Catherine and I have been working on this project over the last couple of years I have pondered what exactly it is that needs to change/grow/transform in Black/African descent women in order to change/grow/transform relationships.  I’ve concluded that there is an internalization of gendered and racialized oppression that block our sense of personal power and authority.

Internalizing racial and gender stereotypical notions of what it means to be a woman and what it means to be a Black/African person creates the psychological climate that would engender thoughts that shape attitudes and emotional standpoints that manifest in behaviors representative of envy, resentment and fear–that “there is not enough” for more than one Black/African descent woman, or if “she gets this” opportunity/accomplishment I will be deemed “less than/not as good as.”  The culture of academia places all faculty in competition with one another.  However, as it relates to Black/African descent women academicians, so few in number in these settings and with a presence that can be characterized as tenuous at best, the stakes are higher. And, high stakes place Black/African descent women in a paradoxical space–of being either sister-colleagues or frenemies.

As I began my academic career exploring factors that influence the well-being of African American women, I never expected to be writing about my own journey.  I certainly never expected to be writing about my experience of an assault on my well-being at the hands of other women of my same race and ethnicity that occurred at work in higher education.  Although I have heard the “crabs in the barrel” proverb repeatedly, I never recognized the academy for being the illustrious barrel that it truly is.  I thought if I made it into the academy, I would be out of harm’s way.  Instead, I quickly realized that I set up shop right in the middle of “BarrelTown’s” town square.

Due to my naivety and romanticization of Black/African decent women working in the academy, together for the  common good-of  uplifting women of color and our communities through our scholarship and teaching, I found myself completely unprepared to be the victim of relational aggression by a sister-colleague.  Being caught off guard by typical signs of relational aggression, such as your “friends'” subtle and not so subtle passive aggressions, competitiveness, sabotaging, betrayal, and ultimately enemy conduct, is constant.  I learned the hard way that my sister-colleague was actually not my friend but a “frenemy.”  As I began to experience success in the academy, she tried to ruin my reputation as a scholar and destroy my professional relationships.  In true crabs in a barrel fashion, she tried to pull me down.

I was prepared to combat the racism and gender-bias in the academy that has been reported in the literature over the past 30 years (Evans & Cokley, 2008; Fries-Britt & Kelly, 2005; Guillory, 2001; Holmes, Land & Hinton-Hudson, 2007).  However, I was completely unprepared to combat the aftermath of betrayal at the hands of a sister-colleague and frenemy.  It literally made me sick.  My physical and emotional health was negatively impacted by the stress of being the subject of psychological violence and betrayal.  My health was further affected by my own fear of breaking the silence around what was happening to me at work by sharing with white colleagues what was transpiring with another Black/African woman colleague.  I allowed the silence to engulf me.

It was critically important to my survival to find a way to take back control of what was happening to me personally and professionally.  One of the major obstacles in talking about this issue is the taboo surrounding Black women talking negatively about other Black women.  With so many negative stereotypes that already exist about Black women, there is hesitancy and an unspoken rule about airing our dirty laundry, particularly to “others.”  I have embraced the notion that silence only empowers frenemies. Therefore, in partnership with Wendi, I decided to expose my experience and serve as a beacon of light on the issue of relational aggression with the aim of empowering others, healing bullies, and helping all women recognize when they are in a fremeny situation, or when they’re contributing to the emotional bullying of another woman in the workplace as bystanders.  Sharing my story and working with Wendi on The Frenemy Project has been a healing and corrective experience.  It is a loving reminder that Black/African women can have supportive, “lifting as we climb” relationships, rather than “crabs in a barrel.”

Mission of The Frenemy Project

The purpose of the frenemy project is to create an educational, reflective, and healing space for the growth and development of healthy, positive relationships among girls and women.   At the heart of our work we seek to illuminate healthy/functional ways for Black/African women to relate to one another with the hope of transforming unhealthy systemic practices in academe.  There are hurting and unhealthy women of every ethnic background, and Black/African women are not immune.  Let us all shed light on the subject so the conversation and healing can begin.

For more information on The Frenemy Project, please contact: TheFrenemyProject@gmail.com.

Dr. Catherine Packer-Williams is an assistant professor in the Counselor Education Program in the Department of Professional Studies in the College of Education and an affiliate professor in the Psychology Department in the College of Arts and Sciences at the University of South Alabama. Dr. Packer-Williams’ scholarly activities focus on the intersections of race, gender, education, and counseling/counseling psychology.  She has contributed to the growing body of literature that better illuminates the experiences of African American women in the academy particularly in regards to mentoring, professional identity, and psychological well-being. 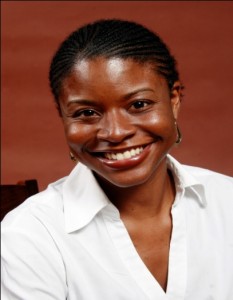 Dr. Wendi Williams is a counseling psychologist and is on faculty at Long Island University – Brooklyn in the department of Counseling and School Psychology. Her work centers on the development, implementation and evaluation of school and community-based health and educational interventions that promote optimal health and well-being among urban youth and their families and the practitioners that will work with them. She engages research for action and social change and implements interventions that will build critical consciousness among participants. Her intent is to facilitate awareness to the connection between physical, mental and spiritual health and wellness among populations disconnected from these relationships. Dr. Williams is affiliated with the American Psychological Association (APA), Society for the Psychology of Women (Section One- Black Women).

Related ItemsAcademiaBlack WomenHealth
← Previous Story Sojourner Truth Meets Medusa: Toward a Fulbright Revisioning of the Black Woman Academic’s Inheritance of “Doin Too Much”
Next Story → “Is That Healthy?” Experiences of Microagressions by Black Women at Historically Black Institutions