“Is That Healthy?” Experiences of Microagressions by Black Women at Historically Black Institutions – The Feminist Wire

Home / Academia / “Is That Healthy?” Experiences of Microagressions by Black Women at Historically Black Institutions

“Is That Healthy?” Experiences of Microagressions by Black Women at Historically Black Institutions

By Guest Contributor on November 8, 2012

“Is that healthy?” the administrator asks, as we discuss a female student’s concerns. Meanwhile, she watches me, an untenured Black woman professor, holding tightly to my handful of journals in which I have chronicled years of microagressions and microinequities levied against me, as I wait until I receive tenure.

Racial microaggressions are brief and commonplace daily verbal, behavioral, and environmental indignities, whether intentional or unintentional, that communicate hostile, derogatory, or negative racial slights and insults to the target person or group.1

The term microinequities describes the “pattern of being overlooked, underrespected, and devalued because of one’s race or gender.”2

However, I’m a Black woman professor in the sciences 6 at an HBCU (Historically Black College or University). Although I am a member of the majority race in the academic context of my university, I am the sole Black woman on the faculty in my academic unit. Some teach at HBCUs in order to escape the overt racism more likely to be experienced in majority institutions. However, that does not immunize us from microinequities based on race and/or gender.  In discussing the struggles of Black women in the academy, Nancy Lynne Westfield writes:

Too much of our teaching work involves fending off the racist stereotypes foisted upon us by white students (and students of color covetous of whiteness ).7

However, the microagressions against Black women at HBCUs are minimized, marginalized, and often overlooked altogether.  Womanist scholarship asserts that Black women must avoid being run over, as daily we must cross the sometimes hazardous intersections of race, gender, class, sexuality, and environment.8 In the academy, we traverse the expectations of being Mammies, Jezebels, Sapphires,9 and Superwomen, and are sometimes expected to, or called upon to be, all of these figures.

My own experiences can be shared and categorized through the terminology of Sue et. al. as microassaults, microinsults, and microinvalidations.

A microassault is an explicit racial derogation characterized primarily by a verbal or nonverbal attack meant to hurt the intended victim through name-calling, avoidant behavior, or purposeful discriminatory actions.10

Westfield’s chapter, “Called Out My Name, or Had I Known You Were Somebody…,”11 appropriately describes some of the typical microassaults that Black women academics face.  Microassaults to Black women in the HBCU context can often come from Black women students and staff. One young woman, who entered our doctoral program after having earned a Master’s from a majority institution, looked at the volumes on my bookshelf; she saw one particular book and pulled it from my shelf. In our discussion, I noted that I used it for one of the classes in our core curriculum. She replied, “Hmm… So, I don’t have to take your class. I already took it from the [white male] person who wrote the book.” My response (in Sapphire mode) to this macro-level invalidation of my presence and authority in her current institution was, “Well, he won’t be here for your comprehensive exams, nor will he be on your committee.”

Similarly, another young Black woman was introduced to me by the director and associate director of my academic unit, as I was assigned (without my consent or assent) to be her undergraduate academic advisor. This assignment came through the erroneous assumption that all Black women students would want me, the only Black woman faculty member, as a role model. A further erroneous assumption is that since the majority of our students are Black women, that I have the time, ability, and/or inclination to mentor every Black woman in the unit.

In any event, the student called the two male administrators Dr. X and Dr. Y. (It should be noted that our institution, as are many HBCUs, is very formal with respect to using titles, a historical practice that may have been born to combat the microaggressions of majority culture.) They introduced me as Dr. Owens and she immediately said, “Hello Miss Owens,” not even “Mrs.,” for I am indeed married.  She was corrected, “No, this is Dr. Owens.” And her reply was, “She must be Miss, Mrs., or something. What difference does it make? It ain’t that crucial!” They asked her to apologize, and she refused, saying, “For what?!” I then suggested that she needed a new advisor; at that point, I was called upon to be Mammy when the director said, “Dr. Owens, she needs you, she just doesn’t know it yet.” My response was, “Even if it kills me?”

Microassaults segue into microinsults, which are “characterized by communications that convey rudeness and insensitivity and demean a person’s racial heritage or identity. Microinsults represent subtle snubs, frequently unknown to the perpetrator, but clearly convey a hidden insulting message to the recipient of color.”12  During a meeting with an advisory panel for a collaborative research grant, I was called upon to introduce myself as an academic. When I listed my several transdisciplinary degrees and recounted my experiences, an older white male panelist asked, “Where are you from?” I responded, “Jackson, Mississippi.” Then he said, “Your mother must be proud of you.” Apparently, he had ascribed low expectations and a limited degree of accomplishment for me.  As other panelists audibly gasped, I replied, as calmly as I could, knowing that my mother earned her own doctorate (in Mississippi) in the 1970s, “Yes, she is.”

Similarly, a new white male Master’s student, who earned his undergraduate degree at a majority institution, who had passed me in the hallway several times previously, walked up to me after I had presented at the School’s orientation, and introduced himself. (This reminded me of Westfield’s chapter, “If I had known you were somebody…,” I would have introduced myself earlier.”) He said, “We haven’t met.” He offered me his name and said, “I like the way you intonate.” Intonate?!–my inner Sapphire yells. Instead, I say, “Thank you.” What an interesting word choice! I do not think that he was referring to the fact that I spoke in musical tones; I certainly do not speak in a monotone.

Sue et al., in giving examples of microagressions, describe a tendency to pathologize cultural communication styles. The more typical veiled compliment is, “You are so articulate,” revealing that the racial/cultural/gendered expectation was that I would not be.  Westfield sums up these phenomena:

Regardless of credentials, employment status, tenure, scholarly prowess, or intellectual achievement, students, Black and white, signal that when the teacher is Black… the faculty person’s status would make the possibility of their authority implausible, even impossible.13

Microinvalidations are characterized by communications that exclude, negate, or nullify the psychological thoughts, feelings, or experiential reality of a person of color.15

Whenever I challenge, report, or otherwise call out microagressions, my concerns are dismissed, and I am cast as an overly sensitive version of the villain Jezebel. Whenever I go to my unit head, I receive the universally silencing microinvalidation, one that I could see on my evaluation—“You just need to have a positive attitude.”

Sadly, the existence of these micro-chips is not lost on other Black women in the pipeline. More than one Black woman graduate student has come to me and said, “Dr. Owens, I don’t want to be a professor, because I see how they treat you.” Or, the ones with more visible self-interest say, “Dr. Owens, you need to leave–after I finish of course, but you need to leave.”

So, I hold on for dear life to my handful of journals that contain the reality of prolonged exposure to daily gendered microagressions at an institution in which I am in the racial majority. The administrator asks, “Is that healthy?” My reply, preceded by a deep sigh, is “Absolutely not.”

[3] Johnnetta Betch Cole and Beverly Guy-Sheftall, Gender Talk: the Struggle for Women’s Equality in African American Communities, One World/Ballentine Publishing Group, 2003, 147. They assert that Black women’s “gendered experiences (which are not conceptualized as “racial” experiences) within our own communities are marginalized if they appear at all in narratives about the history of race in America.”

[5] Katherine Grace Hendrix, “She Must Be Trippin’”: The Secret of Disrespect from Students of Color Toward Faculty of Color,” In New Directions for Teaching and Learning, NO. 110, Summer 2007, 85-96.

[6] There is a different body of work addressing microinequities experienced by women in science. 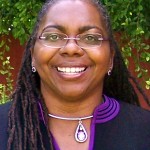 Marcia Allen Owens serves as Assistant Professor in the Florida A&M University School of the Environment. An environmental attorney and interdisciplinary scholar focusing on the intersections of environment with religion, gender, culture, and education, she earned the Juris Doctor, Doctor of Philosophy, and Master of Divinity degrees from Emory University. She is also an ordained elder in the African Methodist Episcopal Church. She has published book chapters in God’s Earth is Sacred: Essays on Eco Justice and World, as well as Justice in a Global Economy: Strategies for Home Community & World. Her collaborative works may be found in peer-reviewed publications in the sciences, theology, and higher education. Forthcoming is “An Analysis of Race and Gender Dynamics in Bahamians’ Perception of Climate Change Risk,” co-authored with her first doctoral student, Rhianna M. Neely, Ph.D., which is forthcoming in World Turning: Race, Class, Gender and Global Climate Change.

Related ItemsacademicBlack WomenRaceracismU.S.
← Previous Story The Frenemy Project
Next Story → I Ain't Your Girl: Controlling Identities and Acts of Isolation in the Academy