Sounding Off: On Violence – The Feminist Wire

Home / Culture / Sounding Off: On Violence

Sounding Off: On Violence

What becomes of the voiceless, or, rather, the person whose voice is at once audible, but silenced? And what about the life worlds of those who are spoken for, over, against by those who not only seek to mute voice, but to terminate opposing utterances altogether? What are we to think of those who seek to render inaudible (and to murder) sound: that is, the individual and collective voice? Might this be named the violence of forced silence? 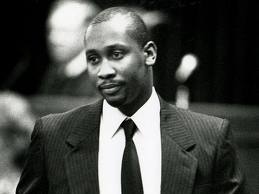 Troy Davis was executed by the state of Georgia and declared dead at 11:08 pm on September 21, 2011. Despite Davis’s admission of innocence and imploration to live, and despite the nearly one million people who placed their signatures on petitions advising the Georgia Board of Pardons and Paroles to grant clemency, and despite the fact that Nobel Prize winner Archbishop Desmond Tutu, Pope Benedict XVI,  Harry Belafonte, Sister Helen Prejean, Mike Farrell, former FBI Director and federal judge William S. Sessions, Jesse Jackson, Jr., Sheila Jackson Lee, Murder Victims Families for Reconciliation, Angela Davis, Amnesty International and thousands of others around the world urged the state of Georgia to reconsider the evidence and/or stay the execution, the State refused to hear the voices of the many and the voice of the one whose life was deadened by way of limited and skewed evidence. Rage and melancholy permeated many homes and streets and worship spaces and prison cells because of the State’s failure to “hear” a collective plea, a unified voice projected against capital punishment. Another life has been terminated by the State despite the sounding of voice. But the State is haunted, still, by Davis’s last unruffled and lingering utterances: “…The incidents that happened that night was not my fault. I did not have a gun that night… I did not shoot your family member. For those about to take my life, may God have mercy on all of your souls. God bless you all.”

Regardless of its level of audibility, volume, tenors, mutations, and muting, sound refuses death. Radical insurgency is possible among collectivities oppressed under regimes of power, in fact, because its oppositional call sounds: indeed, it resonates beyond its obstruction. But often, such soundings activate the disciplining desires and actions of those forces designed to repress: to silence. In other words, such soundings are subject to symbolic and material violence. And in a milieu still deeply tethered to and invested in Enlightenment rationality and its attendant privileging of discursivity, one of the ways that this violence is enacted is through a dismissal of these soundings—and, undoubtedly, the bodies from which they escape—as unintelligible or incomprehensible: that is, as unwanted sound, unwanted bodies—as noise. While many artists, activists, and scholars have evidenced its creative potential and uses, noise is still generally regarded as having little or no value. Thus, the branding of particular sounds and bodies as “noise” sabotages the possibility of their perception and reception. Indeed, it instantiates an act of violence: one that attempts to render certain sounds inaudible and certain voices and voicings insignificant. 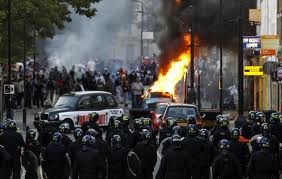 The Independent Riots Communities and Victims Panel was established in the aftermath of the “summer riots” that erupted in the UK in August 2011. The panel, which was staffed by four “experts,” provided the following assessment in its Final Report: “viral silence may have as many dangers as viral noise.” The panel concluded that both “viral noise”—or, rather, the incessant images and news soundings offered through traditional and new (social) media outlets—and “viral silence”—that is, the lack of images and soundings— are potentially hazardous. Yet, the report is clear in its designation of “viral noise” as further motivating the riots during what was described by some as a “night of rampage… by a pack of hounds” and “young thugs” occasioned by a volksgeist  of “mob criminality.” But what about the “viral silences” around the death of 29-year old Mark Duggan who was shot and killed by Metropolitan Police officers in Tottenham on August 4, 2011? Mark’s killing is considered as the key event that precipitated a localized reaction that ultimately spread across the UK. What about the police violence, structural inequalities, and other socio-economic realities—those other “noises”—that are tremors shifting the grounds of our social relations and commitments to the State? Which noise do hegemonies wish to quiet and which silences do they wish to unmake?

To force into silence is to know the power of utterances to radically disrupt and reorder the social. The desire to mute certain voices, certain sounds, emerges from an understanding of the therapeutic, reparative, and imaginative potential of speaking up and out. In fact, what literary trauma theory has made eloquent is the ways in which acts of narrating and storytelling as well as bearing witness open space to truly hear those past sounds that have been violently silenced and to think into being a future that is not entrapped by a cycle of traumatic repetitions. Narrating, storytelling, and bearing witness are creative acts that are at once reflective and constitutive of our life worlds. They emblematize a drive towards life: towards possibility. What surely marks them as dangerous for those who have murderous intentions—or, put differently, a desire to maintain or contain the status quo—is their capacity to resonate and effect change. 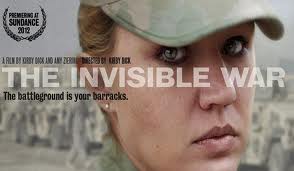 According to the Department of Defense Annual Report on Sexual Assault in the Military, there were 3,158 total reports of sexual assault in the military in 2010, which represents 13.5% of total assaults that year, making the total number of women and men that were assaulted in the military around 19,000.  A military sexual trauma survivor, Monica, shared the following horrific account on an award-winning blog site aptly titled, My Duty to Speak:

“After my rape I started to have a really hard time, emotionally. I couldn’t focus, I was getting angry and yelling at my drill sergeants and other soldiers. My drill sergeant told me to go to CMHS (Community Mental Health System) to get evaluated! They thought I was crazy. I ended up talking to a psychologist and telling them what happened. Within a couple weeks, I was getting my papers to be discharged from the Army. They said I was unfit to be a soldier and that I was useless. I wasn’t allowed to deploy and not allowed to carry a weapon. They treated me like I had a psychical (sic) and mental handicap. I got on the plane home and found myself in homeless shelters, jobless and completely lost in this world. I was very angry, I started having more outbursts and completely shutting down. I wanted to kill myself. I felt like a reject, a nobody.”

Many women who are victims of rape within and without the military, like Monica, are rendered dangerous and their words as artillery directly aimed at the status quo. But their words function to return things to the status quo ante bellum—the way things were before the war on their bodies, their spirits, their psyches. And this is why initiatives like My Duty to Speak exist—they are vital apparatuses of enunciation and witnessing: they speak against and over the militarizing machinery of forced silence.

We rattle the very ground on which such violent structures stand by calling them out. We hope to encourage the kind of bone-deep listening that will at once destabilize such structures and make the sounds, the voices it has silenced through violent action, comprehensible. Sound not only occurs, but it demands to be heard. The person whose voice is at once audible, but silenced, demands to be heard. Utterances subsist. They insist. They sound…

…like the voice of Palestinians whose quest toward self-determination is often unheard in the neo-colonial clatter in support of the occupation of the West Bank and Gaza. They sound like the voices of the 2.2 million people who are presently in US prisons and jails, whose liberties and well-beings do not factor (or are not “valued”) in a neo-liberalist age where the industrialized prison is a booming market.  They sound…

…within violent and quotidian structures that are well rehearsed in strategically staging their own disappearance and reappearance, their own inaudibility and audibility—within violent  and quotidian structures that presume the incapacity of those whose lives they organize and affect to practice critical witnessing and active listening. These violent structures are vested in protecting themselves by speaking for, over, and against any voice, any sound that threatens to reveal their very existence and, crucially, their ideological investments. They presuppose their own inability to be called out.

We are calling them out. 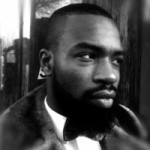 Darnell L. Moore is a writer/poet and activist who lives in Bedstuy, Broooklyn, NY and hails from Camden, NJ. He is a member of The Feminist Wire Editorial Collective. 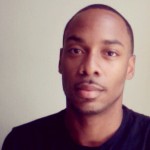 Related Items
← Previous Story The Precarity of Latino/a Child-Citizen Subjects: From Dora the Explorer to Child Deportees
Next Story → Phantasmagoria; or, The World is a Haunted Plantation