A Feminist Review of Hotel Transylvania – The Feminist Wire

A Feminist Review of Hotel Transylvania 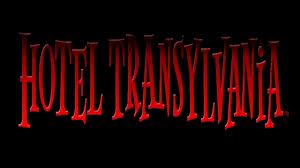 Hotel Transylvania is an animated movie about a hotel for monsters. The film starts by following the lives of two main characters, Mavis and her father, Dracula. In the movie we (the audience) get to experience Mavis’s 118th birthday. All of the monsters come to the hotel for protection and to see Mavis. Count Dracula tries to keep humans away from the hotel in order to keep his daughter safe. But a human, Jonathan, mistakenly enters the hotel, and Dracula goes to a lot of trouble to hide the human, who becomes a main character. 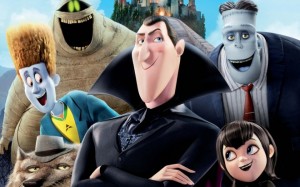 In Hotel Transylvania, the plot follows several characters. Dracula is a vampire with an objective of keeping his daughter safe from humans. He is “The Boss” of the hotel, the man who had it made and rules over it. Other characters are Murray, Frankie, Wayne, and Griffin. Murray is the mummy and has a fun personality; the actor/singer CeeLo Green plays Murray. Frankie, short for Frankenstein, has a strange, sensitive personality and can also sing quite well. Wayne is a werewolf and is….family troubled. His kids drive him nuts and are, themselves, a bit crazy. Griffin is the invisible man. He has a very strict manner and is always trying to attempt a feat only Murray can do: joke around.

Of course, the main characters are Mavis and Jonathan. Mavis is Count Dracula’s daughter. And she wants to see the world. Of course, dads are unpredictable. The Count creates a whole new town and has his zombie servants act as humans. His goal: to make humans look mean so that his daughter won’t want to join them. Then along comes Jonathan, the human who basically upsets the whole plot.  Mavis and Jonathan fall in love with each other. I think that a big theme of Hotel Transylvania is that when you feel something in your heart like a ZING, you follow it til the end. 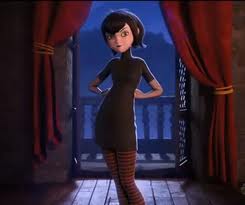 In Hotel Transylvania, the feminist messages are directed from Mavis to the world. Mavis directs her feminism to her dad, to her secret crush, and to the rest of the monsters. First of all, she is feminist toward her father. For example, Mavis believes that humans have changed. She tries to convince her father of that so he’ll let her fly out. Secondly, she directs it too her crush, Jonathan. To illustrate, when Dracula kicks him out of the castle, Mavis catches up to him and takes him to the roof to see the sunset.  She doesn’t care what her father thinks even when he says to stay away from Jonathan. Third, Mavis directs her feminism to all of the other monsters. For instance, when all her relatives come up to her room to say hello, she tells them of her father allowing her to go and see the world, so he can’t get cold feet or back out.

In conclusion, Hotel Transylvania is a wonderful and inspiring movie for all ages. I especially think those of you who are vampires will like it. I enjoyed the film and hope you do, too.