Are We Really That Different from Cicely Bolden? – The Feminist Wire

Home / Education / Are We Really That Different from Cicely Bolden?

Are We Really That Different from Cicely Bolden?

Cicely Bolden was a young woman who was stabbed to death by her boyfriend because of her HIV status. After school, her young children found her at home, murdered. Media coverage states that the boyfriend killed her (brutally, I might add) when she disclosed her HIV-positive status after they had sex.

Here is what I find interesting:

First, for many media outlets, the narrative’s tone is shaped by interviews with Cicely’s partner, Larry Dunn, the man who stabbed her to death. In one article, Dunn states, “She killed me, so I killed her.” This narrative exacerbates stigma and is thus far not challenged in most media coverage.

Second, our natural inclination is to blame the victim. It is troubling to me that society does this, but even more troubling that we, as the HIV-positive community, do this.  Some automatically say, “Well, she did have unprotected sex” as if we actually know that to be true.  And even if it were true, it does not make the case that this young woman, in some way, deserved to be murdered, which is the implication.

I will go ahead and take the unpopular, but needed step to state that there are many – too many – HIV-positive women whose lives are endangered. Studies have shown that HIV-positive women experience a greater degree of violence upon disclosure than men.  And yet, many HIV-specific programs, policies, decision-makers, and communities tend to generalize experiences of all people living with HIV and operate on an assumption that people have the same ability to negotiate safer sex or even have conversations around sex at all. Many women experience forced sex on a regular basis. One out of four women in the U.S. experience violence with an intimate partner at some point in their lives.

A clinical trial known as HPTN 052 revealed that if a person living with HIV is on treatment and has an undetectable viral load, there is less than a 4% chance of HIV transmission. This is groundbreaking information. It shows that if given comprehensive and accurate information on all treatment options and if ready to go on treatment, achieving an undetectable viral load is another way to improve one’s health as well as to protect one’s partner. It throws a twist in the disclosure debate. Is someone’s life worth a 4% risk?  I already know the argument: any risk requires disclosure. However, this argument fails if you risk your safety by disclosing. Violence is a reality for many women.

What am I most frustrated about? On one HIV-specific community forum site, I am the only member who is talking about this. It makes me sad. Are we really that disconnected? Do we really think we are so different from Cicely Bolden? 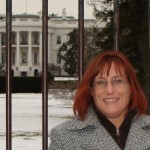 Kat Griffith is a U.S. Positive Women’s Network Steering Committee Member, sits on the National Domestic Violence/HIV Curriculum Committee, and advocates with Illinois Alliance for South AIDS Policy. She is based in Peoria, Illinois.