A User-Friendly DNC? – The Feminist Wire

By Heather Laine Talley on September 4, 2012 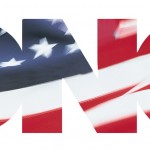 The Democratic National Convention is promoting the 2012 Charlotte convention as the “the most open and accessible convention in history.” The DNC begins with free events for local families and ends with President Barack Obama’s speech, which is ticketed, but free and open to the public. The Office of Public Engagement was charged with grassroots recruiting efforts to increase the numbers of attendees to caucus meetings. The convention features the first official youth-geared programming and the first Latino keynote speaker, San Antonio Mayor Julian Castro. The release of the DNC 2012 mobile app for smartphones provides live streaming of convention events, and the style of the 2012 DNC is distinguished by an unprecedented social media presence.

Related ItemsPoliticssnapshotsU.S.
← Previous Story There Is No Water in Our Survival Kit
Next Story → The Spaces Between Us: Off-site at the DNC, Jesse Jackson speaks of need to 'democratize democracy'