The Power of Networking among Black Academic Mothers – The Feminist Wire

Home / Family / The Power of Networking among Black Academic Mothers

The Power of Networking among Black Academic Mothers

By Janaka B. Lewis

Academia is thought to be one of the lonelier career homes for African Americans.  We go into graduate programs where we are often one of few African Americans (depending on the field), and many of us continue on to institutions where the same is the case.  We are expected, in many cases, to toil alone and additionally deal with perceptions that come with being the “only” or one of the only people of color in our department.  Add on top any pressures of being a parent, or aspiring to be one, or taking care of any concerns outside of our jobs, and the role of a “blackacademic” can be part of a miserable existence.

I have seen several claims along these lines.  My intention here is not to invalidate any of them.  In my own experience, I have seen how some of the most well meaning institutions and people in them can make scholars of color feel like continuing graduate students rather than colleagues.  I have answered the stupid questions about my field (which unapologetically relates to my ethnic background), I have negotiated the visible politics, and at times it still does not seem to be enough.  My successes so far have been, however, based on the networks I have created outside of my department.  I credit two major networks with my ability to stay sane in what can be a crazy environment.  Providing no names or titles, I will say that networks helped me stay out of complicated situations and take control of my own.

When I arrived on campus, one network was already in place, and this was the network of junior faculty.  We had “first-year” meetings, workshops, drinks, and it was great.  Many of my colleagues in this group were very similar to me—young, possibly married, and excited about whatever we could contribute to the academy.  This network was extremely helpful.  We had great conversations about our transitions, good meals, nice gatherings to watch some awards show or other, and, of course, drinks. 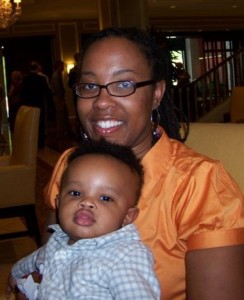 My husband and I soon decided to start a family, and the need for a different network emerged.  I needed to know about the pleasures and politics of raising children in the academy.  Believe it or not, some would have you think that “children” is a dirty word as an academic.  You don’t want one to feel you are unfocused, so unless you have tenure or are of the male gender, you only mention your children when someone asks about them.  I threw that out the window when I ended up pregnant at the exact same time as a colleague who came in the same year, another friend who worked on campus, and a former student with whom I became friendly.  I chose to create additional networks so that I didn’t feel like my worlds were extremely separate. 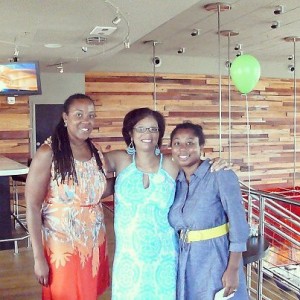 First, I joined an organization called Mocha Moms that helps to educate mothers on social issues and gives the kids a venue to play.   This national group with an established local chapter in Charlotte, where I live, actually came as a recommendation from a woman who worked in academia where I was in graduate school near Chicago.  Although most of the mothers stay at home with their children and use the group as a social and educational venue, there are also part and full time working moms.  And even though the title of the group reflects the celebration of mothers and children of color, this group is open and inviting to a diverse group (there is a national annual membership fee of $40). Months before I even gave birth, I was observing playdates and asking questions about what to expect as a mother, and they have continued to be a resource into my son’s toddler years.  This has also been a space where I have cultivated my academic work, as Mocha Moms have supported me at local lectures that I have given and the group invited me to present my research on African American mothers in literature, inspired in part by them.

As I transitioned back to work a few months after my son was born in 2010, a group of new mothers at my university who I had already connected with informally served as both colleagues in writing and in parenting.  I have come to call us MAD (Mothers in the Academy) because conversations immediately spread the range of pregnancy and infant issues to our latest research.  How refreshing it is to talk about our academic work and our children in the same conversation and without feeling unnecessarily embarrassed about the work that we are unable to accomplish in our busy days.  Now it seems like the most normal thing in the world to talk about scholarship over a playdate—at a kids’ gym, during a walk in the park, or over popsicles rather than coffee.  These “MAD” conversations have led to evenings out or in with an awesome group of ladies who are African American or parenting African American children, although there is no membership policy and being a person of color is not a requirement for participation.

I also stayed connected or reconnected with other networks of which I was already a part during my son’s early years—those outside of my career, such as my sorority, and the “sister circle” that brought me in when I began working at my current institution.  This group of anywhere from four to eight women faculty members who span Humanities and Social Sciences and are predominantly of African American descent, had already been meeting for dinners around the city when I got here, and I was introduced by a mentor in a different department.  Our gatherings generally include dinner at new or favorite restaurants (including Charlotte’s famed citywide “restaurant week” appropriately called the Queen’s Feast) and sometimes expand to cultural events and even movies.  It is refreshing to get away from our departments and our personal situations for a girls’ night and be able to talk about both academic work and reality television.  In my recent effort to “name and claim” my networks, I have named these my S.E.E.D. (Sister Educators Eating Dinner) sisters, and we plan to increase quarterly gatherings to bimonthly gatherings this academic year.

I mention these particular networks because they have been instrumental in maintaining my sanity as a person first and mother and academic equally.  These woman-centered networks have helped me remember what is important to my emotional, psychological, and spiritual success in addition to how many articles I am able to publish each year.  Additionally, the two are connected—when my job at home is going well, I can concentrate more on my job on campus, and vice versa.  But thanks to these networks and my commitment to be the best parent and scholar I can, I refuse to fail at either. 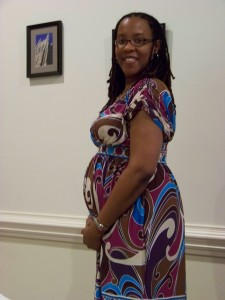 Author Bio:  Janaka B. Lewis, Ph.D. is an Assistant Professor of English at The University of North Carolina at Charlotte, where she teaches Early African American Women’s Writing and other courses in American Literature.  Her research focuses on black women’s narratives of freedom, education, and community.  She is also a proud parent of an almost two year old son, Justus.

Related ItemsFamilyHealth
← Previous Story In honour of the leadership of US-born African-American/African-Caribbean/African-Latin@ Muslim women in responding to HIV/AIDS
Next Story → TFW Interview: Keith Boykin on "For Colored Boys"