I am neither a Muslim nor a woman; however, I am attempting to enact feminism and social justice in the age of the ‘War on Terror’. Consequently, I see the necessity of thinking and acting as an ally to Muslim women. This is obviously an incomplete, challenging, and humbling process, but it is necessary because Muslim women have become increasingly important symbols in struggles over war, feminism, immigration, and civil society while rarely having the space to communicate about themselves and their perspectives.

Therefore, I offer this self-reflective criticism about how we – white people, feminists, academics – so often look at Muslim women and how it limits the usefulness of our analyses for both them and the broader causes of social justice. These four points are inspired in large measure by Chandra Mohanty’s “Under Western Eyes,” an incisive critique of Western feminist tropes about ‘Third World Women.’ These guidelines may help my fellow non-Muslim feminists approach Muslim feminisms and Muslim women with a more productive perspective.

1. Muslim women have a history of their own. Many people have written and spoken of Muslim women in the most totalizing terms: they are invisible, they are confined, they are powerless. Ten years ago, when I began to study the history of women in Islam, I was astounded to find how central women were to the foundational dramas of Mohammed’s life and how very visible they were throughout the history of Islam. By many interpretations, the very first Muslim was a woman, Khadija the Great. Following Mohammed’s death, half the Muslim community rallied around the leadership of his youngest wife, Aisha, in an armed struggle over the direction of the growing community at the ‘Battle of the Camel’. A multi-century dynasty (the Fatimids) and the entire Shi’a faith are constructed in large part around the veneration of Mohammed’s daughter Fatima. Rabia al-Basri has remained one of the most significant Sufi saints since the 8th century. In the 11th century, modern day Yemen was ruled for decades by Arwa al-Sulayhi (particularly impressive to me considering my country — unlike Pakistan, Bangladesh, Indonesia, and other Muslim-majority states — has never had a woman head of state). Don’t confuse al-Sulayhi with Sayyida Hurra of Tetouan, the 16th century Moorish queen; they are both referred to as “Sayyida Hurra” because, for at least a millennium, Arab Muslims have had the idea of “the woman sovereign who bows to no superior authority” (see Fatima Mernissi’s The Forgotten Queens of Islam). These few examples of only some of the most prominent women are the barest scratching of the surface, especially considering that most Muslim women also identify with cultural traditions older and broader than Islam. But these stories – and, more tellingly, our widespread ignorance of them – suggest that we don’t know as much as we think we do about Muslim women.

2. Muslim women have struggled for the collective political advancement of women both within Islam and without. That is to say, there are Muslim, Arab, South Asian, North African, and other feminisms from the majority-Muslim regions that all have their own histories, often intertwined with each other and those of Western feminisms. While feminists in Europe and the U.S. were fighting for suffrage and legal personhood in the early twentieth century, similar goals were strived for by women like Hoda Shawari in Egypt and Halide Edip in Turkey, who were simultaneously engaged in attempting to rid their country of British and U.S.-American domination. Whether in Ottoman Anatolia, Baathist Iraq, Islamist Iran, or Suharto’s Indonesia, Muslim women have regularly come together in public and private to share thoughts, plan struggles, and register their discontent with whoever may be in control of their lives. Remembering this is crucial for understanding everything from female militants in Palestine or Chechnya (without falling back on the idea that they fight, not for serious political grievances like men do, but only due to lost male relatives or brainwashing) to the invasion of Afghanistan (without buying into the idea that the invasion sought to rescue Afghan women from the Taliban) and the Arab Spring (without making the assumption that women weren’t on the streets en masse during these revolutions).

3. Western ideas, not those of Islam, have triggered the tumult around veiling.[1] I have a sense that this point may raise the most contention, which is exactly why I know it’s so important. Quite simply, most of the world’s Muslim women face daily struggles for survival; this is neither hyperbole nor a product of the veil. From Libya to the Philippines, Muslim women are dealing with a pandemic of violence across their countries of origin that often becomes even more life threatening once groups of men sign peace treaties. Millions of Muslim women are living as refugees or internally displaced. For those that move to the West, they can expect intense scrutiny at the border, constant surveillance, rampant discrimination, and, for women like Shaima al-Awadi, overt Islamophobic murder. For those lucky, brave, and/or privileged enough to participate in Western universities, a veritable buffet of imperialist condescension awaits any Muslim woman who won’t insult her faith and place of origin. These problems, again, have nothing to do with sartorial traditions and everything to do with militarism, neocolonialism, and the unequal distribution of sociopolitical, cultural, and economic power across lines of gender. One may claim that veiling symbolizes this unequal distribution, and I think that’s okay even if I disagree, but no non-Muslim, especially a feminist, should be so shallow to assume that the most important thing about a woman is what she wears on her head. More than one in one hundred women in Afghanistan will die during childbirth, women are denied access to voting and public politics in Saudi Arabia, and men are three times as likely as women to have received primary education in Yemen; these are some of the real problems that women in these countries face and are already struggling against, while many non-Muslims are fascinated with unveiling and see wardrobe change as the only change they can believe in.

4. Finally, the ‘Muslim world’ and ‘Western world’ have an intertwined history, one in which the most recent and majority of the ugliness was perpetrated by the West on Muslims. This isn’t to say Muslims have never done anything wrong to Westerners or each other, nor does it attempt to deny that there have been many productive, fruitful exchanges across the often-blurry lines between Islam and the West. What I mean to say is. again, simple: every one of us in the West has benefitted from the exploitation of Muslim women; we owe them some respect, they don’t owe us anything. The transportation that moves you, the food you eat, the electricity and the device you are reading this on are all products of a petroleum-based economy that could not exist without fantastic quantities of free and underpaid labor by Muslim women and the extraction of value from Muslim-majority regions to white-majority regions has been going on for well over one hundred years now. The last Muslim army left Spain in 1492 and Ottoman control of the Balkans ended before World War I. Since then, European and U.S.-American military endeavors have been launched against Algeria, Libya, Egypt, Palestine, Yemen, Syria, Iraq, Turkey, Iran, Afghanistan, Indonesia, and several other Muslim-majority states and groups. No Muslim-majority nation has invaded a Western nation during this time, but the West colonized basically every Muslim-majority nation from Morocco to the Philippines during the 20th century. So why would anyone believe that political Islam somehow threatens ‘Western values’?

These are important things to keep in mind when you look at Muslim women with Western eyes, whether one is a hyper-privileged white male like me or not. Because people you view as backward, helpless, and pre-political are never going to work with you. Seeing any people in this narrow way reflects existing inequalities of power rather than challenging them, and I know we can do better than that. I await The Feminist Wire’s Forum on Muslim Feminisms hopefully because I think it will, for many, have the exact opposite effect by representing the diversity of Muslim women’s ideas, experiences, and beliefs while also reflecting the common struggles they choose to make with each other against the oppressions that make their lives so challenging. 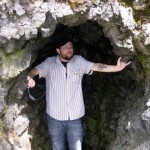 Josh Cerretti is a feminist, anti-racist, anti-militarist activist and scholar based in Buffalo, NY. He is a PhD candidate in Global Gender Studies at the University at Buffalo and a founding member of Buffalo’s Support CeCe Committee and Prison Abolition Reading Group.

[1] I approach ‘the West’ as a discourse that first rose to prominence in post-Enlightenment Western Europe that is based in scientific rationalism and an imperialist sense that people and ideas of European origin are distinct and superior. While this discourse did not achieve unquestioned prominence everywhere within Europe, it was claimed as the truth underlying the expansion of European intellectual and political power through colonialism and settler colonialism. Consequently, I am referring to the interconnected dominant cultures of Western Europe, the United States, Canada, Australia, and New Zealand when I speak of ‘the West’. For more on this, see the Introduction to Edward Said’s Orientalism, Linda Tuhiwai Smith’s “Research Through Imperial Eyes” in Decolonizing Methodologies, and Chandra Talpade Mohanty’s “Under Western Eyes” in Feminism Without Borders.