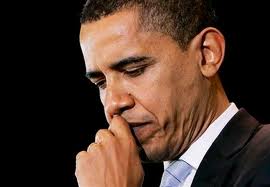 Maybe I should start with telling you who I am and why I want to address you.  I am a child of a battered generation.  The child of a generation whose wars were fought gallantly, with courage, at huge cost, by young people who were sent to the gallows, executed, punished for their daring.  And I am of a generation who were chained to the bed from birth in punishment for the rebellion of our parents.  Who were fed drugs and capitalism in equal dose of malicious silencing.  You know this generation because you too are of the lost souls raised amongst the scattered bones of revolutions past and the drawn skulls of promises unfulfilled.  The liberation movements of the 60’s were fading and erased by the time we saw the light but for the pained eyes of martyrs and survivors.

We were raised in the hollowed halls of neo-colonial regimes where Mobutu and Moi were called leaders in mocking irony at the memories of Machel, Cabral and Nyerere.  Where Sankara and Bishop made last ditch attempts to uphold truth faced with savage reprisals by the tyranny of Thatcher and Reagan.  Where Cuba was the last bastion of alternative but even the image of Ernesto fell to the commodified greed of hungry empire finding new and twisted ways to pacify revolt.

I am Black … is no longer said with pride and resistance.  But, “I am Black” is how I understand myself.  I am Woman, I am Queer, I am African.  Yet rainbow nations disguising patriarchal capitalism will tell me that these truths are divisive.  Many would rather I hide, silence, gloss all, if not parts, of me; but it is these truths of mine that create for me an anchor – a past and a present, a home and adversaries.  I am addressing you today from this standpoint, as a sister, as a fighter, as a woman who seeks to stand always on the side of justice.

When you were making your great strides in the machinery that is the U.S.A, I watched from your father’s land in Kenya.  I watched initially with great fear as those around me cheered in jubilation.  I thought myself a coward for being so scared.  I feared that, like many before you, you would become a conveniently vilified symbol of what your image does not represent.  I feared for the dignity of millions of our African sisters and brothers in the U.S.A for whom promised democracy, redress and reparation have still to be realized.  And I feared for your life.  We heard, below your King overtones, your Malcolm words and subtle gestures, so that even veteran Black nationalists were singing your praises.  And I feared their unwavering optimism, while realizing in your unmatched mobilization how ineffective we had been.

It was a hard truth to swallow.  But those times taught me so much about who I am, where I am and what I am holding onto.  I learnt that an anchor should hold you but cannot lead you.  I learnt that Malcolm’s relevance is not in our outdated Black Power salute, nor our rhetoric, not even in our unapologetic counter to a five hundred year old system of oppression, but that his relevance is in our ability to make his words our own, today, in this time, in our own deeds.

As you ran up against the U.S political elite, the white liberal mask was lifted once again for all to see.  Those of us beautiful enough to be Black Woman, neither first nor second, were not surprised by her aristocratic tantrum calling for our allegiance and the arrogance that sought to blind class and race with femininity.

I didn’t believe it: ‘they are not ready for a Black president’ I said in bewilderment every time you crossed another milestone.  I know them, I know us, and in my script of us and them, they are not ready.  My script was wrong.  You won. And we played Brenda’s “Black President” because it was a time to join our people in celebration. And the parallels with Mandela were indeed stark. While you were never a freedom fighter, tortured nor jailed for dissent, Madiba and Barack seem to be the conciliatory faces of false, forced nations torn at the root by white supremacy.  And with my trepidation, I couldn’t help but smile at the moment you offered, the smiles I saw on weary fighters, including my own mother who to this day has a portrait of you at her entrance that reads in bold letters – MR. PRESIDENT.  You offered the hope you said you would, to the defeated generation and to the generation of our time.  Those of us in between looked around incredulous, reminded that despite carrying the heavy load of burnt churches and promises, we could allow ourselves hope; that skepticism and vigilance, though it saved us from terror and assault, could not lift us into the light.  We had been brave, those of us who soldiered on, alone carrying a fading torch of liberation in the wreckage of Aids, structural adjustment, the war on drugs and evangelism.   Knowing that our people deserved fulfillment not just hope; forgetting how to ignite imagination.

I dared at that point to watch. Not for what you could make happen in the burning house, but, for what you might be able to offer the world from an increasingly belligerent empire.  The world was restless, balancing at the tipping point of destruction. A simple “Assalam Alaikum” reverberated across the seas.  And despite the open gestures, you were not able to stand firm in the stance of open palm, proving again that the system is stronger than the people who make it up.  You stepped up the aggression in your speech, the threats in your voice and set the boat sailing again for leading through violence.  The lid finally shut closed when you stood before the world to deny the Palestinian people their self-determination.  So when we mourned the murder of Troy Davis that week, we also mourned every victim and survivor of U.S imperialism from Palestine to Oakland, DRC to Iraq.

And here you are brother, caught in the wheels of history, part of processes that transform the world and part of systems that destroy it.  I wonder in this hunt who will be writing history – the hunter or the lion.  Whether we make gains or suffer setbacks, you have been part of the historical impetus towards the long awaited white strike against capitalism – Occupy Wall Street.  Showing dissent to a system that works against most (though it is this same dissent that also created fascist leaning factions like the Tea Party), it seems the white population of the U.S is catching up to the global resistance and, in their focus on Wall Street, have avoided displaying your image as that of oppressor – acknowledging that the capitalists who fuel the engine of empire outrun presidents.  But, I have seen them indeed occupy, the organizing space and tactics of poor, Black and brown revolution and already the whispers calling for decolonization of occupy.

They say that you are the first Gay president.  Perhaps in an attempt to maintain Clinton’s title as the first Black one – as if playing the saxophone despite enlarging the prison industrial complex, attacking working Black mothers, despite Somalia and Rwanda, makes you Black.  Brother, I can’t say that the gains of ‘equality’ that assist in integrating gay and lesbian middle-class white people into the patriarchal institution of marriage or the army feels to me like freedom.  I am certain that they are winning and that you are valiantly attempting to struggle against homophobia.  But at my very core, I don’t want to fit their box, no matter how glossy and new it may look or how much they tell me that parts of me are acceptable (never the whole).  What my Queer politic seeks is for us all to liberate ourselves from all notions that imprison our imagination to the normativity of oppression.  For us all to experience whole, free, respectful, positive and loving lives in all its dimensions, accepting plurality, complexity, and self-determination from body to nation.

So when you give the orders (or is it succumb to the orders?) to bomb Africa’s North in Libya, I know that you are not the first queer president.  I cried at the images of lives lost, whole cities and the continent’s infrastructure destroyed.  Knowing that the empires that struck with intended disdain would soon be offering debt crippling aid to ‘help rebuild’ what they destroyed.  And now is when I hope, hope that the Libyan people will not fall to the same divide along ethnic lines that has unraveled the continent thread by thread.  But, my hope was soon squashed as factions and splinters unveiled in the all too common African story as a tear falls again for the vision of our powerful unity.

African peoples are facing a full frontal assault both within and outside of empire.  The financial crisis that has caused white people in the U.S widespread panic and revolt, is the same economic condition that the majority of Black people there live in during economic prosperity.  One Black woman, man and child is killed every forty hours under your presidency.  Our potential for revolt has been met with armed occupying forces surrounding communities in the name of policing, in the same way that home-guards patrolled villages during the Mau Mau uprising.  And every time another Oscar Grant is killed, Sean Bell’s murderers are acquitted, Trayvon Martin’s parents cry out for justice, another Black woman jailed, we remember that Herman Bell, Leonard Peltier and Sundiata Acoli are still in jail.

On the continent, whole lands are being stolen in the name of investment, with a shockingly ahistorical adage appended to the “For Sale” sign that reads terrus nullus. Our diversity is being patented and the unsustainable pimped to us as ‘the future’.  The Europeans sell us ‘partnership’ agreements unashamedly willing a free market to exploit our resources and pimp their goods.  Long gone is even mention of reparations, the paternalistic aid machinery cripples us in odious debt.  While China offers ‘win-win’ alternatives, which no so-called leader of ours negotiates beyond the short-sighted proximity of their own pockets to translate into a win for our people and future.  Meanwhile, we, the people, are so busy oppressing each other in the guise of morality, we have hardly noticed whose interests we kneel to.

Which is why there are generations like ours, a generation whose manifest destiny is seemingly and simply to remember: to carry from our grandmothers to our daughters the resistance cry of generations. Now, brother Barack, the winds of change are slowly raising the dust. And we have seen people on a move, attempting to rock the foundation of injustice. You have been a character in this determining act in the theatre of humankind.  And as the curtain is drawn on the African awakening spreading from Guinea, Madagascar and Mozambique to Africa’s North, the world has begun to pay attention.  Now is when we will all decide which way history will fall and whether the lion or the hunter will live to tell the tale. I know where you have stood, I know where I will stand.

Related Items
← Previous Story Coming Out or Inviting In?: Part I
Next Story → From 'She' to 'It'