Coming Out or Inviting In?: Part II – The Feminist Wire

Home / Culture / Coming Out or Inviting In?: Part II

Coming Out or Inviting In?: Part II 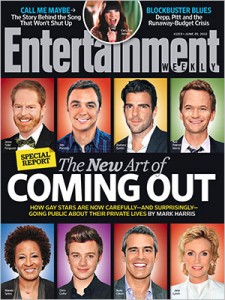 Recently, increased attention has been given to the notion of “coming out,” the public disclosure of one’s sexual identity. Many people are especially interested in peering into the private, sexual domains of celebrities’ lives as evidenced by the many stories proliferating within media on Queen Latifah, Anderson Cooper, Diane King, and Frank Ocean. This two-part series, which initially formed my remarks for a lunch talk that I gave at the Center for the Study of Gender and Sexuality at NYU on February 7, 2011, offers a critical analysis of “coming out” and “the closet.” I also begin to ponder the notion of “inviting in” as an alternative practice. I am deeply indebted to Sekneh Hammoud-Becket, an Australian scholar and therapist of Lebanese Muslim ancestry, whose brilliant writings on “coming in” pushes us to reconsider the limitation of “coming out” and offers us the possibility of liberation through other means, including conjuring different metaphors of disclosure.

My thinking on this subject is greatly influenced by the theoretical/therapeutic work of Sekneh Hammoud-Becket, an Australian scholar and therapist of Lebanese Muslim ancestry. In her article, “Azima ila Hayati–An invitation in to my life: Narrative Conversations about Sexual Identity,” Sekneh offers an alternative to the “coming out” paradigm, or what she and her brother named “coming in.”  In this regard, Sekneh notes,

In my therapeutic work, I have arrived at the points of reflection: How do we give thought and voice to people who might experience being marginalised within the marginalised groups in society? What happens when certain practices do not speak to all members of the group? How can we, as counsellors, free ourselves from prescribed ideas about ‘identity acceptance’ and open ourselves to learn something new, something different? In light of the above ideas, and after many conversations with my brother, we coined the term ‘coming in’. The term refers to the conscious and selective invitation of people into one’s ‘club of life’. Although it might be a matter of semantics, I have found it an experience-near definition that has opened space for many queer Muslim people with whom I consult.[1]

Like Sekneh, I understand this particular intervention, namely, the re-constituting of new modes, practices of identity naming, and acceptance as both rhetorical and performative moves. The words “coming out” signify a distinct subject position. Historian Shannon Woodcock argues that “coming out” signifies subjects who “identify communally with their sexual practice preference” and also presupposes that these identifications are “permanent and unchangeable identifying factor(s).”[2] And, it is through the process of “coming out” that LGBTQ identities are reified. “Coming out” functions, then, as a ritual during which the subject’s sexual identity, and the repressive space (i.e. “the closet”) wherein the subject is presumably situated, is languaged and made real. It is a process that is heralded for its liberatory potential: one only need to publically declare, or rather, become through declaration, LGBTQ to undo sexual repression and oppression. To illuminate this point, I offer the following reflection, which I quote at length, offered by a client of Sekneh that she recorded in her paper:

Well, when I started to visit gay organisations, some would prescribe to me how I should ‘come out’ and then let my entire family deal with this. They would say, ‘To tell people is to say you’re proud of who you are’ or that I wouldn’t be able to be a fully happy person if I didn’t ‘come out’ in particular ways. They would say simply, ‘People need to deal with it and get over it’. 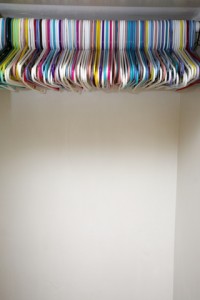 The process of “coming out”–as in my own life—slightly opens the door for self-awareness and liberation; however, it does so by way of an approach that is more other-centered than person-centered. Given that, we should consider a strengths-based approach that is focused on the person. Here, I turn to Natalie Hill, who offers a constructive recommendation regarding the elements necessary for a “strengths-based” process of disclosure that “focuses on health rather than pathology” that “privileges clients’ self-determination in the all the areas of their lives, and builds on each clients’ existing strengths.” [3] Further, we need an approach that is a “person-in-environment approach” which as Hill argues, “honors the complexity of each individual’s identity and social location.”[4] If the “coming out”/”closet” paradigm connotes a process of disclosure through which certain bodies, by pronouncement of difference, are placed in a symbolic (and material) system organized around the heteronormative binaries of straight/LGBT, regulated/deviant than it follows that much of our focus will be on pathos and not the strengths and well-being of the subject.

In light of this, Sekneh deploys “coming in” as a person-centered intervention. I turn again to the reflection offered by Sekneh’s client who, in the following, offers his thoughts on the discontinuities between “coming out” and “coming in”:

[Coming out] didn’t seem quite so straightforward to me. Perhaps it was because I am really proud of who I am, and I feel like I am a fully happy person, that I was able to look at the other ways of living my life. I know that if I had a choice to be straight, I wouldn’t choose it. Even if I don’t tell certain members of my extended family about my sexuality, I don’t view myself as in the closet, in a dark place that I must escape from. Far from it, this ‘closet’ is full of precious things, like things you could never afford to buy! It’s my treasure chest. The way I see it, rather than me needing to move out of the closet, to make my sexuality public to everyone, including my parents, instead I get to choose who open the door to, and who to invite to ‘come in’ to my life. The different metaphor took away the pressure I had been feeling. I no longer feel a pressure to ‘come out’ to my entire family, and instead I have many precious people who I have invited to ‘come in’ to my life. I am hoping that other people in my situation don’t feel the pressure of these ‘games of truth’ to make a public move that doesn’t fit for them. I like the fact that I choose people to ‘come in’ to my life. Importantly, I choose people who I think are valuable to support me and share things that are important to me.

“Coming in” connotes the existence of the subject’s agency, the ability of the person to choose when and to whom s/he will disclose his/her sexual identity to. And, where “coming out” ostensibly functions as a survival mechanism that must be enacted by LGBTQ people only and demands that the onus is on us as the sexual minority to disclose to others, a demand to out our “alternative” sexual identities over and against “normal” heterosexual identification and when, or, if we don’t, it is assumed that we complicitly live into a compulsory heterosexuality that refuses to challenge heterosexist and heteronormative structures, “coming in” functions as a means of hospitable sharing, a choice to disclose to those with whom we may feel safe disclosing to, a choice to disclose when we feel ready to do so, and an opportunity to subvert heteronormativity by refusing to other ourselves, that is, to self-disclose as a means of compliance with the unspoken demand placed on all non-straight identified individuals to name ourselves as sexual minorities out of  fear of being named “straight” and abnormal. The focus on directionality, or rather, the movement of persons from a presumed closet (coming out) and/or the movement of persons into the life-space (coming in) of one who is disclosing is central to our understandings of disclosure. In my estimation, however, it is vital to accent the act and power of invitation. “Inviting in” centers on our choice as individuals to invite in those we desire to enter our life worlds.

The notion of “inviting in” might prompt new, radical, queer politics of representation and paradigms that are disconnected from the heteronormative notion of “the closet.”  Where “coming out” is a process that is dependent upon one publicly exiting the “closet” as an act of resistance that presumably seeks to counter heterosexism (even while fortifying it), “inviting in” is a process that centers on the person-in-community and her agency (namely, one’s existence outside of a need to define oneself in response to an injunction to do so as per a need to dismantle and/or acquiesce to heterosupremacy). It is a ritual that invites the subject to engage the domain of her own personhood. Where “coming out” is a process that is only achieved when one decides to formally and publically disclose his sexual identity (i.e. lesbian, gay, bisexual, transgender, questioning, intersexed, et cetera), “inviting in” is a process that encourages one to explore or refuse categorizations.  It is a process that frustrates heteronormative hierarchies and binaries. Where “coming out” seemingly encourages one to exist on one side of the secrecy/revelation, invisible/perceptible, reticence/articulation, and shame/pride binaries, the process of “inviting in” understands that context is a valuable factor that influences the ways we negotiate these potentialities daily. Lastly, where “coming out” calls/demands one to name her sexual identity–as if one presenting oneself to the public, the process of “inviting in” encourages an individual to make a choice to educate/share with another–to literally extend an invitation, or not, to another to sojourn in her life-space.

Some may argue that the act of modifying language is a mere game of semantical charades, but I contend that it is vital to unpack the terms that order our lives, to locate what is situated behind the varied signs that represent us. In order to change that which is foregrounded in our speech acts, we have to re-order, or rather, dis-order the domain of the symbolic. By refusing to pronounce symbols and paradigms, namely the metaphors “coming out” and “the closet,” which order and constrict the ways in which we self-represent, we begin the revolutionary process of moving from a mode of opposition, survival, and “getting by” to a mode of radical disordering, being and “getting over.” By changing the words we use and creating new paradigms, we actually are engaging in a strategy of resistance that may hopefully transform all of us.

You can read Part I here.

[2] Shannon Woodcock, “Globalization of LGBT Identities: Containment Masquerading as Salvation or Why Lesbians Have Less Fun,” assessed at http://latrobe.academia.edu/ShannonWoodcock/Papers

Related Items
← Previous Story Coming Out or Inviting In?: Part I
Next Story → “Coming Out” To Cash?: Frank Ocean and Social Progression