Masculinity, the NFL, and Concussions – The Feminist Wire

Masculinity, the NFL, and Concussions 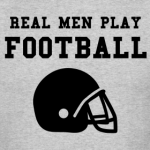 The defenders of the National Football League (NFL) have been busy.  In the wake of the suicide of Junior Seau, on the heels of several other untimely deaths, “bountygate,” several former lawsuits regarding concussions, and growing scientific literature highlighting the dangers of football, its protectors have gone on the offensive.  From citing other potential factors that have led to ridiculous rates of suicide, traumatic brain injuries, and a life-after-football defined by depression, memory loss, neurological difficulties and a quality of life no one would associate with America’s heroes, to celebrating the NFL for its efforts to protect the players, the NFL hype machine has gone to great lengths to push back against the growing outcry against football.

Yet probably the most common response has been to place blame on the players, emphasizing their choices and responsibility. “I can’t blame the NFL for every issue that every former player in the NFL has,” noted former player and current ESPN football analyst Cris Carter.  “I signed up to be in the NFL. It wasn’t like someone had to force me. I kinda knew what I was signing up for.”  Responsibility resides with the men who play football and few else. In other words, while terrible, concussions and the long-term impact of those concussions is an unfortunate reality brought about by choices. Players understand the risks, and are rewarded because of the violence and danger, and thus the NFL and any of its partners bear little burden. Illustrating the ways that hegemony works and the illusion of choice, Carter’s comments reflect the erasure of power and ideology.

Greg Doyel, at CBS Sports, further encapsulates the “logic” and framing that turns the violence of football into a choice, one that may have consequences:

For me, it comes down to choice — and football players have a choice whether to play or not. It’s not a blind choice, either. This isn’t the 1960s, when Colts tight end John Mackey had no idea what the violent collisions were doing to his brain. The greatest tight end of his generation was showing signs of dementia in his 50s, in an assisted-living center at age 65, dead at 69. Mackey never knew the risks, but today’s players know. Playing football is like smoking a cigarette: This isn’t the 1960s; everyone knows the risks. . . . Football isn’t dog fighting, where mistreated animals take it out on each other in a cage. Those dogs have no choice. NFL players do. And let’s be honest: The lifestyle of an NFL player is incredible. Even if it ultimately shaves years off their lifespan — and lessens the quality of those remaining years — there’s an argument to be made that it’s worth it. The fortune, the fame. The thrill of the crowd. That’s a lifestyle they can’t get anywhere else. Live like a king at 30, hobbled at 50, dead at 65? Not sure I’d take it, but many would. And do. 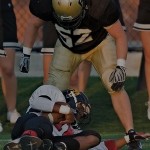 Similarly, Karla Milner, who commented on The Washington Times website, offered the following:

… two words people: PERSONAL ACCOUNTABILITY. We all make choices – not all of them are good. But they are our choices and we should own them. If you choose to smoke all your life you should NOT be able to sue the tobacco companies as in my lifetime there’s never been one second that we didn’t know it was bad for our health (and I’m over 50). And if you choose to play football (professionally or otherwise) you should not be able to sue over issues from concussions or other injuries because there’s no way in hell you could NOT know that the risk of injury and issues down the road was a possibility…

She wasn’t alone, with dozens of commenters reiterating the mantra of choice and accountability. One such person, Blair, agreed: “Like you were all forced into playing the game…. Look at boxers? Heck, who warned me that everytime (sic) I got on my bike after school I could get a concussion jumping ramps in the alley?” Patrick Hruby describes the fan and media reaction as follows:

1. Getting hit in the head is bad for you;

2. Former football players understood this risk when they signed on the NFL’s dotted line;

3. Ergo, the league is not responsible for helping players deal with subsequent memory loss, lack of emotional control, cognitive decline or early-onset dementia;

4. Also ergo, any former football player with the sheer gall to file a lawsuit is a greedy moocher trying to work the system, akin to the lady who sued McDonald’s over spilled hot coffee.

The ubiquitous links to McDonalds and tobacco are interesting in that in both those cases, the logics of capitalism and the instruments that protect the bottom line sought to minimize or, better said, quash any threats. The tobacco industry, in fact, sought to deny the consequences of tobacco, so why are we to think that such denials or reframes are little more than a tobacco-like distraction?

The constant references to players reportedly hiding symptoms or players refusing to listen to medical advice regarding concussions represent a narrative emphasizing choice. It is the players who bear responsibility for their choices; and more importantly, those who choose to remain in the league, who continue to live the American Dream playing America’s current pastime, do so knowing the risks. 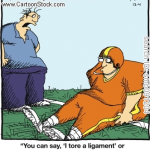 This conservative reactionary response is of little surprise given the links between the U.S. political establishment, the military, commercial culture, and football. The constant emphasis on choice, individual actions, on pulling oneself up by one’s cleat laces, on risks and rewards, is emblematic of the hegemony of a protestant work ethic trope and meritocracy. Never mind the lack of transparency and education that allows one to make “informed choices,” the efforts to defend the NFL and deny culpability erases the ways in which masculinity and dominant notions of good versus bad manhood constrain the choices that players and fans alike make regarding football.

The idea of choice operates through a binary that pits playing against not playing, concealing information about health difficulties versus consulting a doctor, playing through injury or sitting out practices/games = being a man or a wimp, a real man or a p**** or a b****.  Dominant masculinity is contributing to the pain and suffering of players as much as anything else. In a study from Michael Messner, Darnell Hunt, and Michele Dunbar (“Messages About Masculinity”), the authors conclude that contemporary sports culture offers rewards and penalties (disciplinarity) for those athletes who embody the right kind of masculinity. By right they mean demonstrating levels of aggression, physicality, and violence, as well as a willingness to overcome injury:

Athletes who are “playing with pain” or “giving up their body for the team” are often portrayed as heroes. Commentators laud athletes who engage in dangerous plays or compete while injured; conversely, they sometimes criticize athletes who remove themselves from games due to injuries, often raising questions about their manhood. For example, a SportsCenter commentator asked, “Could the Dominator be soft?” when an NHL goalie decided to sit out a game due to a groin injury.

Similarly, Eric Anderson and Edward M. Kian, with “Examining Media Contestation of Masculinity and Head Trauma in the National Football League,” describes a culture where the choice is really about embodying a desired masculinity; playing through injuries is just another constructed litmus test as to whether or not one is a “real man”:

It is these same discourses, including phrases like ‘‘man up,’’ ‘‘no pain, no gain,’’ and ‘‘pain is temporary, pride is forever,’’ that encourage men to position their own bodies as an expendable weapon of athletic war. The discourse encourages athletes to conceal all fear in the pursuit of glory. Similarly, in the event of injury, football players must not show signs of pain or distress; instead, they must talk about returning to the game as soon as possible. 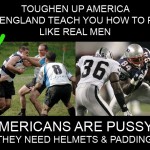 To be a real man is not only to play football, but also to do so without regard for safety; to be a real man is to stay out on the field, to disregard pain and long-term harm as any warrior would do.  To be a real man is to ring an opponent’s bell, to knock him out, leaving you and him in a state of delirium. The demands to “suck it up” or “play like a man” within a league that is 68% African American deserves pause and critique, given the ways that race and masculinity operate within American culture. “Using white masculinity as a yardstick for a normal masculinity grounded in ideas about strength as dominance, African American men become defined as subordinates, deviant, and allegedly weak, and black men’s reported weakness as men is compared to the seeming strength of white men,” writes Patricia Hill Collins in Progressive Black Masculinities (edited by Athena Mutua). “Definitions of black masculinity in the United States reflect a narrow cluster of controlling images situated within a broader framework that grants varying value to racially distinctive forms of masculinity.”

The demands to “tough it out” or claims about choice cannot be understood outside these “controlling images” and history, one that includes nostalgia for an era of football defined by toughness, ruggedness, uber masculinity, and whiteness.

A culture that celebrates vicious hits, that develops highlights packages based around the most violent and physically dangerous contact, makes this clear.  Is this real choice? Is it a choice when these values are taught to young boys, who learn early how to play football? A football culture that questions a player’s commitment and manhood when he puts his health in front of anything else sends this message each and every day. Is this really choice? In a culture where “complaining about pain is tantamount to weakness” and “playing hurt is as common as a forward pass,” it is no wonder that guys “choose” to play hurt, to conceal injuries, to “risk” their long term health for a game. Sure, money is an issue and there are potential consequences of putting body and mind ahead of tackles, touchdowns and victories, all of which would certainly lead to a quick exit from the league. Yet, any refusal to subscribe to the prerequisites of football players puts more in danger than a paycheck, leading to questions about toughness, strength, and masculinity – are you a real man?

To this day, I still can recall the praise and celebration for not only every bone-crushing hit I had during my short high school football career, but every time my own bell was rung I heard nothing but praise and adoration. I can also recall a concussion I got playing baseball, which led me to actually sit out one game. I remember sitting out with a sense of pride and joy since a concussion was a measure of my commitment to athletic excellence and a battle scar that proved that indeed I was a real man. I was willing to sacrifice, play through pain (in the game where I was injured), and otherwise put my body on the line. Yes, I made a choice, one that was constrained and influenced by a culture that expected me to “play sports like a man”–a lesson that is contributing to the death sentences of too many of its students.