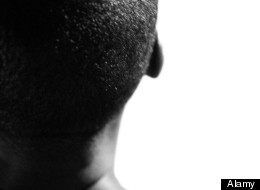 According to Senator Femai's advice, shaving women's heads will make them less desirable to men, and thus will curb the spread of HIV/ Aids

A Zimbabwean politician has sparked outrage by suggesting the spread of HIV can be curbed if women shave their heads, stop bathing and deliberately make themselves look unattractive.

Morgan Femai, an MDC-T senator for Chikomo said the measures were required because men were finding it difficult to resist well-dressed, attractive women. While addressing a parliamentary HIV awareness workshop in Kadoma on Friday, he said: “What I propose it that the government should come up with a law that compels women to have their heads clean-shaven like what the Apostolic sects do,” ZimEye reports.

He added: “They should also not bathe because that is what has caused all these problems.”

He told the workshop, which was organized in conjunction with the National Aids Council: “Women have got more moisture in their organs as compared to men so there is need to research on how to deal with that moisture because it is conducive for bacteria breeding. There should be a way to suck out that moisture.”

According to UNICEF figures from 2009, more than 14 per cent of the adult population in Zimbabwe have HIV/Aids. All Africa, reported that another MDC-T Senator, Sithembile Mlotshwa (Matobo), recently suggested men be injected with drugs that reduce their libidos. She also called for prisoners to be given sex toys to satisfy their sexual desires.

Read more: Huffington Post
You can find out what you really need to know about HIV by visiting HIVaware.