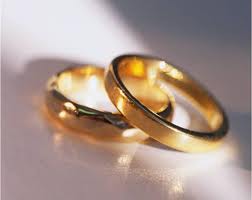 Several years ago I was at a mall in Philadelphia buying a meal from KFC.  Because I didn’t want my cole slaw to run all over my fried chicken and biscuit—having had this not so pleasant experience in the past—I asked the cashier to put the side dish in a separate paper bag.  As it had begun raining when I entered the mall and because I was riding public transportation back home, I also asked the cashier to double bag my entire order.  I did not expect my effort to avoid eating a soggy biscuit or arriving home with a soaked container to yield a comment about my marriage prospects. But that it did.  Exasperated at my two requests, the cashier said while handing me my food, “You’re probably never going to get married, are you?”

I share this experience with my students during our section on marriage and the family in Introduction to Sociology, a course I teach regularly.  I tell the anecdote for a couple of reasons.  One, I found the situation rather funny even as I recognize that the cashier’s comment was, as many of my students point out, rude and overly-familiar.  Two, and more importantly, it serves as a basis for interrogating the beliefs about marriage found in the majority of sociological research on inequality and assimilation as well as in public policy and more recent debates about gay marriage.

There is usually an audible gasp from the class when I finish the story.  Most of the students’ comments express a preoccupation with me being deprived (at least verbally) of marriage.  Some also raise concerns about the gendered aspect of me being perceived as too “dominant” a woman (which could also be racial since I am Asian American) for marriage since I felt comfortable asking for what I wanted, in this case, the separation of my cole slaw and an additional bag.  While kind, underpinning my students’ reactions is the belief that I am somehow being denied something of value if I cannot get married.  As we read and discuss sociological articles about marriage as an institution, including more contemporary literature on gay marriage, students tend to express the same argument found in most social science research and political analysis: marriage is the goal.  Although some students do not seem totally comfortable with homosexuality—judging from their responses to our readings on gender and sexuality—most who do participate in the class debate about gay marriage appear to support lesbians’ and gays’ right to wed.  Not surprisingly, then, most of these students are perplexed when I present sources that indicate ambivalence or even aversion to marriage from gays and lesbians and some LGBT organizations. 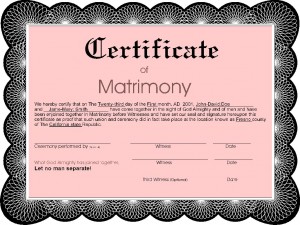 Given this, I also think many of my students would be surprised to find out that marriage is not necessarily a right that has been “kept” from people in the way often suggested in political debate, a point I want to explore further here.

According to the dominant narrative, marriage is a social right that minority groups have been prevented from accessing, thus limiting their full citizenship.  Having the legal right to marry, then, is proof of citizenship and social inclusion.  In this case, citizenship through marriage entails not only the legal recognition of one’s relationship and commitment to another individual (and only an individual given the emphasis on monogamy in U.S. marriage policy), but also the social rewards associated with spousal ties, such as property rights, benefits, child custody rights, medical decisions, etc.   While true there are many such “rewards” only recognized in the case of legally married couples, the belief that marriage is a coveted right that minorities have been excluded from accessing due to their status as social “others” underpins the push for gay marriage, a political agenda that emerged only fairly recently in the 1990s and notably in the “post-Civil Rights era.”  Embedded in this access narrative is the assumption that the government, federal and local, does not want minorities to be married; thus minorities being granted the right to marry supposedly means that the state has evolved in terms of its gender and sexuality politics and is working to progressively dismantle the social hierarchy rather than enforce it.  The narrative also promotes the belief that once married, it gets better: specifically, after the marriage barrier is broken the government is presumably no longer “in your bedroom” or regulating your relationship beyond protecting the aforementioned rights and benefits institutionally available to married couples.  In sum, it’s often assumed that the government’s only repressive role in this situation is preventing people from getting married.

These assumptions are inaccurate. 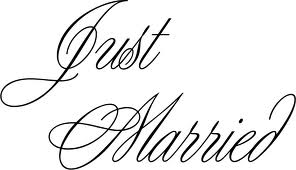 While some have described how Americanization campaigns encouraged marriage among immigrants during the Progressive Era or how gay marriage was facilitated by some city and local governments in the early 2000s, the most striking example of governments promoting marriage among U.S. minorities is the targeting of African Americans.  The reason why the state’s push for Black marriage is so important to consider is because it goes against what many in the general public believe—that the government actively works against Black marriage—and also exposes the limitations of the access narrative regarding exclusion and post-marriage rights promoted by gay marriage supporters.

As several scholars and analysts emphasize, contemporary welfare reform, primarily targeted at the mythical “Black welfare queen” (despite the diversity of welfare recipients), pushed marriage among poor women as a solvent for poverty and female-headed households.  Indeed, as Priya Kandaswamy points out, the 1996 Personal Responsibility and Work Opportunity Reconciliation Act (PRWORA) begins with the following “finding” from Congress: “(1) Marriage is the foundation of a successful society.”  The “most dramatic restructuring of the US welfare state since the New Deal,” PRWORA enacted, among other draconian measures, “stricter paternity identification practices” designed to force poor women to become more dependent on men with whom they had children (men who were most likely also poor).  With little consideration for the dynamics of the relationship (be it violent or collegial), poor women were expected to maintain a particular type of relationship with men than to continuously access state support for taking care of themselves and their children.  While the PRWORA’s disciplining of women’s sexuality and relationships is emphasized by critics of the act, we can also consider how poor men and specifically poor Black men figure in the PRWORA and related initiatives proposed before and after 1996.  One notable antecedent to PRWORA was the 1965 Moynihan Report, which was preoccupied with “emasculated” Black men unable to take their “rightful” position as heads of Black households.  Specifically, such policies were preoccupied with gayness, often referred to sociologically as “gender confusion” among Black men, i.e., not knowing how to have heterosexual relationships that involved constraint and “appropriate” gender roles in relationship to Black women in the domestic sphere.

About a hundred years prior to the Moynihan Report, marriage was promoted among emancipated slaves by states after the Civil War.  This gesture was less recognition of African Americans’ “free” status and their right to have rights, but more, as Angela Onwuachi-Willig describes, an example of how laws serve as a form of “oppressive state monitoring” of Blacks post-emancipation.  Oppressive indeed, as African Americans were aggressively pushed to marry and register their marriages with the state.  Registration policies (and the granting of certain rights to Blacks in general) also became a means to police and criminalize African Americans.  For example, Blacks who married and failed to register with the state were prosecuted.  Demonstrating the afterlife of slavery, the attempts of slaves to express some emotional autonomy and forge their own marriages (without the legal ability to contract) on plantations became the basis of social control in the post-Emancipation period.  Black codes in different states declared slave couples who lived together during slavery as legally married.  Former slaves who had multiple spouses due to forced separation were prosecuted for bigamy.  In cases where a Black man might have multiple spouses, Freedmen’s Bureau agents would designate the Black woman with the most children to be his wife. Additionally, these policies and practices served as forms of privatization and anti-Black austerity as “the government used marriage to financially and socially domesticate newly freed Blacks to ensure that the white public faced minimal responsibility for former slaves’ economic security.”  Put simply, instead of reparations, African Americans got marriage.

What marriage advocates, particularly those supporting gay marriage, can learn from the Black experience is that marriage politics is much more than who has access to marriage or being told, as I was by the KFC cashier, that I probably would not get married.  Marriage politics also encompasses the political purpose of marriage, or why it is encouraged, whose agenda it serves beyond those who exchange the vows, and the use of the institution to justify a range of austerity campaigns that privilege certain classes as well as promote the surveillance and criminalization of those structurally deemed unfit for full citizenship or who reject or “fail at” marriage.  Marriage promotion as a punitive measure has been most aggressively targeted at African Americans and for that reason alone, marriage as a purportedly benign right should be questioned.  We can also consider why, in the context of an anti-Black civil society in which we all exist, marriage serves as an explanation for enduring social inequalities, particularly during the era of mass incarceration, the HIV AIDS crisis, and the most severe financial meltdown since the Great Depression.  As Kandaswamy succinctly puts it, “the language of marriage has displaced the question of political economy almost entirely.”

To be clear: my exploration of the state’s aggressive promotion of marriage among African Americans is not to equate the contemporary call for gay marriage with Black striving for full citizenship or to imply that those in the Black community (or of any background) who want to get married shouldn’t do so.  Rather, it is to discuss marriage politics beyond access to legal recognition and to consider what the African American experience reveals about marriage as an organizing principle of the structure, under which we all attempt to carve out emotional meaning and have a variety of relationships.  It may also help us better understand why gay marriage has received, to an extent, bipartisan support during a global financial crisis in which governments and institutions are seizing the time to enact austerity campaigns and restructuring in a ruthless, no holds barred fashion.  While doubtful that non-Black gays and lesbians will experience the degree of disciplining that African Americans have upon obtaining the right to marry, the Black experience nevertheless suggests that we should all have some skepticism about the push for marriage among politicians, civic organizations, and activists, even as some of us negotiate our very real desires for long-term love, or at least, companionship.

Tamara K. Nopper is a writer, professor, and Sociology PhD.  Her work can be found at www.tamaranopper.com and she is on twitter at @tnopper.