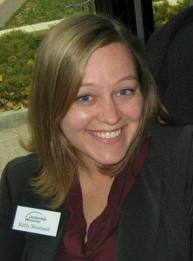 I believe that the Ashland community has great potential. What we need is leadership that can bring people together to develop a shared vision for our future, and keep people motivated long enough to actually make it happen.  In the past, I’ve felt that our local government was a big part of what was holding us back, and when I felt ready, I decided to do something about it.

At the local government level, I don’t know that I’ll ever have the chance to address women’s health issues or anything of great magnitude to the world outside of Ashland, but I think that our community is better served just by having any women on our City Council.  While I have great respect and admiration for all of the people serving, the fact is, the overwhelming majority of our council and administration are a bunch of old men.  A little diversity is a good thing.  It’s easy to talk to your friends and find affirmation for the convictions you already have, or to think your experience in life is the norm.  It’s when we get to know people with different perspectives and life experiences that we learn new things and grow as individuals.

As a young woman with a career outside politics, I can relate to the women working for the City and those creative entrepreneurs building their lives in our community. Many of our citizens and employees are part of a generation that’s just coming into its own, settling into careers while raising families, often doing so without a blueprint to follow.  For too long, we’ve been trying to build something new and innovative while playing by the rules set out for us decades ago. Those in decision-making positions who grew up when women stayed home and men went to work sometimes don’t understand that the new world we live in has a different workforce with different needs.

What do you think are some of the biggest systematic obstacles to women running for office?

I think that women who run for office have to deal with a whole slew of assumptions about their personal lives and perceptions about them as individuals that men typically wouldn’t have to deal with: questions about your motivations, your qualifications, your relationships, even the way you dress, that sort of thing. Once you’re in office, it only becomes more challenging, especially if you’re assertive or unapologetic about your choices.  Most of our elected officials are retired, with children who are grown.  If you have kids or decide to start a family, then you have to be able to manage your time well, and constantly defend your decision to run for public office.  At times, the condescension can be maddening.  You also have to remember that as a public official, your life is in the public eye.  You’re open to scrutiny from people you’ve never even met, and scrutinize, they will! Women in office have to have a thicker skin, but they have to do it without appearing “hard”.

It can be a little intimidating at first, but it gets easier.  Fun, even.  My ward is the biggest in Ashland, but it’s still pretty small. I made all my literature up myself and printed it in my home office.  My campaign expenses never got to more than $50 for a few reams of paper, a stapler, and some rubber bands.  My entire ward is easy to walk from my house, so whenever there was a nice sunny weekend day, I’d print a stack and head out to meet some more of the neighbors.  You never know what to expect when you knock on a door, but people usually warm up pretty quickly.  It’s funny what you get to know about the people in your neighborhood when you run for local office. Sure, I always waved at the neighbors walking down the street, but it wasn’t until I ran for office that I started to build relationships with them. It’s actually made me a better neighbor.

How do you also incorporate issues of race, sexuality, and other “identity politics” into your campaign?

At this level of politics, I didn’t really have a lot of those issues come up, not explicitly, anyway.  Local politics are all about infrastructure and economic development, for the most part.  There are currently some contentious issues about race, especially, in our area right now because of a proposed mine that would directly impact a Native American reservation, as well as the rest of us downstream from the proposed site.  I read a comment somewhere that the only people against the mine were “women, tree-huggers, and Indians”, as if to say that only “women, tree-huggers, and Indians” were silly or ignorant enough to be against it.

I refuse to be a part of the force that divides our community, cutting us into factions of “us” and “them”.  We’re all neighbors, and we all have voices and value, and something worthwhile to contribute. We all deserve to be treated as human beings, with respect, compassion, and dignity, even when we disagree.

Goodness, what a mess.  At least it has been.  I have no choice but to maintain a sense of optimism and hope for a better future, or I have no reason to keep moving forward.  I really believe that this angry, divisive political climate that’s been developing (especially in Wisconsin) may finally be approaching a tipping point.  This year of non-stop political tumult has (finally!) engaged people in their government, but it’s also divided us like never before.  I’ve seen friendships broken over political beliefs.  Can’t we just agree to disagree and still be friends?  Can’t we talk calmly and rationally, without demonizing everyone who disagrees with us?  It’s gotten so ugly that you can’t talk about how we govern ourselves at family gatherings or in otherwise polite company.  It’s absurd.  “Compromise” is a dirty word, and things we agreed on long ago are suddenly up for debate again, mainly the things that have to do with the rights of women and minorities and those without giant funding machines to come to their rescue.  We still have a few very important recall elections to get through, and I expect them to get ugly, but I think that when we come out on the other side, we’ll be a better state and a more informed citizenry because of it.  Hopefully, we’ll have learned our lesson well enough to stay an informed and engaged citizenry going forward.

In no particular order:

The corporatization of our democracy needs to stop.  Money should not equal political power, and we urgently need to do something to address it. I like the notion of a constitutional amendment to reverse the Citizens United decision.  Elected officials should be looking out for the people they represent, not the corporate titans who fund their campaigns.

Human equality on all fronts.  If our government was truly representative of the people in this country, we would have fewer millionaires in congress, and more women and minority representatives.  Pay should, without exception, be fair and equitable across the board.  Anyone should have the right to marry the person they love.  We should all have access to nutritious food, clean water, quality healthcare, and a good education.

We need to reduce reliance on fossil fuels, promote energy conservation, and increase investment in renewable energy technologies.  It’s time to face the facts about the dangers of relying on finite resources and exponential growth in a limited biosphere.  We consume more than anyone else, and it’s time to make a change and lead by example.

War.  It needs to stop.  We are endangering the lives of our young service men and women, and the lives of innocent civilians with the misfortune of living in war zones. Our defense spending is out of control at a time when our nation’s infrastructure is crumbling.  Bring our troops home.  We need them here.

Healthcare.  The basic foundation of a stable and productive life is good health. With a better national healthcare system, the financial burdens on small businesses and local governments could be drastically reduced and independent entrepreneurs would have more flexibility to do what they do best, without being tied to a dead-end job for the insurance plan.  Women would have the freedom to make their own reproductive decisions, with access to care.  Families and individuals could make good preventative care decisions, rather than waiting until they have no choice but to pay an exorbitant amount of money for emergency care.

Do it.  We need you.  Don’t let anyone intimidate you, ever.  Always know that you’re strong enough, and there are far more people supporting you than you realize.  Look into training opportunities that will teach you the necessary campaign skills and build your confidence for a life in politics. If you’re fortunate enough to live in a state with an Emerge affiliate, apply.

Who are your political inspirations?