How Much is Your Vagina Costing You? – The Feminist Wire

Home / College Feminisms / How Much is Your Vagina Costing You?

How Much is Your Vagina Costing You? 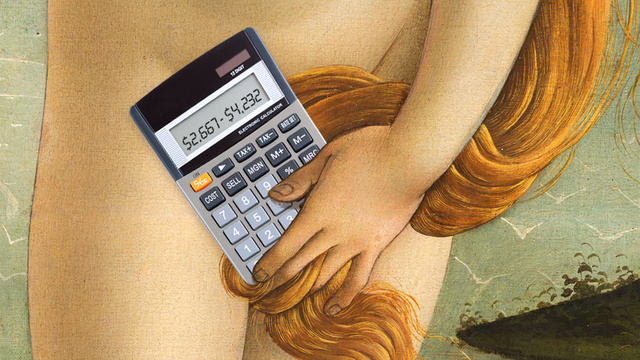 Given the national debate regarding birth control coverage, it’s increasingly clear that many people have no idea how much it costs it to own a vagina — folks are getting up in arms about the idea that the pill could set uninsured women back about $1000 a year, but in the grand scheme of things, that’s nothing. Do you even know just how much you’re shelling out for your clam? Were you aware of the fact that in your 20s alone, you will spend over $26,000 on vaginal maintenance? The cool folks over at Jezebel did the math on just how much that cooter is costing you.

Birth control: Each pack can cost a woman $129.99 without insurance. Eighty percent of women use birth control during their reproductive years, and most women in the United States opt for oral contraception.
$129.99 a pack at 13 packs per year: $1689.87

Tampons and Maxipads: Sure, there is the reusable kind, but the vast majority of women and teens in the United States regularly use tampons. Throughout the course of her life, a woman will go through 11,000 tampons, give or take a little considering the age at which she starts menstruating.
$6.79 per box at Drugstore.com, at 9 boxes of tampons per year: $61.11
$7.99 per package of maxi pads at Drugstore.com, at 7 packages a year: $59.4

PMS Relief: We can’t talk about tampons and maxipads without also talking about PMS relief. A whopping 85% of women take oral medications – typically those found over the counter – to relieve symptoms associated with PMS.
$6.99 for a bottle of Midol at Drugstore.com at 3 bottles per year: $20.97

Pelvic Exam and Pap Smear: Ahh, the yearly pap smear. Despite the obvious health benefits of keeping up this routine, paying for the procedure can feel a little obnoxious. Women without insurance are able to receive pap smears at a discounted rate through Planned Parenthood. If women opt for another provider, they can end up paying $500 out-of-pocket.
$175 at Planned Parenthood

In addition to the costs above, women can expect to pay for other issues regarding their vaginas. Common illnesses — including urinary tract infections (UTI), yeast infections, and vaginal dryness — add to overall maintenance expenses. Women often prepare for intercourse by purchasing condoms themselves. The expenses get even higher when one factors in the expenses of laser hair removal, waxing, etc. These costs aren’t as critical as some of the other expenses found on the list, but the number of women who seek these procedures in the United States rises nearly every year.