For My Sistah(s): A Black Feminist Queer Consciousness-Raising Book List – The Feminist Wire

For My Sistah(s): A Black Feminist Queer Consciousness-Raising Book List

I am the over-protective older brother of a fourteen-year old young black woman. And I am worried for her. 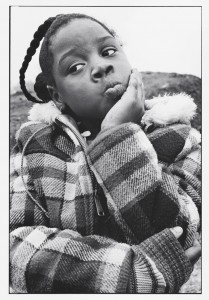 I was worried for her on my bus ride home last week when I witnessed a man verbally assault a young woman who I imagined as my little sister in a few years. In his drunken slur, her attacker made vulgar sexual advances towards her, and when she rebuffed, he spat a filthy barrage of denigrating, crude attacks about her body size and dark skin. The overprotective brother in me emerged incensed and ready to defend this sister, but before I intervened she responded with a fierce affirmation of her beauty and self-worth that left her assaulter in a stupefied silence.

As my sister matures into a young woman I am forced to realize that I cannot be everywhere to protect her from the hostility of a world that is at war with young women, especially young women of color. I cannot protect her from a virtual world in which racist, misogynistic, and or homo/transphobic discourses spread rampantly on public platforms like Twitter—a world that would have her believe that domestic violence and victim blaming, as witnessed in the backlash against Rihanna after Chris Brown viciously beat her, are acceptable. And so I hope that she will grow to embody the confidence and self-love that I witnessed in the sistah on my bus ride home so that she will be able to hold her own.

For those of us black and brown, female, queer, trans, and/or marginalized in the white supremacist patriarchal capitalist project, we are not taught to fully embrace ourselves, our humanity. On the contrary, we are often taught to despise ourselves and our perceived differences. We must embark on a life long struggle to liberate ourselves from that which would render us unworthy of life and happiness. Self-love is not a narcissistic indulgence; it is an act of self-preservation and radical resistance. Self-love is what I want for my sister, for all of my sistahs (and brothas and bristahs): a form of love that affirms our individual and collective humanity; a form of love that will save us from that which would rob us of our beauty and sublimity.

What follows is a list of books suggested by friends as well as my personal choices that helped instigate our journeys toward love of self and others; interrogation of normalized sexist, racist, and or homo/transphobic values; and insistence on living self-determined, love-filled lives as black, brown, female, and or queer people. The list includes readings by Afro Diasporic women writers who capture the struggles and triumphs of women of color in their labors for fulfillment and wholeness. 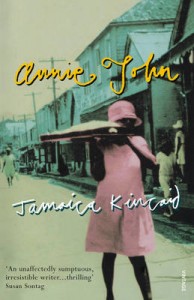 The Coldest Winter Ever – Sister Soldier

I Know Why The Caged Bird Sings – Maya Angelou

A Piece of Mine – J. California Cooper

Zami: A New Spelling of My Name – Audre Lorde

Thank you to everyone who contributed to this list for your wisdom and insights! What were some books that sparked your black/brown/feminist/queer consciousness? 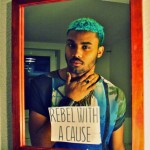 Kiyan Williams hails from Newark, NJ. He is an undergraduate at Stanford University.