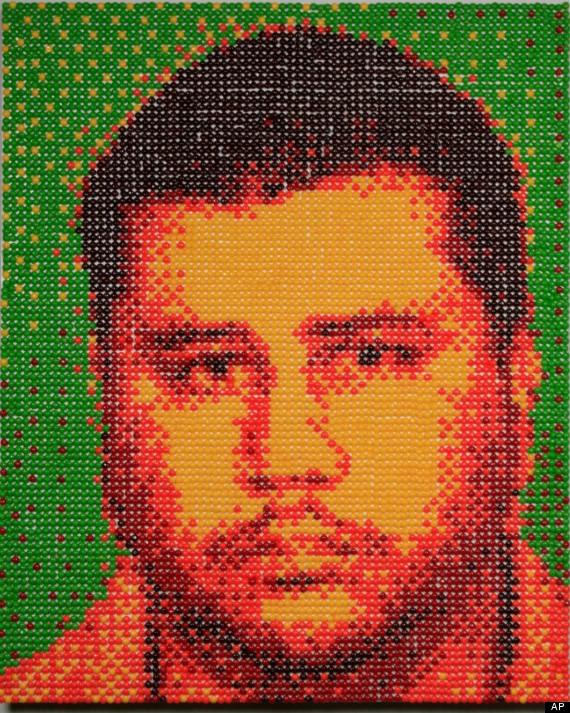 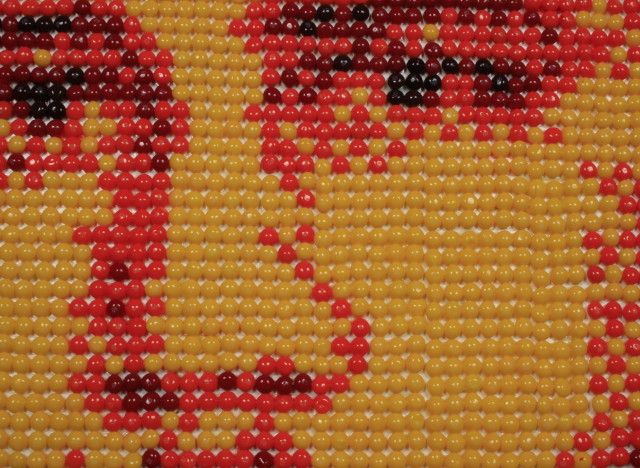 A Denver artist has created a portrait of Florida shooting suspect George Zimmerman using more than 12,000 Skittles — the candy that 17-year-old Trayvon Martin was carrying when Zimmerman fatally shot him.

The 3-by-4-foot portrait was done by 31-year-old Andy Bell, an art student about to graduate from Metropolitan State College in Denver.

Bell titled it “Fear Itself.” He says, “It’s a symbol of what happens when you let fear rule your life.”

The candies are glued to plywood and varnished. The portrait is hanging at RedLine Gallery in Denver.

Zimmerman has said he shot in self-defense. He’s charged with second-degree murder.