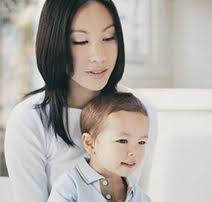 As if it weren’t hard enough already to be a single mom — or dad — a new bill in Wisconsin is associating single parenthood with child abuse. Senate Bill 507 is sponsored by State Sen. Glenn Grothman and State Rep. Donald Pridemore, both Republicans. It takes the state-funded Child Abuse Prevention Board to task for not railing against single parenthood. Grothman described to Fox 6 Now what he says is a direct association between abused kids and parents who aren’t married. “A child is 20 times more likely to be sexually abused if they are raised by say, a mother and a boyfriend, than their mother and father,” Grothman said. According to the language of the bill, its aim is to promote “public awareness of the problems of child abuse and neglect. In promoting those campaigns and materials, the [child abuse prevention] board shall emphasize nonmarital parenthood as a contributing factor to child abuse and neglect.”

More than a quarter of U.S. children younger than 21 live with just one parent, according to U.S. Census data released in 2009. Single moms outnumber single dads 5 to 1.