The WealthyTarget Bangladeshi's Poor for Organs – The Feminist Wire

The WealthyTarget Bangladeshi's Poor for Organs 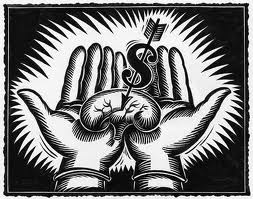 Wealthy people are bypassing donor lists by paying off poor people in Bangladesh into selling their organs. An investigative paper, authored by anthropologist Monir Moniruzzaman, examined illegal organ trafficking in Bangladesh, relaying the narratives of 33 victims who were tricked by organ buyers into having their kidneys extracted from their bodies (The Atlantic). Newspaper classified ads promising compensation with minimal safety risks convinced poverty-stricken Bangladeshis to give up their kidneys.

The high demand for organs and long waiting lists is in part what fuels this illegal trafficking. In the United States, over 100,000 people are waiting on a donor list for an organ right now, according to OrganDonor.gov. And though 79 Americans receiveorgan transplants daily, 18 people die everyday because of shortages.

The recipients of these kidneys span the globe, and trafficking is  not limited to Bangladesh. Last year, a Canadian man testified before EU judges, telling them that he paid an Israeli citizen $105,000 to arrange a kidney operation after doctors had told him that getting a transplant in Canada might take up to 12 years of waiting, the AP reported.