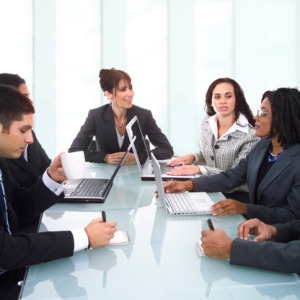 The European Union is moving closer to introducing mandatory quotas for the number of women on company boards after businesses failed to make sufficient progress in gender equality over the past year. Justice Commissioner, Viviane Reding, said Monday that at the current rate it would take more than 40 years for women to hold 40 percent of board positions in Europe’s publicly traded companies.

The European Commission, the EU’s executive arm, said that over the past 12 months, only 24 companies had signed a pledge to ensure that 30 percent of their board positions are held by women by 2015. By 2020, that figure should increase to 40 percent. At the moment, only one in seven — or less than 14 percent of — board members at Europe’s biggest companies are women, the Commission said. That’s up only slightly from just under 12 percent in 2010, and despite the fact that 60 percent of university graduates are now women.