By Catherine Morrisey on February 7, 2012@CaMo0 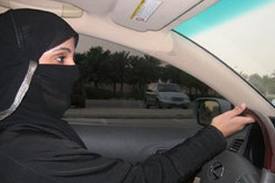 A leader of a high-profile campaign pushing for women to drive in Saudi Arabia says she’s suing traffic police in order to get a driver’s license.  Manal al Sharif told CNN Sunday that she filed an objection with the General Directorate of Traffic in Riyadh, the country’s capital, when officials rejected her license application.  After waiting 90 days and receiving no response, she filed her suit against them in November.

It’s just creating positive pressure on the officials to get back to us — and it will encourage more women to apply for licenses and file lawsuits, she said.

There are no specific traffic laws that make it illegal for women to drive in Saudi Arabia. However, religious edicts are often interpreted as a prohibition of female drivers. Such edicts also prevent women from opening bank accounts, obtaining passports or even going to school without the presence of a male guardian.