Militarism Through a Feminist Lens – The Feminist Wire

Militarism Through a Feminist Lens

A feminist perspective on military sexual trauma (MST) and the culture of rape in the U.S. armed forces is vital to the sustainability of our nation’s defense. Any commentary that argues otherwise is irresponsible and flawed. Women, in particular, are hammered to believe that when in combat areas of interest, they are expected to perform and work within a hyper-masculine framework. What is most disheartening about comments regarding a feminist critique of the severity of MST is that they ignore women’s contributions to the military in combat and non-combatant roles. 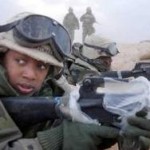 Liz Trotta, a conservative FOX News correspondent, made headlines recently after making several disturbing statements regarding the role of women in the military: “The military is not a social services operation or a testing ground for gender wars. It is a fighting machine. Yet male troops are now encumbered with the realities of feminist biology. Women are not as strong as men. Their instincts and reactions in crisis are markedly different. There’s a reality the left will not face. Biology is destiny.” Contrary to Trotta’s outlandish misconception, women and men function as inclusive and separate entities under the same command because of conceptualized (and accepted) forms of sexual discrimination and coercion. This was also duly noted during the Republican debate, as all four candidates offered varying degrees of support to include women in combat. In a world of “total warfare,” former House Speaker Newt Gingrich said, “anybody serving our country in uniform virtually anywhere in the world could be in danger at virtually any minute.” Thus, a critique of the rhetoric of whether or not women should be allowed to hold combat positions similar to those afforded to their fellow male soldiers, or if MST is a woman’s issue at the helm of a feminist agenda, is always necessary because such critique addresses systemic oppressive forces of sexual violence and harassment. 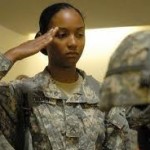 During defensive times of war’s impending promise of death, gender is not a factor. Women’s lives are equally at stake. Death and sexual violence are often the destiny and reality of what Trotta calls a “feminist biology.” Respectively, the expectation that war produces inhumane aggression between fellow soldiers only impedes operations of the “fighting machine.” Sexual aggression is repressed long before a soldier steps onto the front lines because the societal rhetoric of war and militarism is that violence begets violence. Hence, the culture of rape is merely heightened and glorified during combat.

To counter this illogical standpoint theory of why a feminist critique is impermissible, I would like to interject that there have also been reports of military sexual trauma from men as well. Although women are at a greater risk of experiencing sexual assault or rape, sexual violence between men is also occurring at an alarming rate, irrespective of sexual orientation. This exemplifies the fact that violence is not discriminatory based on gender. However, MST is primarily an issue geared towards highlighting a narrative analysis for female servicemembers because alternative methods have to be enforced to ensure that their safety, job security and emotional well-being are addressed. Per reports from the Department of Veterans Affairs, female servicemembers are at a greater risk for homelessness and post-traumatic stress disorder, both of which result from MST. Policy implementation is based along gender lines due to the historical fact that women are more likely to be underpaid and overworked and less likely to report incidences of sexual harassment. To fully address MST, there has to be an acute observation of the outcomes of reporting procedures. 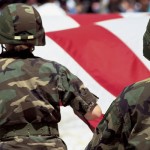 With the onset of recent lobbying and litigation to tackle the Pentagon’s lackluster reports on the progress of victims who are battling MST, it should come as no surprise that the rise in advocacy surrounding these issues has increased. Visibility is paramount as news coverage documents women’s experiences, and grassroots organizations are taking a leap of faith to shame the U.S. government’s complicit involvement in perpetuating sexual violence through silent disregard. Female soldiers, airmen, and sailors have been vocal about their contributions to the U.S. military, but not always heard. And they are an indispensable and invaluable resource.

Feminist activism is interwoven in the social fabric of American politics and cultural ideals. Whenever and wherever human rights violations have occurred, a feminist lens has offered a comprehensive and, at times, authoritative, viewpoint and argument to incite values that would embrace the livelihood and well-being of both men and women. The same is true for sexual violations against men and women in light of MST. I sincerely hope that female servicemembers will be granted the respect and gratitude deserving of any individual who has taken the oath to defend their nation. It is the highest offering of loyalty, resilience, and steadfast love. And love is also an intrinsic facet of humankind-ness.

Stephanie Barnes is a health services administrator in the U.S. Air Force and a master’s degree candidate in Women’s & Gender Studies at Rutgers University. Her current research focuses on military sexual trauma and its effects on African-American female servicemembers.