Facebook Features No Women on Its Board – The Feminist Wire

Home / College Feminisms / Facebook Features No Women on Its Board

By Catherine Morrisey on February 6, 2012@CaMo0 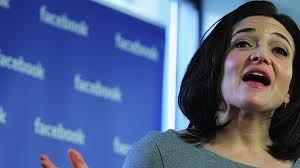 Facebook features more than 800 million users, most of which are female, but it seems it’s female dominated network isn’t represented in its board of directors. The board is comprised of seven white men.  Face to face, Facebook is dwarfed by other similar companies, who all have at least one female board member–LinkedIn and Google are among these companies. A Fortune 500 survey discovered that companies with 3 or more female members on their board outperformed those with fewer from 2005 to 2009, scraping in a 43 percent better ROE.

The highest paid female employee of Facebook is the company’s chief operating officer, Sheryl Sandberg, a public face for the company.  Although she doesn’t hold a director position, she was still the best paid senior executive last year, raking in 30.9 million dollars for her annual salary.